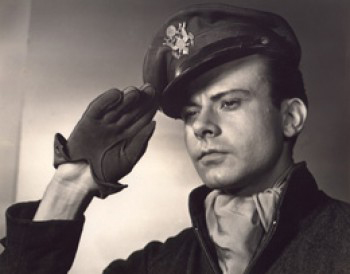 ⚫ BY WES JOE  Not code for an organized crime initiation or the name of a Eurasian land feature – the Steps is a public staircase running up the steep hillside just east of the Silver Lake Reservoir.  In 2012 L.A. honored the founding here, in 1950, of the Mattachine Society.

In 1950 L.A. was undergoing its biggest growth spurt ever.   Gay men at the State Department were being interrogated and discharged as part of the Lavender Scare.  Sex outside of a straight couple in the missionary position was a felony.  The Kinsey Report, published in 1948, was still fresh, as were Gore Vidal’s “The City and The Pillar” and Truman Capote’s “Other Voices, Other Rooms.”

William Parker was Chief of the L.A.P.D.  The Department’s leading criminal psychiatrist was Paul de River, who regarded homosexuals, both men and women, as dangers to society.  In his book “The Sexual Criminal” (1949) he recommended preventatives:   Spartan living, hard work, and – most important of all electric shock therapy, “a minimum of two shocks a week.”

By 1950 Harry Hay had been trying for two years – at parties, discussion groups, canvassing at Will Rogers– to find someone brave enough to form and join a group that recognized the existence, humanity and contributions of LGBT people.  No one was willing to take the first step until November 11, 1950.  That afternoon Harry, his then boyfriend Rudi Gernreich, Chuck Rowland, Bob Hull and Dale Jennings sat and talked for hours on the hillside overlooking the Reservoir next to Harry’s Cove Avenue residence.  Hay wrote of how “we sat there with fire in our eyes and faraway dreams, being gays.”

This was the first meeting of what would become the Mattachine Society, the first enduring organization in the nation devoted to the rights and interests of LGBT people.  (The first having been Henry Gerber’s Society for Human Rights, formed in Chicago in 1925.  That group sadly lasted only a few months before its members were arrested.)  Patterned out of necessity along the lines of a secret society, Mattachine eventually grew to include dozens of chapters and thousands of participants.  Among its successors was ONE Magazine in the early 1950s, still with us as ONE Archives at USC.

Writing about the group, Hay describes the “glorious shock” to be together with other LGBT people  “and suddenly find one another good, and find ourselves so at home and ‘in family’ perhaps for the first time in our lives.”

When the naming the staircase was first proposed, I met with Mitch O’Farrell, then aide to then-Councilmember Eric Garcetti at the top of the steps.  It was one of those rare wet autumn days with a breeze blowing unsteadily up off the Lake.  I was holding a flimsy, fluttering rainbow umbrella and gestured to it with a little embarrassment.  Mitch smiled and noted, “It’s Harry’s spirit.”

The Mattachine Step’s sign was unveiled on the 100th anniversary of Harry Hay’s birth, April 7, 2012 as part of celebration that included other events in the city, in San Francisco and in New York.  Among those at the unveiling were Malcolm Boyd, Mark Thompson, Jolino Beserra, David Byrd and many members of the Radical Faeries, another group co-founded by Harry in his later years.  Jolino remembered the first time he met Harry – “He had diamonds in his beard.”