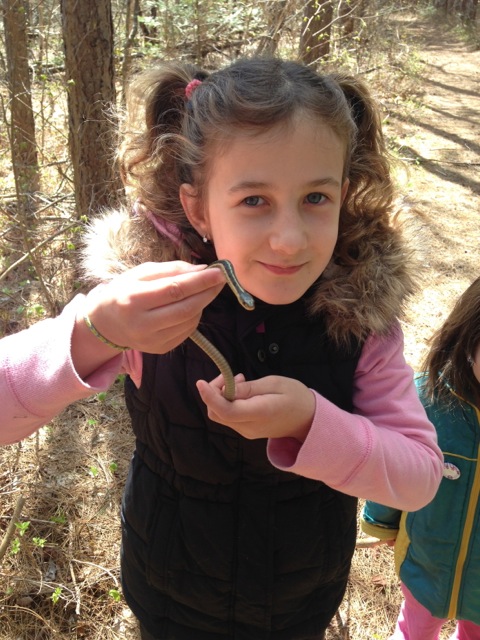 BY BOB SMITH  |  I have two children with a lesbian couple in Toronto. My daughter Maddie and my son Xander. Their two moms are Chloe and Elvira. My partner Michael lives with me in New York city. We all love Mother Nature. Like most mothers, we have issues with her. She calls everyday with weather. She’s not always right, but will never admit it. Like when she gave me ALS/Lou Gehrig’s disease. (I never call it, “Lou Gehrig’s disease.” I don’t need a celebrity endorsement for my illness.) But I still love her for the happiness she’s brought me and my family.

One time I took my mom on a gay cruise to Alaska. We went on a Sitka harbor wildlife tour. It was a warm clear day and we saw bald eagles, sea otters, a humpback whale and a mama orca and her baby that breached in unison right next to our boat. For the rest of the trip, if I suggested any outdoor activity, my mom’s response was, “Why? We’ve seen everything.”

Or the time, I was standing in the surf in Key West and an osprey landed three feet away from me. It was sweltering and it was cooling off his talons. I’ve never been that close to a bird of prey.

One of my favorite national parks is the Channel Islands. I lived in Los Angeles for nine years and most Southern Californians haven’t visited it. It’s the California coast when Francis Drake visited in 1579. It also has a lot of endemic species.  Like island foxes, Ironwood trees and scrub jays. It’s the United States’s Galapagos. A 13000 year old human bone was found on the Channel Islands, which understandably questions if the first Americans settled the continent by boat.

On my second visit to Santa Cruz Island, my friend Jaffe and his friend Michael, stopped at a “natural shrine” a notch in a hillside. Michael said, “Lets chant.”

They stood next to each other, facing the divot in the hillside. Then they started chanting in an asian language I didn’t recognize.

Their dispute made me achieve comic nirvana.

My kids love wild animals as much as I do. Xander has a thick illustrated book of mammals, and though he’s four, when I point to any picture, he can name the animal — from a gnu to a platypus. After a visit to Buffalo’s zoo, Xander imitated gorillas for the next month. And when her teacher went around Maddie’s class asking each student what animal they’d like to be, there were crates of dogs, cats, and bunnies. Only Maddie said, ‘A pygmy marmoset!’ My favorite picture of Maddie is of her holding a tiny earthworm in her palm. Her delighted smile seems to say, ‘Look at this slimy, precious jewel!”

I was the same kid. The first adult book I owned was a Reptiles and Amphibians guide book. A recent photo of Maddie shows her smiling and holding a garter snake. I also loved snakes when I was a boy. Once, I held a garter snake in my hand and it opened its mouth and left a perfect oval of bloody pinpricks. I wasn’t stunned by the piddly pain — I was thrilled by observing a snake’s flat bite for the first time.

When I was five, my family vacationed in the Adirondacks. I was running in the woods at night and tripped over a log. When I stood up, I felt something squirming in the pocket of my shorts. I checked ii out and it was a tiny brown toad. It electrified me and I felt like I had won the amphibian lottery. There’s more of my Nature Boy adventures in my next book, Treehab.

I’m not going to let my children inherit a world where droughts don’t allow North Americans to grow enough food to feed themselves and polar bears are a memory.

The Republican presidential candidates all disgust me. They all deny climate change. Their debates are proof we don’t have to be afraid of artificial intelligent robots taking control our planet, we have to be afraid of real stupidity destroying the Earth. The natural world has been such a source of joy in my life, and I want to preserve it for Maddie and Xander. If you’re a parent voting for anti-environmental, climate-change-denying conservatives who don’t conserve anything, then child protective services should put your kids in foster care, since it’s clear you don’t care about their welfare. I’m eager to fight for Maddie and Xander’s planet, and even PETA might have a problem with my hard-hearted treatment of the uncaring. If I have to choose between the extinction of Republicans or polar bears, I’m going to pick the less-attractive species.