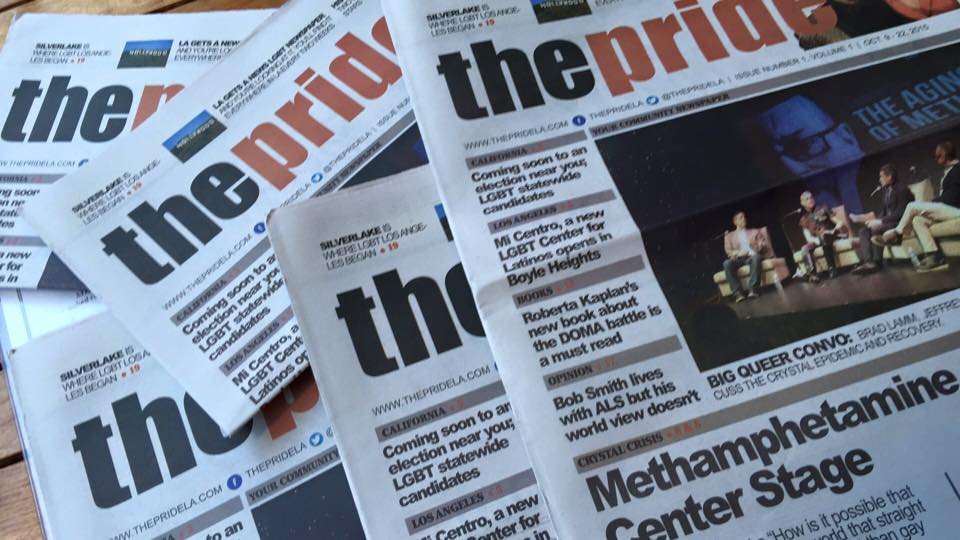 It was a decision I didn’t take lightly at all.  Launching a brand new LGBT newspaper in Los Angeles would mean I would have to experience a complete revolution in my life.

In New York, my paper Gay City News was flying higher than it had ever flown before, now part of a group of 14 newspapers with over 150 employees and tens of millions in revenues.  The paper is esteemed by the LGBT community and has won hundreds of editorial awards.  Some writers have worked on my projects for over 30 years. How could I give up that kind of stability and prestige at 54 years old?  I had started Gay City News in the foyer of my postage stamp East Village apartment.  Had I eaten rice and beans for years, suffered eviction and struggled to meet seemingly never-ending deadlines, only to leave the paper’s stewardship at it’s zenith?

Ultimately, my decision was yes.  So be it.

I have since 1989 been part of a revolution, and have been witness to and a chronicler of LGBT and AIDS history. Our community has been through hell and back.  Like many of you during the bleakest days of the AIDS crisis, I simply could not stand on the sidelines and do nothing as my gay brothers died.  Our community was pilloried at every turn and at times it seemed it couldn’t possibly ever get better.  A newspaper, keeping the gay press alive in New York, became my life’s mission.

Over the past two decades we have experienced breathtaking progress on an array of fronts, a remarkable trajectory by any measure for any marginalized people. Thanks to the work of some very smart activists, medical science was  forced to change and eventually death from AIDS became the exception rather than the rule.  Today, that same activism may have found a way for us to experience some measure of sexual normalcy. Yes, I am all for PrEP.

On the civil rights front the thread is much the same.  Sudden and dramatic progress by leaps and bounds. We went from the shadows to the stage and up the aisle in two generations. As protracted as these battle seemed the verdict was quick.  Note I did not say painless.

The Windsor decision that led a paradigm shift on gay rights also kicked off a new and more serious introspection among faith leaders.  The Pope’s ridiculousness with Kim Davis and the Vatican’s painful PR scramble aside, the conversation continues to change at a remarkable pace.

We still have lots of work to do across the country to ensure our rights are honored and that discrimination is never tolerated. We can still be fired or made homeless in some states for marrying our loved one or merely saying we are gay.

Even here in California, arguably the most liberal state in America, conservative forces seek to restrict our right to public spaces.

One thing leads to another, it seems, and these things too will get fixed. But it’s not over.

We are all making strides personally.

So, in a sense it was the narrative of steep upward progress that emboldened me to move 2500 miles across the country, to a city I have loved from afar, and start up a newspaper.

I am now thrilled to call Los Angeles home and to bring you The Pride Los Angeles, a newspaper that begins with some exceedingly powerful allies in the newspaper publishing industry, both locally and nationally.  We are part of a five-newspaper group that also publishes the Santa Monica Mirror.  The Pride is represented by Rivendell Media, the nation’s most important player for national advertising sales in the gay press. We are also THE Los Angeles newspaper member of the National Gay Media Association and the only LGBT newspaper serving Los Angeles.

In this issue, you will read a brief selection of news, a passionate and challenging call to arms on the meth crisis, an opinion piece that takes a unique look at the recent Grindr/Tinder controversy, a review of Roberta Kaplan’s new book about the overturning of DOMA, a film review of Freeheld.  We even witness Olympic history as Caitlyn and Greg have their first meeting.

It’s a start and I’m damned proud of it.

A very smart man once told me that the most valuable thing you have is your voice and your point of view.  I believe that is true for every one of us.

We invite you to be part of this paper.  Join us online at thepridelaprod.wpengine.com and on Facebook.