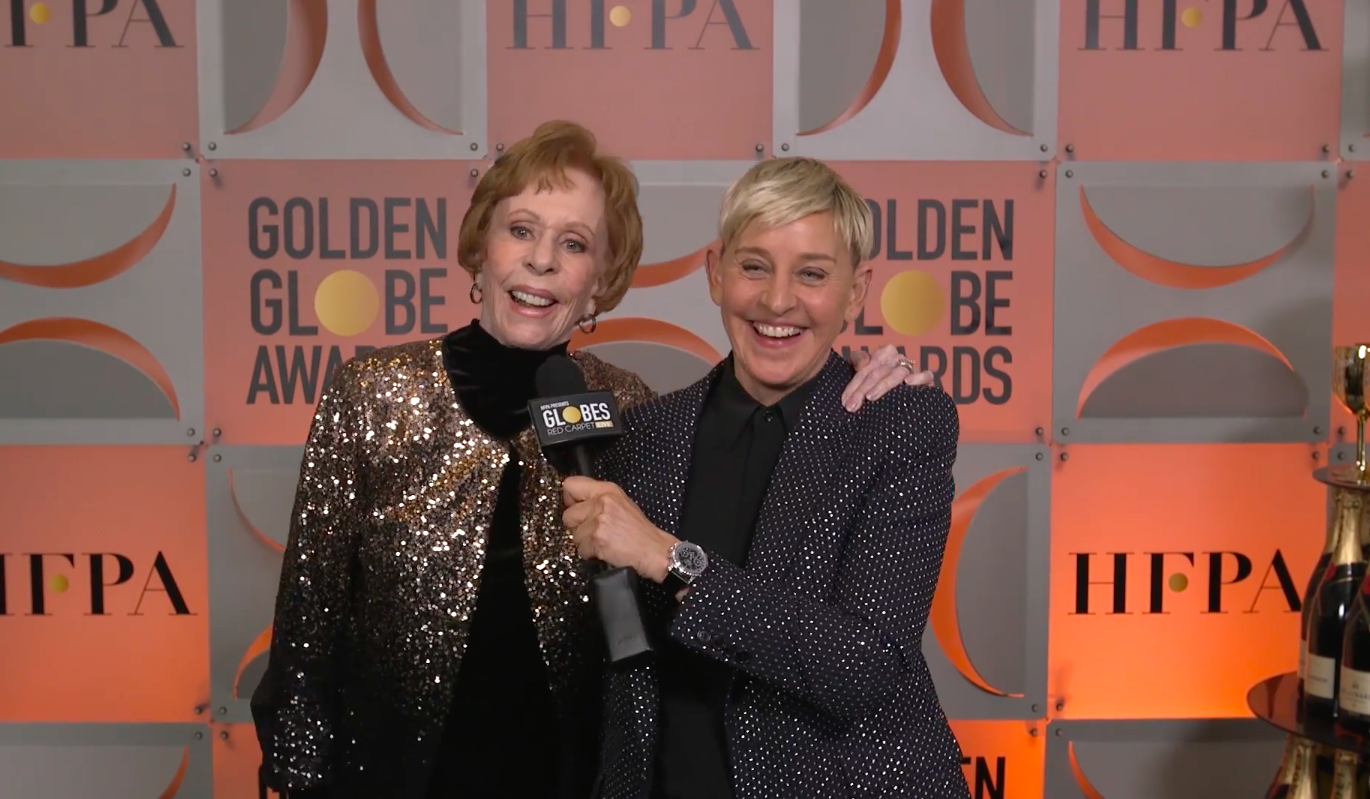 “All I’ve ever wanted to do is to make people feel good and to laugh, and there’s no greater feeling than when someone tells me that I’ve made their day better with my show or that I’ve helped them get through a sickness or a hard time in their lives,” DeGeneres said during her acceptance speech. “But the real power of television for me is not that people watch my show, but people watch my show and then they’re inspired to do the same thing in their own lives.”

DeGeneres won the Carol Burnett Award, which was created in 2018 to honor excellence in television. The award is presented to an honoree based on body of work and lasting impact their career achievements have on both the industry and audiences.

“She risked her entire life and her entire career in order to tell the truth, and she suffered greatly for it,” award presenter Kate McKinnon said. “Of course, attitudes change, but only because brave people like Ellen jump into the fire to make them change. And if I hadn’t seen her on TV, I would’ve thought, ‘I could never be on TV.’”

The Hollywood Foreign Press Association (HFPA) announced in November that DeGeneres would be receiving the accolade.

“The Hollywood Foreign Press Association is delighted to honor Ellen DeGeneres with the Carol Burnett Award,” HFPA President Lorenzo Soria said in a press release. “From her sitcoms, to stand-up, to becoming a household staple on daytime television, she is a pioneer who has captivated audiences for nearly 25 years with her undeniable charm and wit.”

On top of her television success, she is also an advocate and philanthropist for the community, Soria noted. Most recently, DeGeneres partnered with former First Lady Michelle Obama, Justin Timberlake, Robert Downey Jr., Melissa McCarthy, Chrissy Tiegen and Jennifer Aniston to donate to families for Christmas.