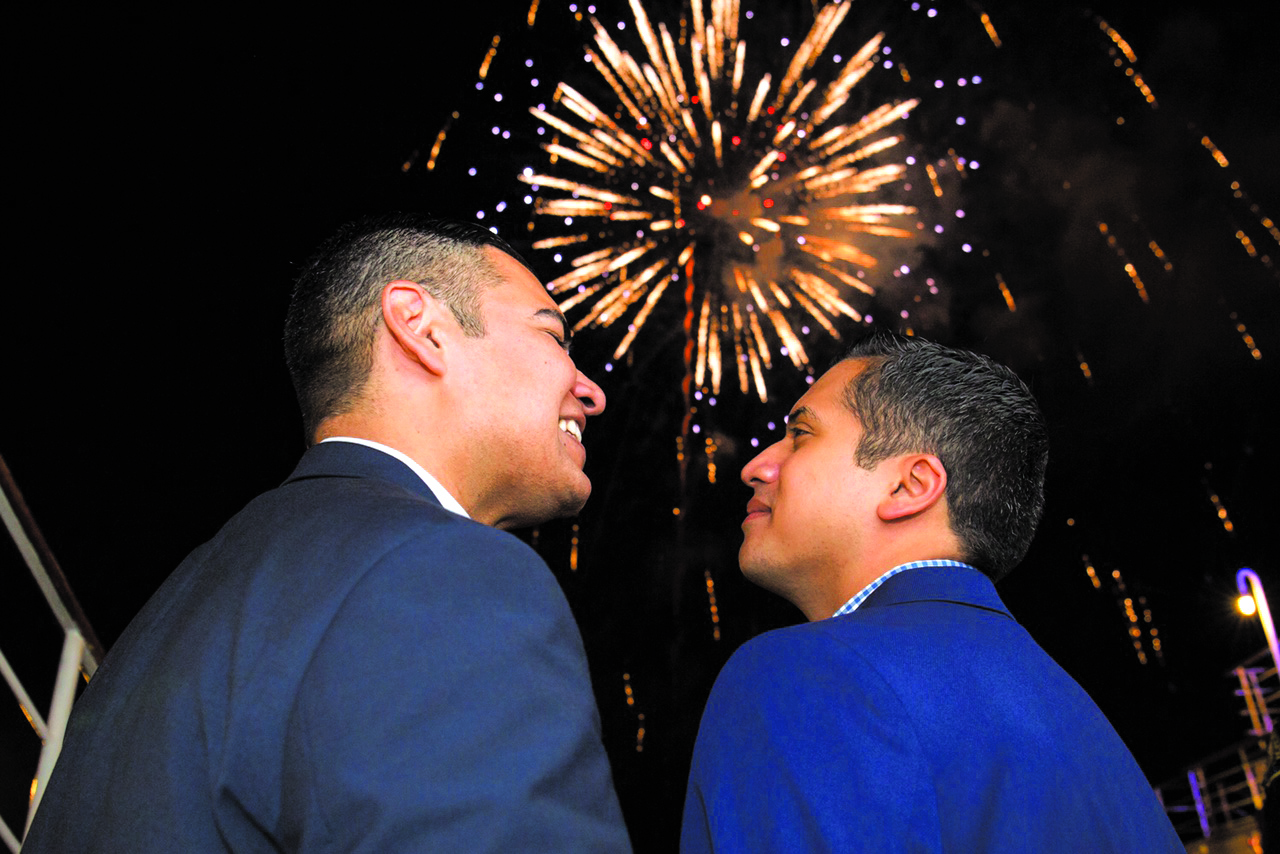 What better way to get to know the man running a city with one of the largest LGBTQ+ populations outside of San Francisco than over a Thanksgiving feature? The Pride L.A. met up with Long Beach Mayor Robert Garcia to discuss food, family and the future of the local queer community.

What are your Thanksgiving traditions?

Actually for the last the last 10 years it’s been switching back and forth between me and my partner’s family. One Thanksgiving here in Southern California. another one San Jose and we’ll go back and forth.

We are actually getting married in December. So we’re actually hosting them here this year because we’re so busy… Our tradition is just Turkey, ham and mashed potatoes and all sorts of traditional Thanksgiving food. Just a lot of eating, and my mom over-feeding me and that’s that. And then just relaxing. We oftentimes go see a movie or, just relax with the kids.

Does your family have any fun Thanksgiving or holiday traditions.

We really just get together and laugh and eat. Everyone would just overcook and have tons of leftovers for like a week later. I eat turkey and I have more turkey sandwiches for like a week.

What is your favorite Thanksgiving side dish?

My favorite Thanksgiving side is the sweet potato casserole that my aunt makes.

Does it have marshmallows on top?

Not ours, but it’s so good. It’s a sweet potato with like you know, eggs and some sort of like sweet crab, and it’s probably like 3000 calories.

That sounds so good. What’s your favorite pie flavor?

Could you comment a little bit about the importance of like friends giving in the LGBT community.

I think it’s very important. I think that that’s something that I do as well. We almost always have a friendsgiving before Thanksgiving at some point. Most of my friends are pretty close to family. You know it’s no secret that one of the busiest nights of the year for some of the gay bars and Long Beach is Thanksgiving. And so you know, there are people in the community that are as close to family. There are those that would like to spend [Thanksgiving] with their gay family.

Is there anything else you’d like to say to the LGBTQ community?

We have to be responsive to the needs of other minority groups and it’s not enough to say gay marriage and trans rights. We have to also fight for women’s rights and rights of immigrants, stand up for low income people. Now more than ever. We are together stronger together.