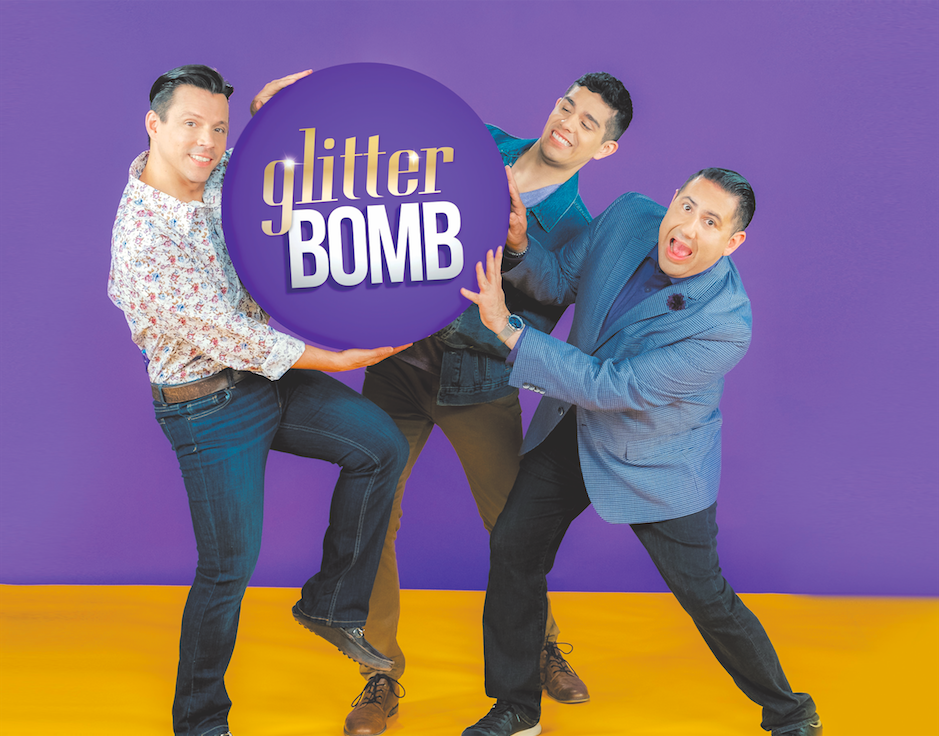 With the premiere out this past Thursday, “Glitterbomb” is here to build bridges to the everyday gay community.

Like a pesky flake of glitter gleaming on your arm days or weeks after a wild night out at the Abby, LATV’s “Glitterbomb” will stick with you.

“I want something that we say or do to stick,” “Glitterbomb” cohost Alexander Rodriguez said. “I want you to think about it two weeks later and it makes you smile or laugh… And so our tagline is ‘keep calm and glitterbomb.’”

The daytime talkshow premiered Thursday, Sept. 20. Produces wanted to create something along the lines of the “Gay View,” Rodriguez said.

“What we wanted to set out to do was an all-inclusive show,” Rodriguez said.

Rodriguez and his other cohosts, Patrick Gomez and Enrique Sapene, are members of the LGBTQ+ community, yet their guests range anywhere on the sexuality spectrum, racial or national identity and come from all walks of life.

“We’re not the go-go boy and drag queen show – which there’s nothing wrong with that  at all… there’s a time and place for that – but our show is… we’re the everyday gay person,” Rodriguez said.

With National Hispanic Heritage Month around the corner, “Glitterbomb” takes a look at the intersectionality of the LGBTQ+ community by celebrating and inviting the often-conservative Latinx community to see queer Latinos in a different light.

“We’re the gay person living across the street from you, standing next to you at the grocery store, the person you work with,” Rodriguez said. “We’re normal gay guys. We have our problems. We don’t fit the molds, we don’t fit any of the labels. No stereotypes…”

Rodriguez and fellow cohosts aim to educate the community on the diversity of the local community. They found themselves teaching and learning inclusivity from day one on the set.

“The crew and producers – as far as the LGBTQ community goes – had no idea how to speak our language. So we had to learn how to speak their language”

Rodriguez said that this included speaking spanish and learning different gradients of the Latinx culture on set as well as teaching them the colloquial  deffinition of “guurl.”

“It’s so important to understand your culture and be proud of you culture, but also understand how it mixes into this nation because this nation is made up of so many people,” Rodriguez said.

Over the course of the season, the weekly talkshow will interview celebrities, former Miss USA pagent winners, daytime drama and Latin telenovela actors, reality show competitors and more. Conversation will be fun, fast and sassy.

Series premiere episode guest was Jenn Lyon from TNT’s “Claws.” Other guests include Justina Machado from “One Day at a Time,” the winner of “The Bachelortte” and many more entertainment personalities.

For airdates and more information, visit the show’s website at www.latv.com/shows/glitterbomb.