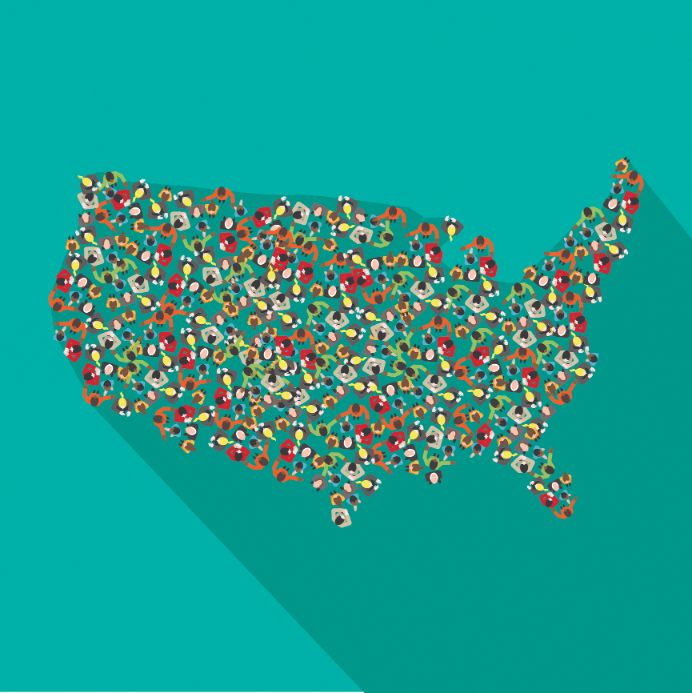 The Department of Justice wants to stop collecting data about the sexual orientation and gender identity of 16- and 17-year-olds, officials announced this week.

The National Crime Victimization Survey is a twice-annual report that collects the data of up to 135 thousand households to understand the “frequency, characteristics, and consequences” of crime in the United States, according to the Bureau of Justice Statistics. Since 2016, the NCVS has given participants 16 and older the option to confidentially list their sexual orientation and gender identity. The survey has been especially useful for acknowledging under-reported crimes.

In a statement released on Wednesday, the DOJ announced its intentions to raise the minimum age “due to concerns about the potential sensitivity of these questions for adolescents.”

The move drew a quick rebuke from advocacy groups, including the University of California-Los Angeles’ Williams Institute, a think tank dedicated to LGBTQ+ research and public policy. In a statement, the Williams Institute argued for the necessity of the data, saying it was essential for understanding violence against LGBTQ+ groups.

“The Bureau of Justice Statistics at the Department of Justice has been a leader in advancing knowledge about the LGBTQ+ population, but the Bureau’s new leadership seems to want to bury its head in the sand,” Director of Federal Policy Adam Romero says in the statement.

For instance, in August 2016, the Center for Disease Control and Prevention published data that detailed the health disparities and high rates of violence suffered by lesbian, gay, and bisexual high school students. The groundbreaking report has been “hugely important for designing public health programs run out of the CDC,” according to Byard.

On the CDC’s own website, the agency states, “Collecting information about students’ sexual identity and about the sex of their sexual contacts is necessary.”

While LGBTQ+ advocacy groups do not deny the sensitivity of the questions, they find the DOJ’s argument disingenuous. “Youth have been answering questions about their sexual orientation for years, in numerous studies, as well as on federal surveys,” said Kerith J. Conron, Blachford-Cooper Research Director and Distinguished Scholar at the Williams Institute.

Conron points out that two other national surveys have asked similar questions to even younger respondents. The 2015 Youth Behavior Risk Survey included respondents as young as 13, and the National Survey of Family Growth polls subjects as young as 15.

“We know that LGBTQ+ youth are more likely to be victimized, sometimes by their own families, and we need data from the NCVS to learn whether crimes are reported and how the criminal justice system is responding to young LGBTQ+ victims,” said Conron. “Instead of dropping these items from the NCVS, which were cognitively tested and performed well, the Department of Justice should focus on making it easier for youth to answer questions by investigating strategies to improve the data collection process.”

This latest move falls into a strategy of the Trump administration to ignore LGBTQ+ people into bureaucratic nonexistence, denying them use of government protection and services. For historically marginalized groups, the political nostalgia of “Make America Great Again” always represented a red flag of regressive policy. There is no “again” for racial, ethnic, sexual, or gender minorities; there is only the hard-won progress accrued over the last few decades and the current threat to that progress.

Premium first aid brand, Welly is excited to announce they have partnered with PFLAG to celebrate Pride month.  Founded in...

In an effort to be more inclusive the popular social media platform Instagram has finally introduced pronouns on user profiles. ...