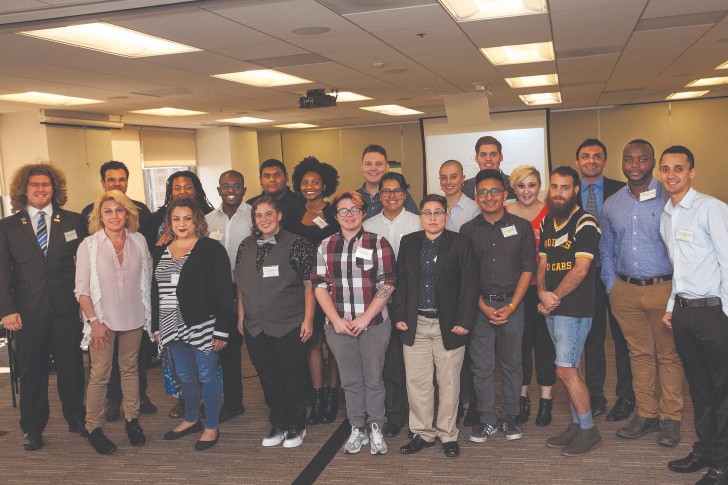 From Ivy League Universities to smaller local colleges, LGBTQ+ students have a history of academic excellence across disciplines. But with so many LGBTQ+ kids growing up in underprivileged or intolerant households, the notion of an affordable 4-year college can be a stretch.

The Los Angeles-based Point Foundation has been helping LGBTQ+ kids receive higher education since the early 2000s. In recent years, the foundation’s work has focused on getting students from Florida and California assistance with affording tuition for some of the top community colleges throughout each state. Since 2016, the Point Foundation, in association with Wells Fargo Bank, has created the Community College Scholarship for LGBTQ+ students in need. In addition to receiving help with tuition, students get coaching and guidance during their academic journey and don’t have to worry about a debt-riddled future post-graduation. Starting March 1, 2018, LGBTQ+ students can apply for $8,000 to go toward the yearly tuition costs of any community college of their choice.

“Due to lack of familial and community support, LGBTQ+ students often come from resource challenged backgrounds,” said Jorge Valencia, Executive Director and Chief Executive Officer of Point Foundation. “Many are also the first in their families to try and navigate a path to higher education. Moreover, right now the LGBTQ+ community is under attack from those who want to roll back important rights and protections we have fought hard to attain. So, it is imperative that these students have access to much needed financial support and academic guidance that will allow them to succeed in college and beyond.”

Since 2002, the Point Foundation has given out over 400 scholarships to LGBTQ+ students in need.