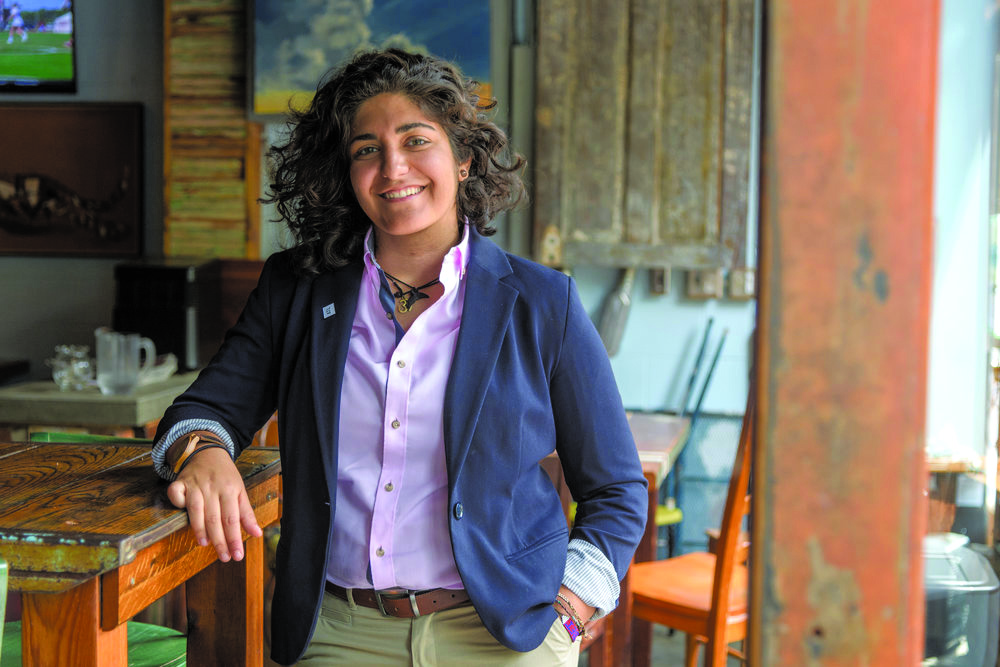 Atlanta is one of America’s most diverse, forward-thinking Southern cities. Of course, it still has its problems.

“Kids would ask me how many goats I was going to be traded for on my wedding day.” Liliana Bakhtiari told Teen Vogue about her schooling in the highly-white Gwinnett County area near Atlanta. As one of only a few non-white students in her class, Bakhtiari knew from a young age what it was to feel like an outsider.

That’s why she’s choosing to run for a District 5 Atlanta City Council seat. As the child of second-generation and first-generation Iranian-American parents, Bakhtiari has seen firsthand how poverty, racism, and huge gaps in class representation can come to define a city. She’s also, at 29, already been around the world.

“I’ve done work with everyone from genocide victims to torture victims . . . to sex-trafficking victims,” she told Teen Vogue. “I worked with children who have been trafficked, as well as young women. And I did a lot of infrastructure work. I did a lot of building houses and composting toilets, and also did work around food accessibility and water scarcity, and a lot of environmental justice work.”

Bakhtiari also has already done her share of work with underprivileged communities in Atlanta, serving on the board of a nonprofit organization that seeks to aid LGBTQ+ homeless youth. If elected, she’ll take the work she’s already been doing and try to implement it on a city-wide scale. She’s been vocal about how Trump stands against “everything she is” and wants to fight against his destructive national policies by strengthening her own local government.