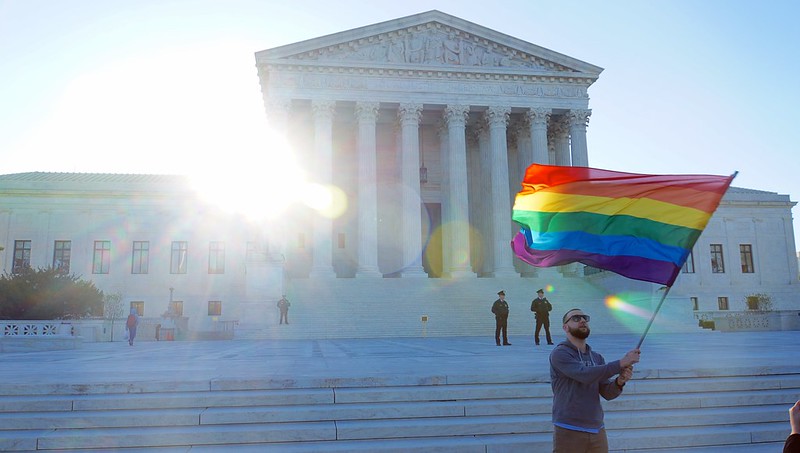 Los Angeles-area leaders are celebrating the Supreme Court of the United States (SCOTUS) decision Monday in three employment discrimination cases that employees cannot be fired because of sexual orientation and gender identity.

“Federal courts have consistently determined that discrimination on the basis of sexual orientation and gender identity is unlawful under Title VII,” said City of West Hollywood Mayor Lindsey P. Horvath on Monday. “Today’s landmark ruling affirms what Federal courts and LGBTQ leaders across the nation have been loudly proclaiming for decades: that no person should be fired or denied employment for being lesbian, gay, bisexual, or transgender. Today marks an historic win as we celebrate Pride Month in West Hollywood and in cities across the nation.”

“In these times when the federal government is ruthlessly attacking LGBTQ rights, I am grateful to see SCOTUS affirm that Gender Identity and Sexual Orientation are protected characteristics within the meaning of Title VII. LGBTQ people have the right to work, in all 50 states, without fear of losing their jobs due to discrimination,” Kuehl–whose 3rd District includes West Hollywood–said.

“To those who argue the Civil Rights Act of 1964 could not have foreseen questions of sexual orientation and gender identity, it is now decided that ‘the limits of the drafters’ imagination supply no reason to ignore the law’s demands,” said the Los Angeles LGBT Center.

Each of the three cases involved an employer firing a long-time employee shortly after the employee revealed that they were LGBT.

Despite this victory, the Los Angeles LGBT Center said more needs to be done. Just last week, the Department of Health and Human Services instituted a rule that seeks to roll back anti-discrimination protections in the Affordable Care Act for LGBTQ people in the midst of a public health crisis.

“Black LGBT people still face deadly intolerance and discrimination at the intersection of their identities, reminding us that none of us are free until all of us are treated equally under the law and by society. Just last week two more Black transgender women, Riah Milton and Dominique “Rem’mie” Fells, were murdered, as was Rayshard Brooks, another unarmed Black man killed by the police this weekend in Atlanta,” the Center said. “There are still far too many intentional gaps in federal law that allow for LGBT people to be discriminated against in federally-funded programs, including hospitals, colleges, adoption agencies, and public accommodations like hotels and restaurants.”

“We call on Congress to use today’s decision to align with the Court and the overwhelming majority of Americans and pass the Equality Act to ensure full federal non-discrimination protections for all LGBTQ people,” the Center added.