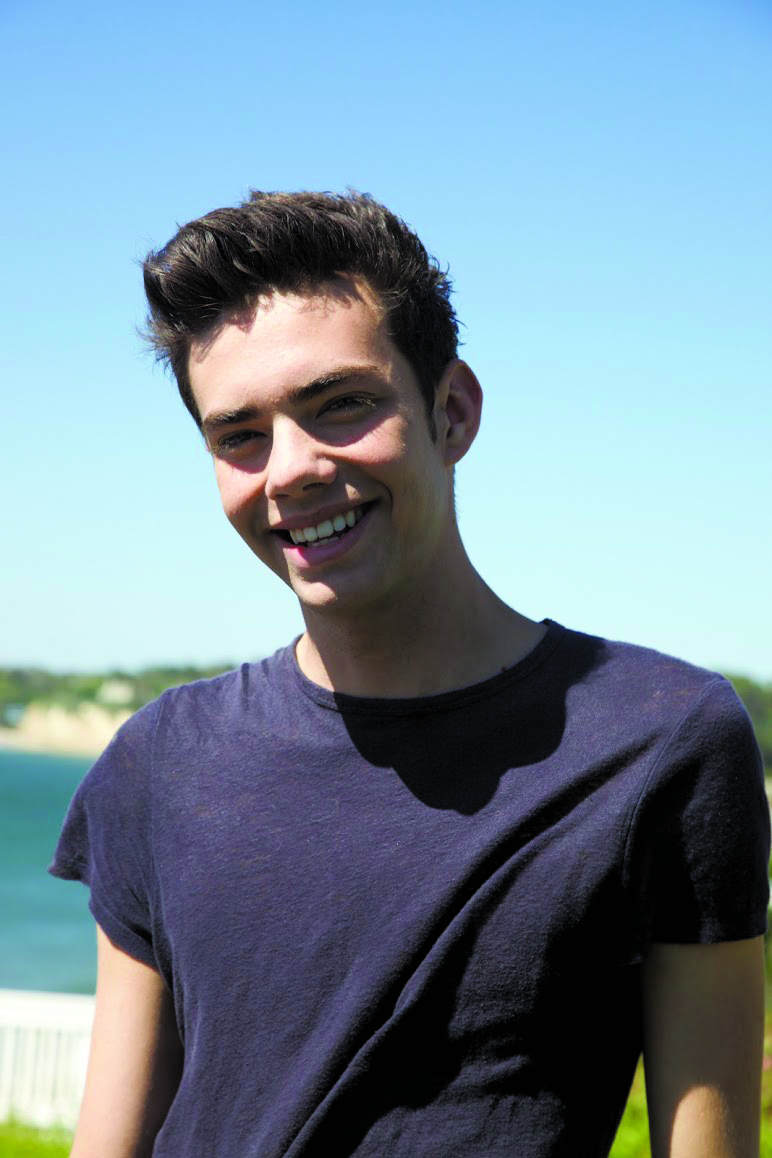 Listen up, kids: The days of “True Life” and “The Hills” are over – and nobody really misses them. The fluffy, gossipy teen reality shows of yesteryear have given way to shows that provide actual inspiration for thousands of kids across the country. And when it comes to impactful, real-time, reality television, it doesn’t get much realer than AT&T Hello Lab’s @SummerBreak, a YouTube show that tackles the heavier side of being a teen. With a new group of teens to follow each season, @SummerBreak looks at the lives of a group of kids over the course of a summer in Los Angeles as they find themselves, get their hearts broken, and come of age. This season, one of @SummerBreak’s rising stars is Isaiah Wood, an LA-based teen who came out when he was in eighth grade. When I spoke to Isaiah, he had just turned 17 a few days before, and was about to embark on another series of talks in middle schools across Los Angeles about the importance of coming out, embarking on healthy relationships, and learning to be true to yourself.

How did you get involved with @SummerBreak?

I used to watch the show when I was younger, and I noticed that this year the show is more focused toward helping the community and I loved that. I tried to get involved as quickly as I could. The past experiences I’ve had through it have been incredible. It’s really supplied me and cast members with a platform from which we can try to inspire other kids, and that’s really special.

Would you say @SummerBreak has helped you expand your audience?

It definitely has opened doors for me and given me a wider audience than I ever could have imagined. I’ve been going to different middle schools around Los Angeles and I’ve been trying to give them proposals for me to teach next year and have assemblies. But with @SummerBreak and their audience, it really has expanded the platform. I’m so grateful for that.

What are some of the main benefits of coming out as early as you can?

My personal experience was that before I came out, my life was so dark and it was hard for me to meet people’s eyes. I couldn’t really make friends because I didn’t feel like they were making friends with my genuine self. Right when I came out and actually built up the confidence through a support system, my life opened up. I started smiling more and there was this juxtaposition between light and dark that was so special to me. I felt like I had to share it with other people. I think that’s the most important thing. Like, yes, life is life, and there are challenges to coming out, I’m not saying that there won’t be, but there are also building experiences and I just want to share the positive part. I think in general it should not be something to think of as traumatic.

What are you most excited about sharing with other kids?

I want to bring to the table a more relatable personal voice, because I’ve just been through a coming out experience, and I’m still going through it. I’m still in high school, I’m still dealing with the trials and tribulations, and I think if they hear a voice they can relate to they’ll really hear what I’m saying. It will get through to kids and that’s the most important thing.

What kinds of things do you want to discuss in your school talks?

My goal is to just expand the conversation and try to deepen it past what’s already being taught in the requisite health and sexuality courses. The curriculum as of now. Everything I can cover, I will cover–especially stuff like sexual health and having healthy adult relationships, things that aren’t really talked about. Anything, just coming into your identity. Because it’s not just coming out. It’s coming of age, the whole experience. I want to deepen the conversation and expose the light. The positive side.

Have you had certain conversations with people your age that stuck with you?

Yes. I’ve had different experiences and talks with a lot of different kids who have had different experiences than me. I come from a progressive family, my mom has supported me through everything, and I’ve met kids who, they’d have to run away from home, they were scared physically of what could happen. When kids come to me who aren’t supported, I give them the hotline number, and these kids are close to me, so I always say my home is open to you. My mom is a therapist and has a whole therapy group, so there are therapists throughout LA that I can connect them to. PFLAG is also a great resource.

What are your plans for the future?

When I think of the future, it’s on a more national level. I think I can reach that by focusing on the digital platform. Me and my mentors are thinking that we should do something along the lines of reaching out once a week with a word, ‘self-esteem’, identity. And spread that out across the country, since images can speak a lot louder than words sometimes. We’re thinking of posting on social media to help spread that message. That’s how you reach this generation.

So you’re pretty set on being a full-time advocate.

This is what I’m committed to. When I think about college, I think about giving myself research and knowledge to spread around, but this is definitely my goal. If I had to see myself in 10 years, my goal is to be a prominent thought leader in gender politics and be a voice that means something. My experience was so amazing I feel like I want to share it and get as many kids as safely through that process as possible.