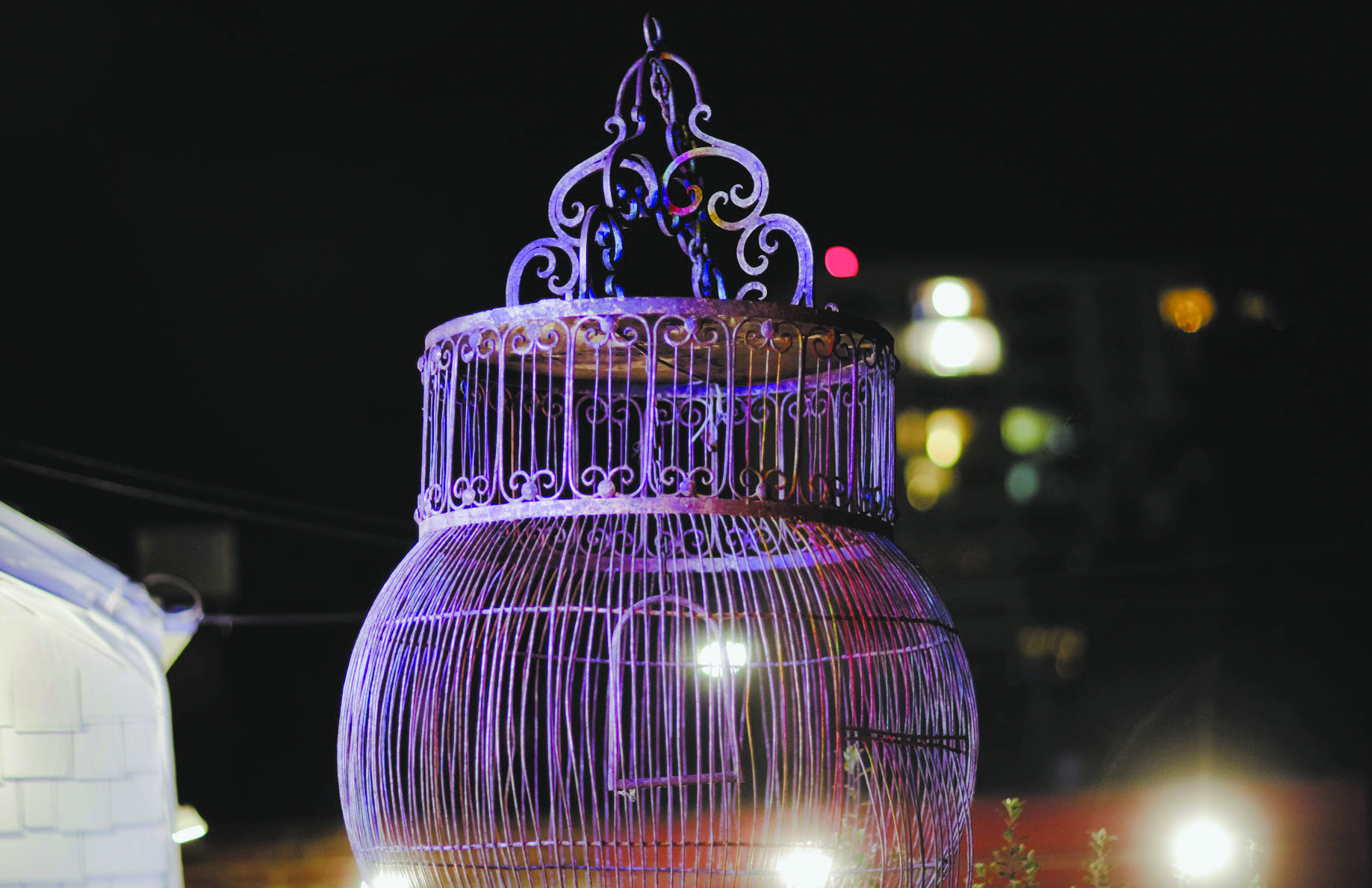 When I first tried to reach out to Garrett Gerson, the co-founder of The Birdcage, my email bounced back. I wasn’t that surprised: the address haaaygirl@thebirdcagesm seemed like an inside joke: A deterrant, perhaps, to folks wanting to get information about Santa Monica’s mysterious new spot without actually setting foot inside. Which is really, according to Garrett, not the point.

“We wanted to grow naturally within the community there, we didn’t do a ton of roll out,” Garrett said.  “We let it grow organically.  We wanted to service everyone in the Santa Monica area. It’s really taken off and grown faster than we’d thought.”

Garrett and his brother Garner started the project quietly in December, with an official public opening March 1 of this year. With no real publicity, roll-out and only word-of-mouth reviews to go by, it’s taken off in no time.

“The house has been in my family for almost 40 years,” he said, referring to The Victorian, of which The Birdcage is part. “It’s been all types of different things. My brother and I have been talking for years about wanting to open up a really cool gay lounge that would be different than the stuff that’s out there right now. The Birdcage is our favorite movie. We watched the DVD all the time when we were travelling through Italy. My brother is straight, and his roommate at that time, this big football jock from Boston, when I came back to Italy in six months to visit them, they had Birdcage dialogue down.”

The grand house is more homey than you’d expect. A throwback to a perhaps not simpler, but much gayer time and place.

“My grandmother was an artist and a sculptor, so she had incredible taste, a postmodern kind of feel. All of our properties are inspired in some way by her and her aesthetic. It’s that 60’s early 70’s vibe. The whole exterior – we’re always changing it week to week. What we’re trying to create is this feeling that you’re in Miami in the 70’s,” Garrett explained.

He pointed out that since the closing of Venice’s Roosterfish in early 2016, nothing has sprung up to fill the void of gay bars in the area. And with plans to join forces with Venice Pride this year, The Birdcage isn’t going to stay Santa Monica’s best-kept secret for long.

It’s almost a postmodern concept – the hidden-in-plain-sight gay bar that’s really an all-sexualities bar. This is on purpose: Garrett envisions a place where sexuality isn’t the center focus, but rather an environment in which the straight, queer, and curious can mingle without fear of reproach.

“I wanted to bring something together where there’s no distinction of sexuality. That’s the ultimate goal. There are a lot of guys coming who are like USC bros, Loyola Marymount jocks, and some of them are curious and trying to figure out themselves which is fun, some of them love that it’s super inclusive. It’s our way of promoting tolerance through experience,” he said.

On the face of The Birdcage is a painted quote Garner found on Instagram, stating: “Peace, Love, No Violence, No Homophobia, No Sexism, No Racism.”

“We had to paint it several times,” said Garrett. “The letters are crooked. We’re trying to get it straight.”

But not too straight.