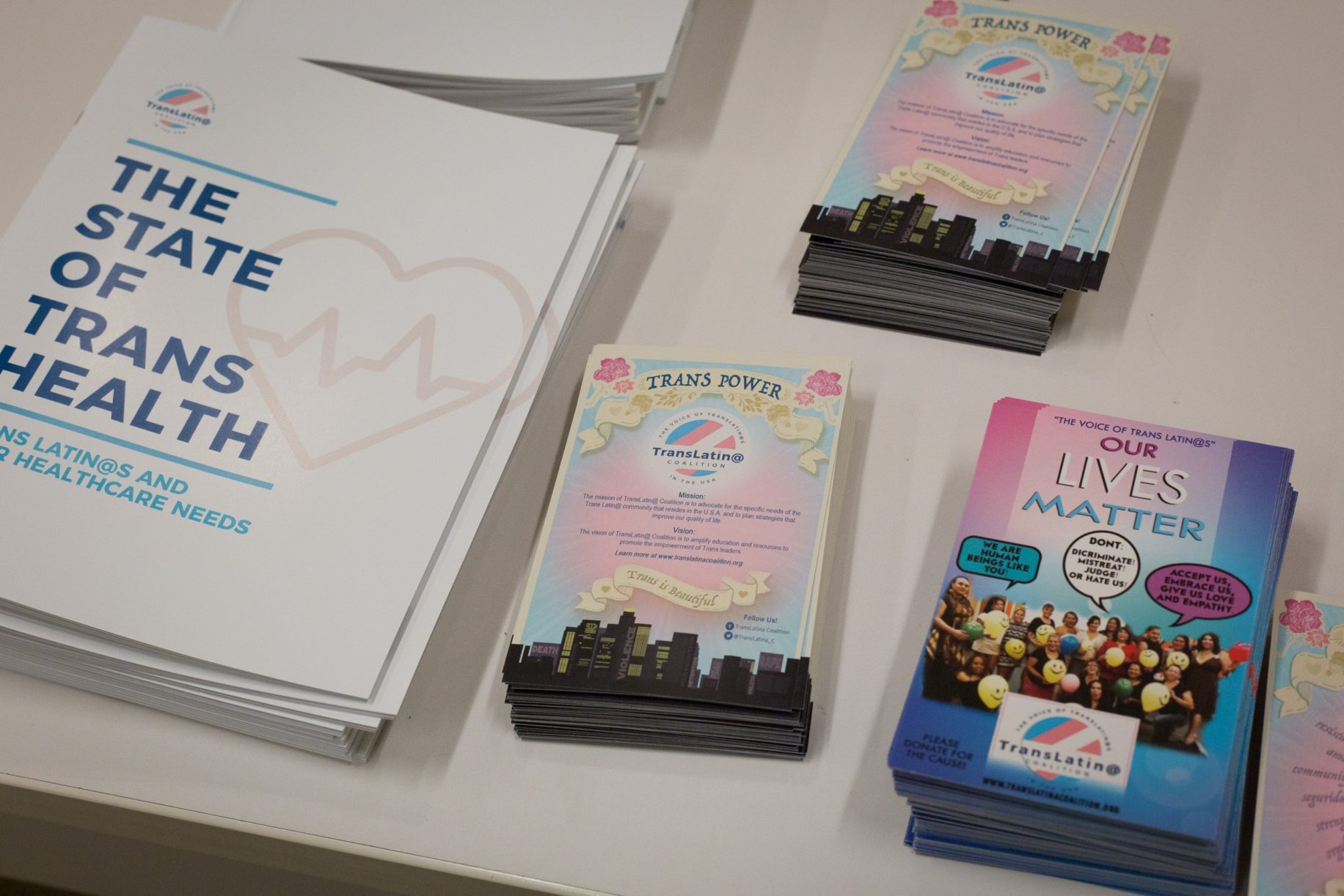 BY JACQUELINE CARAVES, PHD |  Trans people experience injustice and discrimination in every realm of their lives.

Of those murdered this year, close to 90% were Trans women of color. According to the largest study on Trans discrimination in the U.S., Injustice at Every Turn, Trans people of color face higher rates of poverty, homelessness, HIV positive status, and attempted suicide.

For undocumented Trans Latin@s discrimination is exacerbated. On November 20th, Transgender Day of Remembrance, we honored Trans lives that were lost to anti-Trans violence. In honoring those who courageously passed in the face of violence, we must also honor and ensure the victory of Trans individuals who are still here.

In an effort to do just that TransLatin@ Coalition, which is a Trans led and Trans run national nonprofit organization advocating for the dignity and respect of Trans Latin@s, lives its daily mission. Earlier this week, TransLatin@ Coalition released its groundbreaking report, “The State of Trans Health: Trans Latin@s and their Healthcare Needs.” The report brings visibility to the needs of the Trans Latin@ community in Southern California, and an understanding of the various components of Trans Latin@ lives and what allows them to be physically, socioeconomically, and emotionally healthy individuals.

I joined with TransLatin@ Coalition President and CEO Bamby Salcedo to put together this timely and necessary report. The report was developed using a community-based participatory research approach. Community members and organization representatives were involved in all aspects of the process. Salcedo, Caraves, and members of TransLatin@ Coalition contributed their knowledge and expertise in the decision-making process of the research design, from collaborative development of the survey, to the collection of surveys, analysis of the data and writing of the report.

A majority of participants reported that when it comes to both medical and mental healthcare, a lack of personal resources and long distances from services resulted in not receiving the healthcare they need.  Accordingly, 43% of participants strongly agree that their mental health needs are not being met because of a lack of support groups. In all cases, fear of discrimination from practitioners and staff resulted in needs not being met. The report is an important snapshot and highlights the great need to have Trans-competent medical and mental health practitioners on staff to best serve this community.

One surprising finding was the affinity for spiritual services. An overwhelming majority (76%) indicated that they believe their spirituality is important to their overall health and well-being. In addition to peer support groups, and the support of Trans friends and accepting family members, spirituality is a major source of resilience and empowerment in the Trans community.

Ultimately, this report is a call to action for employers, service providers, medical and mental health practitioners, legislators, and key stakeholders in the community. It is not enough to only honor Trans lives in November; we must honor and remember Trans lives everyday. Hire Trans people if you are an employer. Treat Trans people with the dignity and respect they deserve as your patients, clients, peers, and fellow human beings. Join hands with the Trans community and break down the barriers that a lot of Trans people face just by the nature of their gender identity. Trans violence and discrimination is not a Trans issue, it is a human issue.