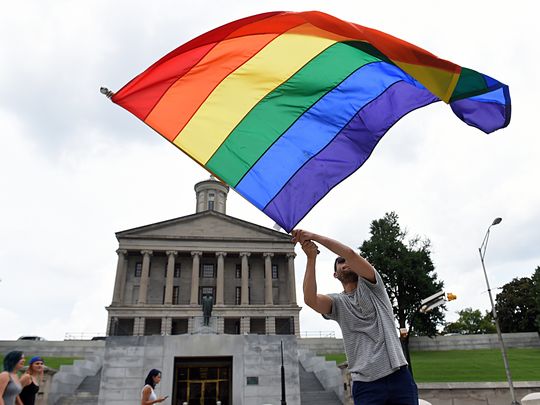 BY TROY MASTERS  |  On the same day North Carolina passed its discriminatory bill, a bill in the Tennessee Legislature seeking to underscore the right of clergy in that state to refuse to perform marriages based on religious convictions failed.

State Rep. Andy Holt’s bill failed on a voice vote. The Dresden, Tennessee Republican has said he wanted to pass the legislation he called the “Religious Freedom Restoration Act” in light of the Supreme Court’s gay marriage ruling in June 2015.

Committee members said that pastors are already allowed under state law to refuse to perform marriages for anyone they want.

Gay rights advocates had raised concerns that Holt’s bill would have extended beyond clergy to allow businesses to deny services based on their religious beliefs.

Similar legislation elsewhere has drawn a wave of opposition from big-name corporations and sports organizations, as in North Carolina.

All is not well in the Volunteer State, however.