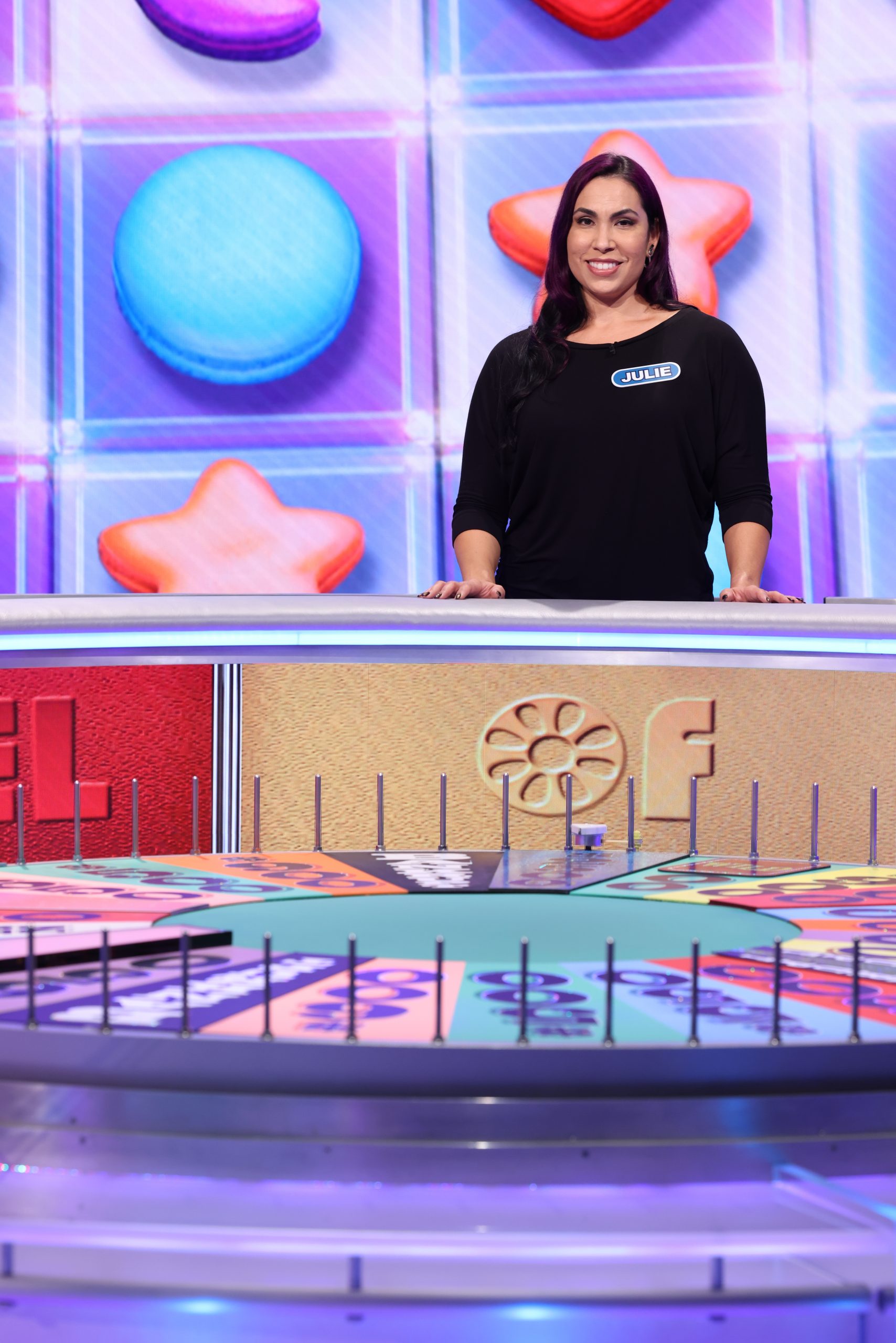 Local Los Angeles woman, Julie Reyes, will be a contestant on Wheel of Fortune, the longest-running syndicated game show in American television having been on the air for 45 years.

The hit game show was created by television legend Merv Griffin and hosted since the early 1980s by Pat Sajak and Vanna White.

When asked if she was nervous to meet the stars of the show Reyes stated “I was nervous mostly about the intro part talking to Pat at the beginning of the show, which everyone was really nervous about.” She added, “ Vanna came by during rehearsals to say hello to everyone and was incredibly sweet.”

With new standards due to the COVID-19 pandemic Reyes gave a little insight on how the virtual auditions were held. “The audition was pretty funny, because even though you’re in your living room, you still have to buzz in to give an answer, by holding a pen and yelling ‘buzz!’ While you click it. My audition was on the first day they did virtual ones, and one of the producers told me she had been asking contestants questions earlier in the morning but realized that her Alexa was answering her, so she had to turn it off. Like with everything else in 2020 we are finding ways to make things work!”

Julie will compete during Wheel of Fortune’s “Make Life Sweeter” week which is part of cross-platform integration that will incorporate Wheel of Fortune and Jam City’s Cookie Jam into each other’s games to give players and viewers chances to win “sweet” cash prizes. Wheel of Fortune will feature a delicious customized set with familiar Cookie Jam elements like Chef Panda and the Rainbow Cake.

Julie currently lives in the Los Angeles area with her wife of 4 years and her two Boston Terriers. She runs a recruitment firm for the theme park industry and is also a nationally ranked competitive bodybuilder.

Similar to bodybuilding in the aspect that one must prepare for a show like Wheel of Fortune. Julie shared her strengths and what the hardest part of the show was for her. “I have a pretty intuitive mind for languages, so that was helpful, but I also played the app a lot leading up to my show, so all day I would get notifications with the Wheel of Fortune ding. I treated it like training, ensuring I played a certain amount of time each day.” She continued, “I think the hardest part is that there is so much going on and the show moves incredibly fast; it was the quickest 22 minutes of my life. When a commercial break hit there was a flurry of action, all socially distanced of course and then suddenly you’re back on stage.”

She applied to be a contestant through WheelofFortune.com with a video submission and was one of the first contestants to experience Wheel of Fortune’s virtual auditions.