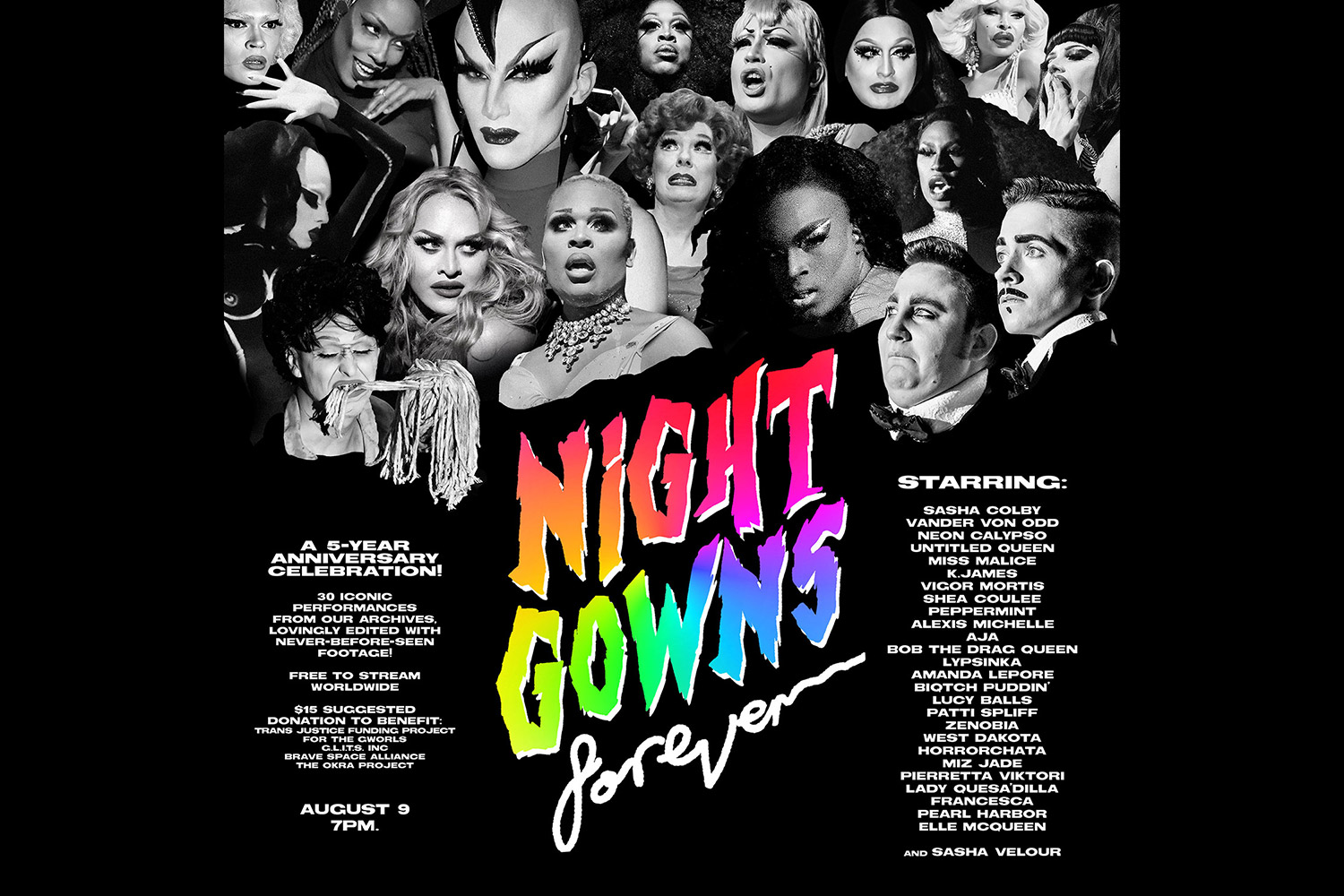 Los Angeles LGBTQ+ individuals who are fans of Sasha Velour who have never got to see the Brooklyn based drag queen perform, can also view NightGowns which is now a series adapted on Quibi.

Hailed as the “drag artist’s drag show,” NightGowns is and always has been an inclusive drag revue that provides drag queens, drag kings, trans and gender nonconforming drag performers a stage to create the show of their dreams, giving audiences a fresh, personal, and truly queer night of theater.

The legendary drag revue was founded in Brooklyn at a small bar by Velour in 2015, and adapted into a docu-series for Quibi in April 2020 to critical-acclaim. NightGowns on Quibi was hailed by The New York Times as “among the most life-affirming shows you could find on any platform”, and “a type of queer media never before seen on TV” (Screenrant).

The live show has played to sold-out shows in New York City (including the iconic Terminal 5 with special audience guest, Janet Jackson) and has toured to Los Angeles and London.