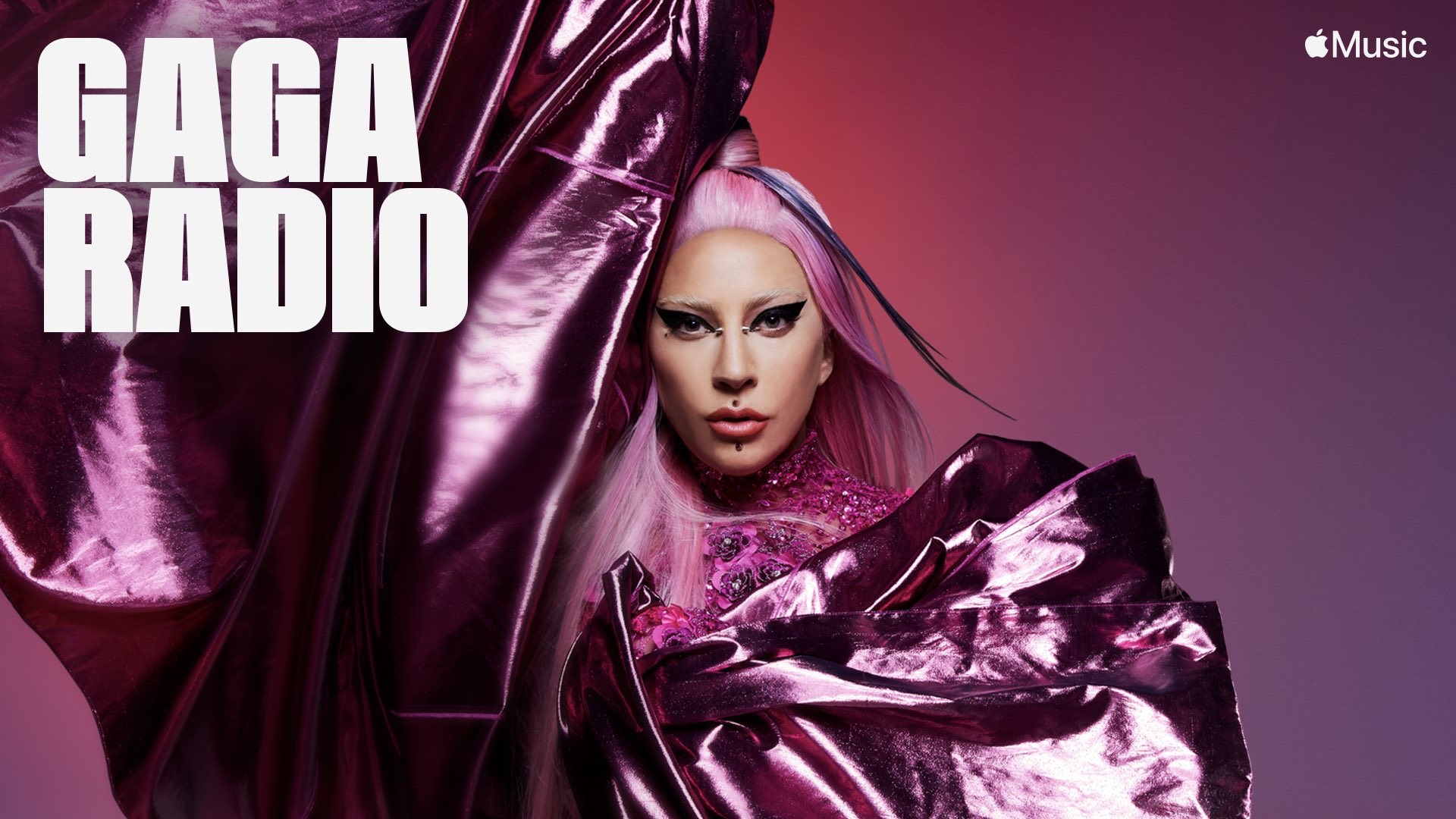 Lady Gaga has added talk show host to her resume by becoming a host on her very own “Gaga Radio” for Apple Music which aired on Friday, August 7th.

In the first episode, Gaga caught up with friend and Chromatica executive producer, BloodPop. The two talked about the making of the album and the challenges that came along with it including depression and self doubt. Through it all, gratitude and friendship are what made Chromatica possible.

Every Friday on her brand new “Gaga Radio” show on Apple Music, she honors the larger-than-life genre of dance music by speaking with the DJs, divas, and producers who inspired her and who helped bring the album to life.

The announcement of the partnership with Apple came on Wednesday and the premise of the endeavor doesn’t seem to be strictly a promotion for her new, sixteen-track, return-to-dance-pop, chart-smashing album, “Chromatica”, released on May 29.

Gaga says the purpose of the talk show  is to delve into the creative process and the origins behind the work. For that, she will have guests of the likes of BURNS, Vitaclub, and Tchami, all of whom helped with production; they, at their turn on her show, will also present their own DJ mixes.

The “Chromatica” album has been a therapeutic venture for Gaga. She described her creative journey as dancing through her pain, as she has also been open about her PTSD and fibromyalgia diagnosis and her longing to finally ground herself in a reliable, fulfilling relationship.

However, Chromatica, she has said, is also about metaphorical colors — inclusivity, identity-building, kindness, acceptance, and belonging.

“Gaga Radio” promises to be just that, too. Conversational, deep, and as she has always been with her fans, vulnerable.