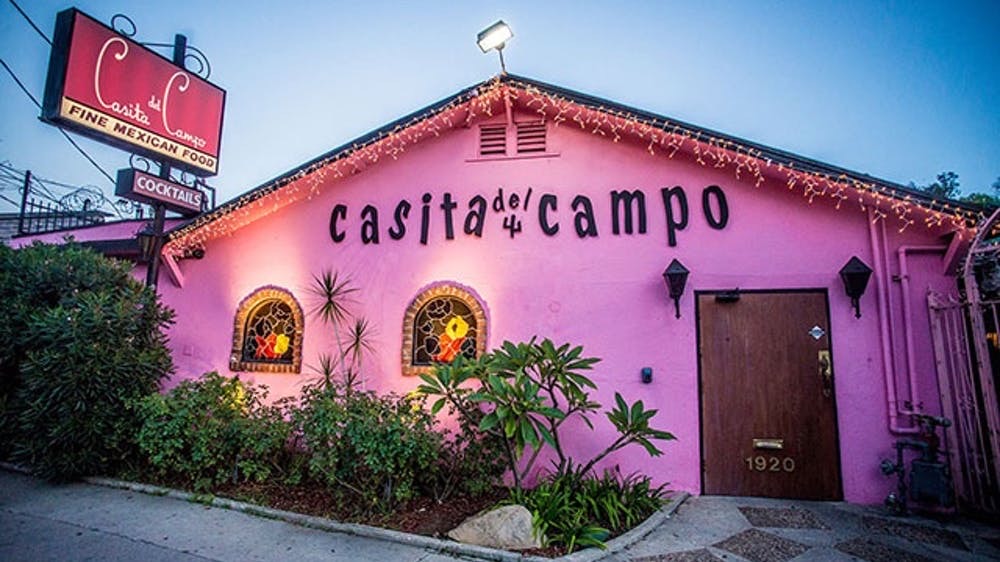 Having just celebrated its 58th anniversary in May, one of Silverlakes many treasures Mexican restaurant Casita Del Campo, is in danger of closing due to COVID-19 restrictions.

In the wake of March’s stay-at-home orders, all of LA’s queer restaurants and bars were forced to close not only taking jobs but also the safe spaces that the LGBTQ+ community depends on. Some establishments, such as West Hollywood’s Gym Bar, have already announced they won’t be reopening.

The all pink bungalow, instantly recognized as you drive down Hyperion Ave, Casita Del Campo has been an iconic queer space with its welcoming atmosphere, sizzling fajitas, super-strong margaritas, and a bubbling fountain in the courtyard.

Since 1962 the restaurant, which also has a performance space downstairs called The Cavern Club Theatre, has been a community center, a performance venue, and a gathering space for queer artists, actors, drag queens, and all other walks of life who have shown up to feel safe and be their authentic selves this is in huge part to founder Rudy Del Campo.

Rudy and his family opened Casita del Campo in 1962 and they dedicated themselves to building a loyal clientele with fine food and caring, friendly service. Nina del Campo met Rudy in 1965, and instantly fell in love. Nina has been working at the restaurant since she met Rudy and just celebrated 53 years of service and leadership. She’s been in charge of the business since the 1960’s, and has loved every minute. They celebrated 40 years of loving marriage until Rudy’s passing in 2003. Robert, Rudy’s son, has since taken over ownership of the restaurant.

Rudy was a very talented dancer. Having appeared on Broadway, performed in Las Vegas, and was even one of the Sharks in the movie version of West Side Story. Rudy didn’t just open Casita as a business venture, he opened it so all his industry friends, theater family, and fellow artists had a safe space they could call home.

Casita’s survival now relies on a takeout and delivery service that includes their entire menu, plus eight different to-go cocktails and beer. For those comfortable, the back parking lot has been transformed into a giant new outdoor dining space, complete with temperature checks, socially distant tables, and hand sanitizer stations. It may not be the familiar Casita Del Campo experience, but it’s the only way to assure that LA’s oldest queer space will continue to be there for generations to come.

A message on their website reads “The Casita Del Campo family of staff members, workers and the Del Campo family are so appreciative for the patronage, the outpouring of support and encouragement during these trying times and sincerely thank you so much for your loyalty and allowing us to continue to operate as we have for the past few months. We are doing our best to bring you the service and quality you deserve even through a crisis such as COVID 19.”

To support this LGBTQ+ friendly establishment visit www.casitadelcampo.net for delivery and takeout options.