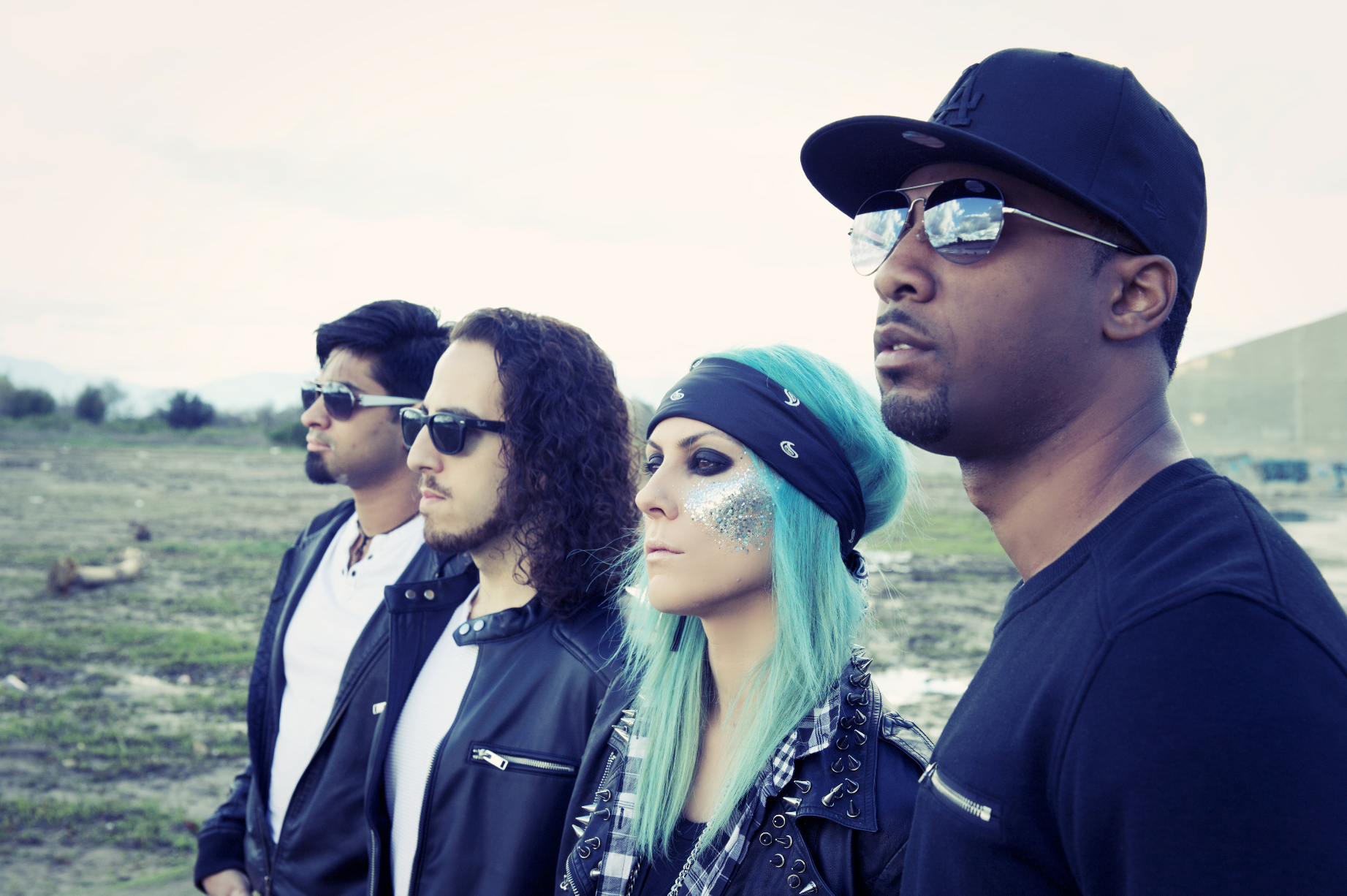 In a conventional sense, INA lived a beautiful Hollywood Dream. Signed to Universal Music and working as a singer-songwriter, INA’s career started like a scene in a movie.

Arriving in Los Angeles from Sweden, the singer-songwriter said, “like everyone else, I was party, party, party.” One night, at an after-party she had organized at her apartment on Sunset and Vine, a couple of A & R reps from Universal Music came scouting. “I had an iTunes playlist that would just go in the background,” INA explained adding she always included a few of her own recordings to the mix. The record label reps liked what they heard.

The beginning was a dream come true, but soon INA felt her identity spinning out of control.

“You start saying yes to everything until you can’t say no.” Not wanting to appear ungrateful, INA said she kept going, telling herself, “maybe this is how everyone is doing it, maybe Lady Gaga hates Poker Face?”

At 11-years-old, INA’s biological father, in her own words, “just beeped off.” He “was horrible,” INA said adding that she grew up in a “very abusive household” many details of which remain tangled in legal proceedings that prevent her from talking freely. However, INA remembers that every day before her mother filed for divorce and he left the family for good, her father would tell her, “you’re never going to be loved. You’re retarded.”

Bicycling home after school, young INA would feel sick anticipating what she might face when the door opened. She said she would worry, “is my Mom going to be Ok? What is my Dad going to tell me today?”

School provided no relief. “Going to school my stomach was hurting,” she said. Growing up, INA said she “was very different” and refusing to conform made her a target.  “I was really bullied. Abused. One kid pulled my hair out. I was bald on one side,” she said.

In the song One Day, INA sings, “If I could go back in time tell you everything is gonna be alright I wouldn’t do it. I know it’s gonna hurt for awhile but it’s gonna be fine and there’s a reason to it. I know it made no sense when those kids threw you in the trash. Everybody laughed.”

Yep, if those kids could see INA now. The singer said she would do it all again because it led to the strength and life she has today.

Never forgetting her childhood struggles, INA’s drive to remain radically authentic when it came to her music led to her needing to break away from her label. “I kept thinking, man, I’ve survived so many things in my life so for me to be on a stage singing about something that doesn’t mean anything doesn’t make sense,” she said.

When the record company asked her to write a song about life in Los Angeles, INA said, “I wrote about the homeless, what I had experienced, what I thought was really sad and dirty and just not the shiny Hollywood that I had seen on TV. But, that turned into me cruising with my boy in a car to the beach.”

First up, INA doesn’t have a drivers license. She also didn’t like the lie of playing the role of girlfriend in a faux heterosexual relationship. She hit a low point. Enough was enough.

A big fan of Joan Jett, INA went to see The Runaways movie. She found Kim Fowley’s role in launching Jett’s career inspiring albeit mired in controversy. She said, “I know Kim wasn’t portrayed as the best person, but I remember thinking, I need to meet someone like him, that just really believes in you, but he’s crazy, right?”

Setting intentions to have them manifest is something INA likes to practice. Even as a child, she would tell people something was going to happen as a way of hoping it would happen. However, she didn’t quite expect to manifest the real thing when it came to Fowley.

“I was invited to an A & R Interscope/Universal networking event, and he was there,” she said of meeting the late Fowley in person. He put her on the spot, asking her to sing. INA said, “I just started belting Sweet Child of Mine, and he goes, ‘do you wanna get out of here?’”

INA agreed to join Fowley for dinner. She said, the two connected on a creative level and at no point did he ever act “creepy” or inappropriate. After the meal, Fowley asked INA where she was headed. When she answered, “home,” he said, “wrong answer. We’re going to go to the studio.” The following late-night recording session seeded what would go on to become the independent Los Angeles pop-rock group KINGQUEEN of which INA is the front woman.

INA said she counted Fowley as a friend. He gave her the impetus needed to be herself, allowing her to connect to the sadness of her childhood and use it to empower others.  Because of this, for so many people, KINGQUEEN is a voice that gives permission to shine, and for INA, this is her Hollywood Dream come true.

Catch INA and KINGQUEEN bandmates, drummer Lemuel Clark, bass and synth player Nipun Nair, and guitarist Adam Gimenez on stage at 5 p.m at Long Beach Pride on Saturday and Sunday, May 18 and 19. Definitely check them out because they are awesome live!