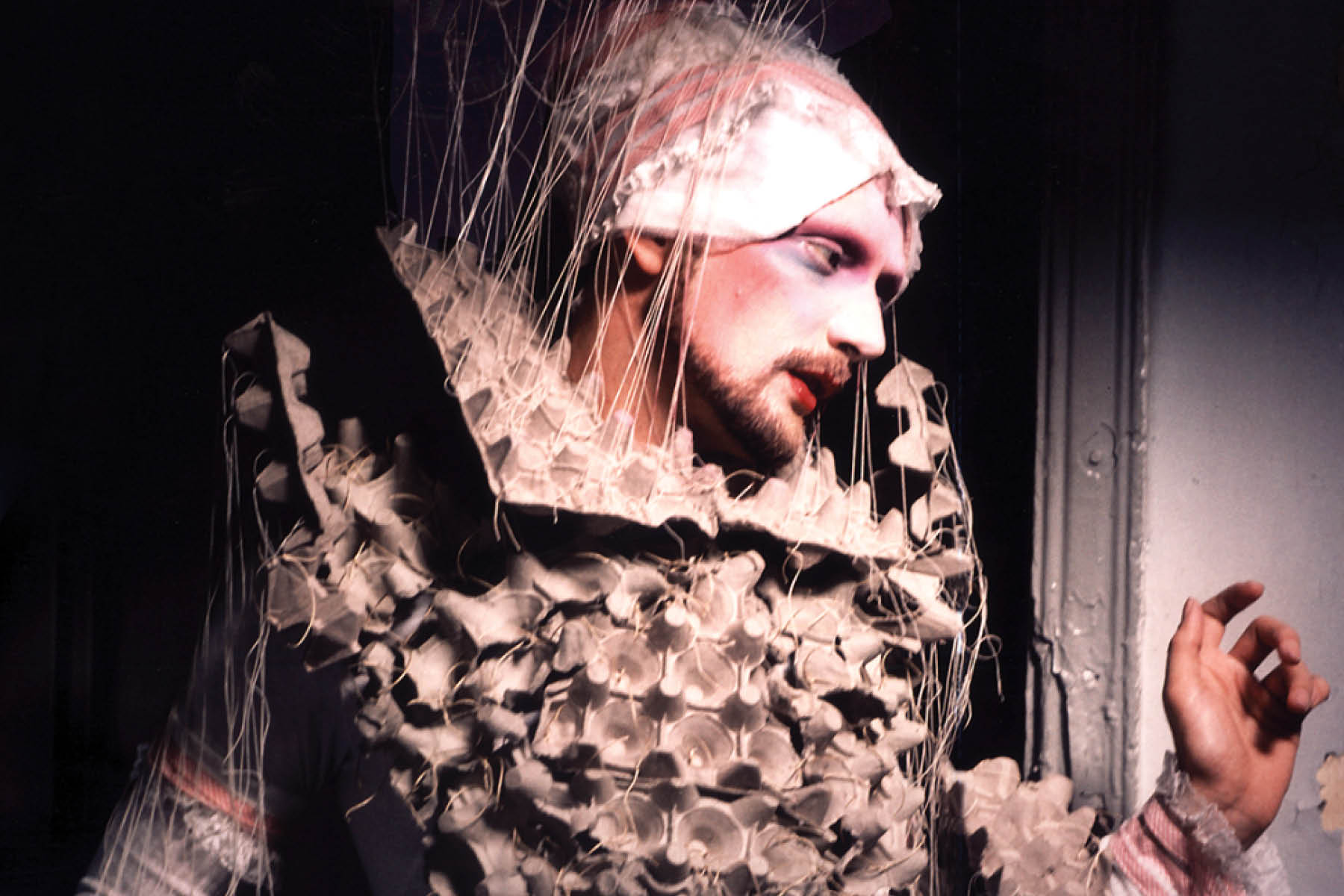 The California LGBT Arts Alliance is putting on “Rubbish and Dreams: The Genderqueer Performance Art of Stephen Varble” with David J. Getsy, Goldabelle McComb Finn Distinguished Professor at the School of the Art Institute of Chicago, and curator of The Gutter Art of Stephen Varble: Genderqueer Performance in the 1970s, photographs by Greg Day at the ONE Archives Foundation Museum & Gallery.

This talk is in conjunction with the current exhibition at the ONE Archives Gallery in West Hollywood, “The Gutter Art of Stephen Varble: Genderqueer Performance Art in the 1970s, photographs by Greg Day,”which brings to light the work of performance artist Stephen Varble ( 1946-1984) through photographs taken by Greg Day ( b. 1944) of his costumes, performances and collaborations. Getsy will provide a behind-the-scenes overview of the exhibition and of Stephen Varble’s life and work. Drawing on primary and archival research, he will tell the untold story of Varble’s dynamic and disruptive career as a performance artist, playwright, filmmaker, and video artist.  Varble was antagonistic to commercialism and art’s institutions, and he stormed galleries, boutiques, and banks in glamorous gender-confounding costumes made from trash.

The Pride L.A. spoke with Getsy about what to expect. Check it out:

In one sentence, what is this event?
A lecture that charts the forgotten career of performance artist Stephen Varble, presented in relation to the exhibition at the ONE Archives Foundation Museum & Gallery of Greg Day’s photographs of Varble’s performances

To elaborate, what can guests expect?
An illustrated lecture that tells the first history of this genderqueer, anti-institutional performance artist.

What are some key points you will discuss?
I will talk about how Varble made gender-confounding costumes out of street trash and food waste and wore them for his disruptive actions at galleries, museums, banks, and boutiques.  He attacked ideas of propriety, class, and gender, and his elaborate costume sculptures take the discarded and elevate it as revolutionary glamor.

In one sentence, who is Stephen Varble?
A performance artist and filmmaker who, in the 1970s and early 1980s, sought to find a way of making work outside of the confines of the art world and beyond a binary conception of gender.

Why feature Stephen Varble? What was his impact on the queer art community?
Due to his anti-institutional and confrontational work, Varble was pushed out of history.  Today, however, his non-binary approach to gender, his attack on the alignment of wealth and power, and his DIY approach to artistic practice and its audiences are all prescient and urgent today.

How has performance arts changed/stayed the same since Varble’s performances in the ’70s?

Performance art has been institutionalized and is now part of the range of practices that can be seen at museums, galleries, and festivals.  In the 1970s, however, it was still in formation, and a handful of artists like Varble took to the streets to make their own audiences and to work beyond the confines of institutions.  Varble’s work would still be disruptive and confrontational today.

Why bring this event to Los Angeles?
The lecture is in support of an exhibition of Greg Day’s photographs of Varble’s costumes and performances from 1975 and 1976.  The two had an intense artistic collaboration in these years, creating images of Varble’s work and documenting his actions and events.  Day is a long-time resident of California and former Executive Director of the California LGBT Arts Alliance.  His artistic career has been committed to the documenting of queer culture, activism, and art with a special attention to ephemeral events and impromptu actions.  His work with Varble helped lay the foundations for his later photographs of LGBT activism in California and queer cultures.

“Rubbish and Dreams: The Genderqueer Performance Art of Stephen Varble in 1970s New York” takes place April 13, 2019 from 2-3:30 p.m. with a Q&A to follow. The talk will be held at the West Hollywood City Council Chambers, located at 625 N San Vicente Blvd., West Hollywood, CA.Admission is free. Free Validated parking on site. This Public Lecture is provided by the California LGBT Arts Alliance with generous support from the City of West Hollywood’s Art Division.@wehoarts