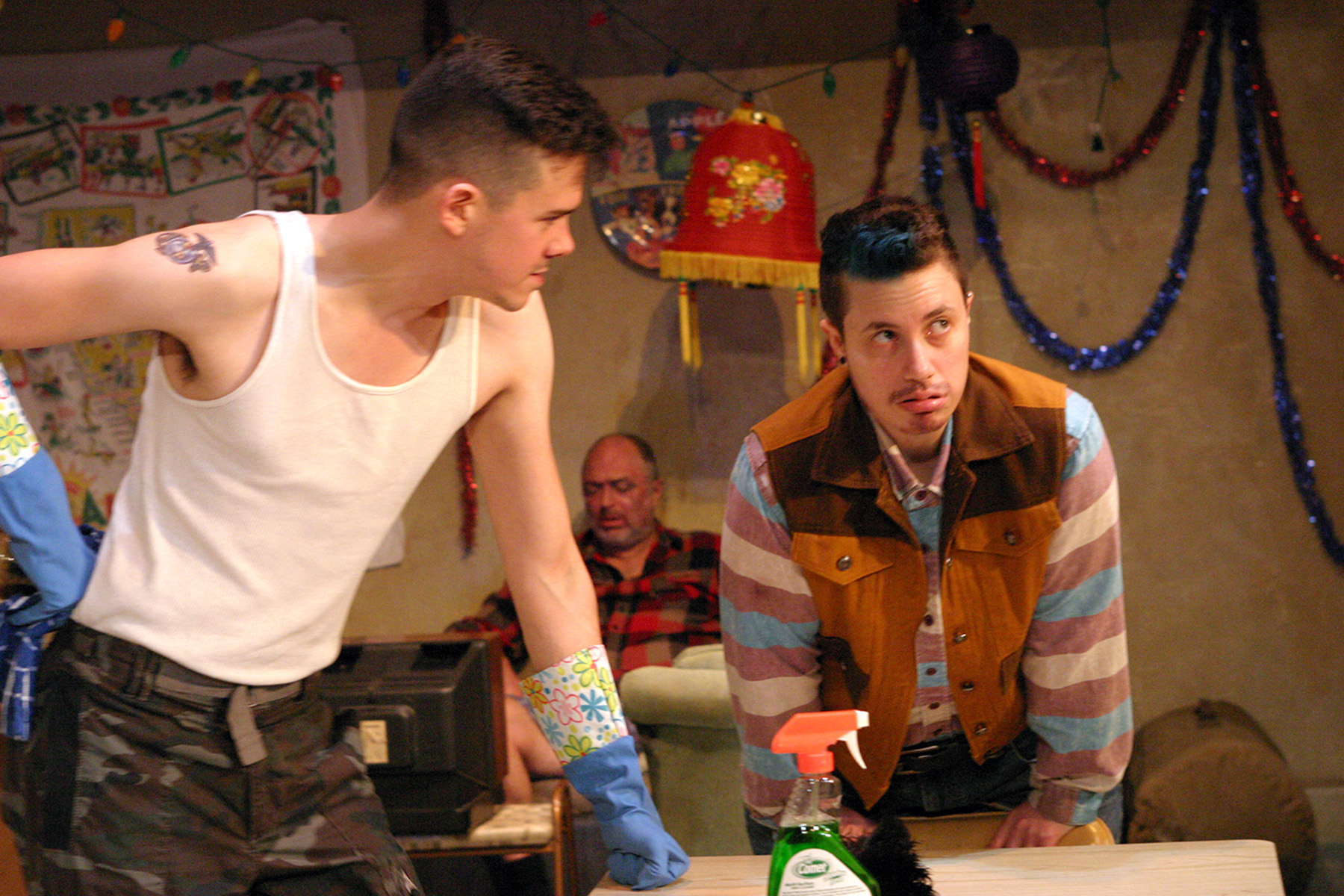 Art is an escape mechanism; We go to museums and live performances to get away from reality, but what happens when life follows you to the stage and is exacerbated and warped into a sad,  dark comedy that vaguely reflects the raw emotion raging inside? You get the Odyssey’s “Hir.”

Described as hilarious and terrifying, “Hir” is a dysfunctional family dramedy for a new era: a highly intelligent, heartfelt and deeply, darkly humorous portrayal of a family in crisis, in which domestic abuse, the trauma of war and the acceptance of gender neutrality are illustrated in a nearly absurd, emotionally gripping, intensely real dynamic. Somewhere in the American suburbs, Isaac, dishonorably discharged from his tour in Afghanistan, has returned home to discover a household in revolt.

Watching “Hir” is uncomfortable and, at times, bleak. But that’s part of its charm. Sitting in the audience watching, it is hard to rebound from the absolute chaos of the set to the insanity of the characters themselves. When center character Isaac (Zack Gearing) returns from the war, he is just as lost as the audience; where is the strained yet familiar life he left behind three years ago? His stroke-surviving father has gone from raging domestic abuser to docile puppet for matriarch Paige (Cynthia Kania) and recently out transgender sibling Max (Puppett).

As the play unravels, so does each character in their own way – each facing their own unique demons. Max’s character as a transgender teen is raw and conflicting. Battling hormones, ghosts of the past and hopes for the future, ze (Max’s preferred pronoun) spends most of the play in a fit of rage that resembles that of most adolescences. It is emotional and relatable. Ze is unlikable, yet very lovable – proven as the plot progresses and the siblings’ relationship grows.

Director Bart DeLorenzo said in an interview with the Pride L.A. that “Hir” doesn’t have an inherent message, but rather, it is an “experience that asks a question.”

“Through the lens of a suburban American family, the play takes the audience on a journey into the heart of this present political/social moment and shows the current struggle in all its complexity. Where will we go as a culture?” DeLorenzo said. “Retreating to some sort of oppressive patriarchal past, or stepping toward a very uncertain aspirational future? And what will we do with the past and those that can’t find their way? Like all great American plays, I think ‘Hir’ asks us to consider where we’re going.”