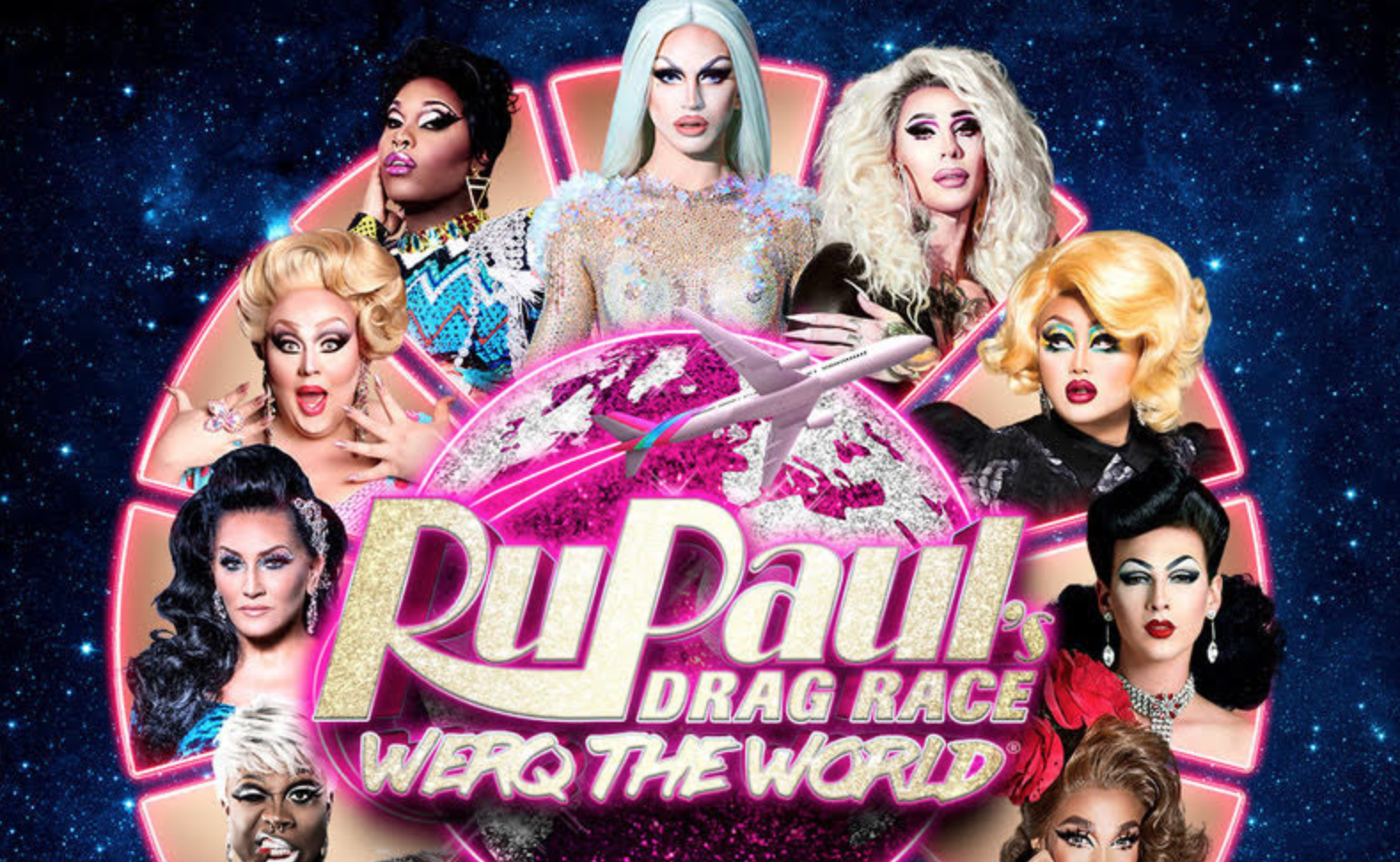 After sold-out shows in Europe, the queens of RuPaul’s Drag Race return to North America this fall in their WERQ THE WORLD TOUR 2018. Produced by Voss Events, Drag Race producers World of Wonder and VH1, the hilarity and hijinks will travel to thirty-two North American cities throughout the USA and Canada beginning September 5th in NYC and ending October 27th in Miami. Major stops along the way include Chicago, Toronto, San Francisco and Los Angeles.  Michelle Visage and Bob the Drag Queen will take turns hosting with sickening live performances by some of the series’ most unforgettable queens including newly crowned Season 10 winner Aquaria, runner-ups Asia O’Hara, Kameron Michaels, and Eureka; as well as veteran queens Kim Chi, Valentina and Violet Chachki.   Tickets for the RUPAUL’S DRAG RACE 2018 WERQ THE WORLD tour are on sale now at www.werqtheworld.com.
“Werq the World is the OFFICIAL Drag Race tour for a reason,” says Michelle Visage.  “This is a theatrical production of the highest caliber with Drag Race favorites delivering what you crave! You will leave the theater walking on air with joy. It’s a night you won’t soon forget!”
“These queens are celebrating a decade of RuPaul’s Drag Race with fierce looks, never-before-seen theatrics and over the top production numbers,” adds producer Brandon Voss.  “The tour is a collaborative effort and it’s incredible to watch the girls come together on some unbelievably creative numbers.”
Voss Events is a leading production company that consistently delivers superior entertainment programming.  Past events have featured stars such as Lady Gaga and Cher.
By thepridela July 22, 2018
in THEATER
Related Posts