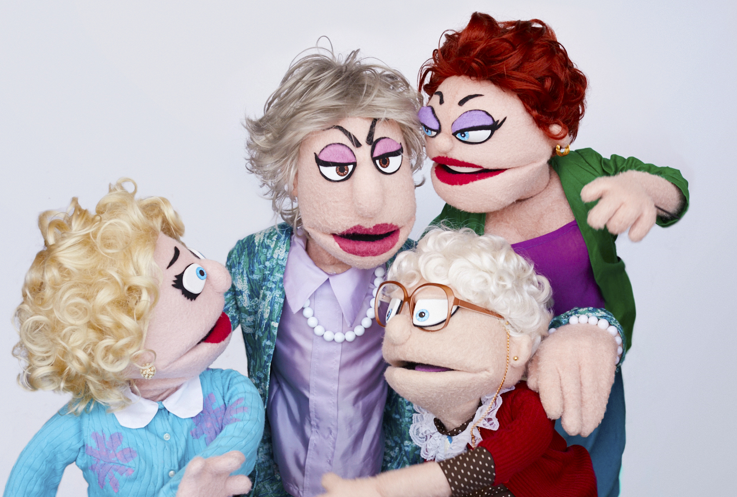 Jonathan Rockefeller, acclaimed American/Australian producer, director, and writer, has announced that 16 new, original episodes of That Golden Girl Show! A Puppet Parody will be released on Broadway On Demand (BroadwayOnDemand.com) beginning September 14, 2020.

Broadway On Demand is a streaming platform offering exclusive livestream events, a wide-ranging library of video-on-demand content, interactive engagements, and educational resources. It is a virtual performing arts complex offering a variety of programming, including not only Broadway shows and movie musicals, but also individual artists, concert series, and engaging content from performance venues and theatres around the world.

That Golden Girl Show!, created and directed by Jonathan Rockefeller, was originally presented as a live stage production that debuted in New York City in 2016. The show received rave reviews from audiences and critics alike.

“The Golden Girls” which premiered on Sept. 14, 1985 and just celebrated its 35th anniversary, has made a name for itself in the LGBTQ+ community over the years (especially amongst gay men) who enjoyed the antics and sexual escapades of Rose, Blanche, Dorothy, and Sophia four women who were a tad beyond their 30s and shared a home in Miami. It was a seminal queer classic, one that flawlessly incorporated aging women into NBC’s primetime lineup. For six of the show’s seven seasons, more than 20 million people watched each episode.

“The Golden Girls” was an immediate hit with queer audiences, and the characters have been icons in the community. The series is in syndication on the Hallmark Channel and TV Land and available on Hulu.

Apart from keeping audiences in stitches, the women on the show had a social conscience with frank, open, and honest discussions about homelessness, mental illness, AIDS, aging and elder abuse. They showed that one’s sex life does not end at 40.

When asked about the much adored television show Rockefeller stated:

“What made me fall in love with the Golden Girls was that they were fearless, bold, sassy and a bit risqué.  They dealt with every topic–from romance and sex—to life, gender, homosexuality and getting older.  Yet, at the heart of every Golden Girls episode was love, compassion and friendship–and today, more than ever, we are in need of those qualities. Besides, what could possibly be funnier and more uplifting than a Golden Girls parody–with puppets!”

For more information go to www.ThatGoldenGirlsShow.com