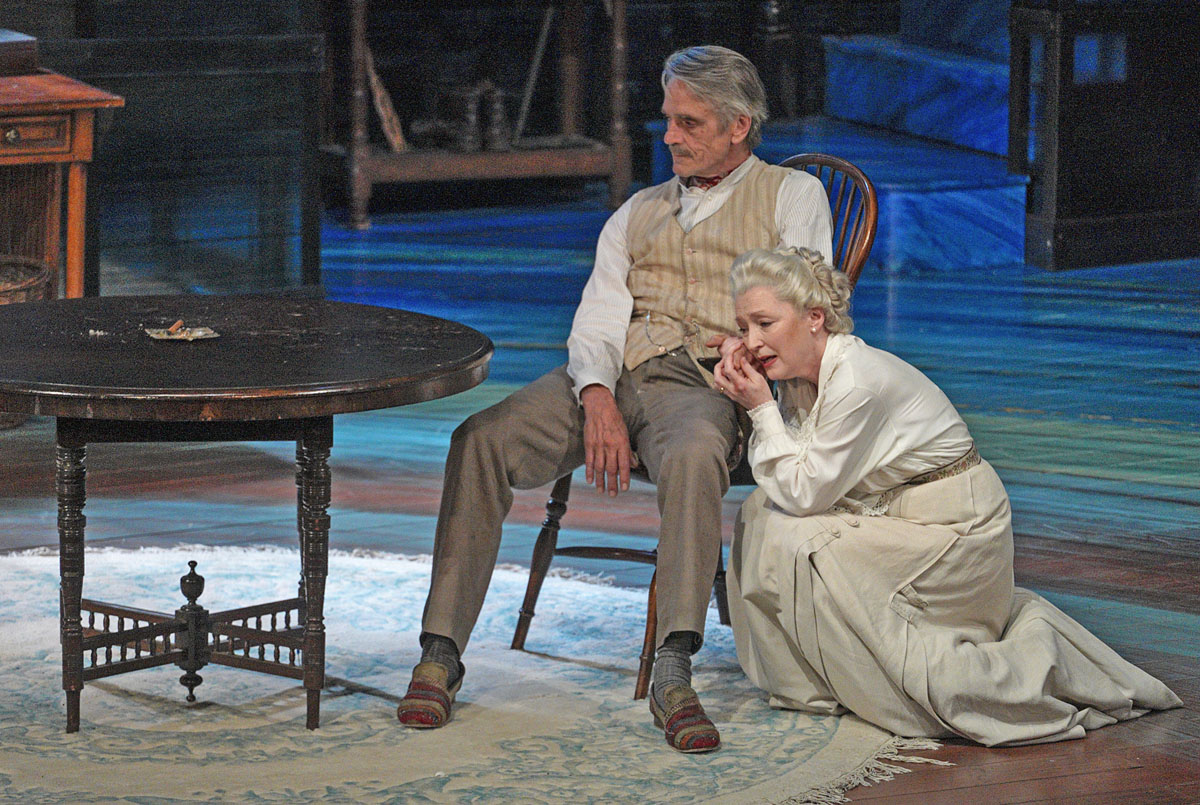 Center Stage with Beverly Cohn| Eugene O’Neill is one of America’s greatest playwrights whose plays were among the first to introduce drama techniques of realism associated with Russian playwright Anton Chekhov. Four of his plays received the Pulitzer Prize for Drama:  “Beyond the Horizon,” “Anna Christie,” “Strange Interlude,” and “Long Day’s Journey into Night.” His total body of work amounts to over 50 full length and one-act plays including, “Anna Christie,” “The Hairy Ape,” “Desire Under the Elms,” “Ah Wilderness!,” “A Moon for the Misbegotten,” and “The Iceman Cometh,” a Broadway evergreen. O’Neill also received The Nobel Prize in Literature in 1936, “For the power, honesty and deep-felt emotions of his dramatic works, which embody an original concept of tragedy.”

His deeply autobiographical “Long Day’s Journey into Night,” written in the early 1940s, did not hit Broadway until 1956, three years after his death. The play is the painful, but theatrically astounding retelling of O’Neill’s dysfunctional childhood.

The characters are drawn from his family beginning with his mother as the fictional Mary Tyrone, brilliantly brought to life by Lesley Manville, whose multi-layered, captivating, brilliant performance will leave you breathless. Like the playwright’s mother, Mary is a morphine addict. Her husband, James Tyrone, is portrayed by Jeremy Irons who also delivers a stunning, mesmerizing performance as a man with his own set of demons. Rounding out the family is Edmund, thought to be O’Neill’s alter ego. Wonderfully played by Matthew Beard, like the playwright, Edmund has consumption and is quite ill. The final member of the family is James Tyrone Jr., played by Rory Keenan, who captures the essence of his suffering character. All of these people have deep-seeded resentments and with the skillful surgical un-layering of the psyche of this family, we become privy to their hidden thoughts and resentments. The dysfunction of each member of the family could be summarized in a paragraph or two, but O’Neill’s writing is so magnificent, so compelling, so poetic, that it takes three hours and 25 minutes for us to clearly see what lies beneath the surface of these people.

Briefly, the action takes place in 1912 at the Connecticut summer home of the Tyrones, and begins shortly after breakfast. James is solicitous of his wife who is a bit jittery and when he looks at her, she wonders if there’s something wrong with her hair, which she touches to make sure it’s in place. We find out that she has just returned home from a stay in a sanatorium where she detoxed from her morphine addiction. One by one the sons enter – a frail Edmund who escapes the family drama by immersing himself in books, and Jamie, who, like his father, is an actor. James is very harsh with him and doesn’t sugar coat his disappointment in his drinking and failed acting career. Dad was a pretty successful actor who toured the country with his young wife, but gave it up to make money in real estate. He is also extremely cheap except when it comes to having drinks at the local pub with his friends. He is constantly turning off lights to save money and perhaps his obsession with saving a penny relates to his growing up in poverty or symbolically not wanting to shine a light on the acute dysfunction of his family. Mary harbors deep resentments as she gave up her dream of becoming a concert pianist and insists that she never had a real home, instead spending their early years in cheap hotel rooms. Every once in while she slips out with what is really bothering her, but quickly sugar coats her comment and changes the subject. It’s a verbal fencing match – thrust, parry, retreat. While Mary denies the reality of her addiction, the truth occasionally leaks out. On one hand, the doctors instructed her to use her willpower, while on the other hand, she insists that she needs the drug for her arthritis. The family watches her every move, which makes her very self-conscious. They have an unwritten agreement that she is not to be left alone. When she ruminates about the past, James admonishes her, “Forget the past. The past is the presence and the future.”

The bloodletting abates a bit at the top of Act II in a scene between Mary and the maid Cathleen, well played by Jessica Regan, who possesses wonderful comedic timing and the art of the double take. Mary does not like to be alone and plies Cathleen with alcohol to keep her from going back to the kitchen. As we journey through the rest of the play, one by one each of the characters goes for the jugular, either through a soliloquy or a monologue revealing deeply held resentments and secrets. Mom tells a beautiful story of how she met James and how they fell in love. She is steeped in the past and one might venture a guess that her addiction is an attempt to bury her real feelings, which under O’Neill’s mighty pen, the secrets are secrets no more. Mary wants to reconstruct her life and make it fit her fantasy of how it should have been. Again, Manville’s performance is something to behold.

With regard to the brothers, it turns out that Jamie, who always tried to protect Edmund, has a shocking confessional speech, which contradicts his caring nature towards his brother. As far as Edmund, he is going to a sanatorium to recover from consumption. Despite his hacking cough and constantly spitting into his handkerchief, his mother denies his condition:  “It’s just a nasty summer cold”.

There is a wonderful line in the play that says, “You’ll have to make allowances for this family or you’ll go crazy.” The truth is just savor O’Neill’s exquisitely crafted play, performed by a stellar cast, under the powerful direction of Richard Eyre, who moves the action along at a brisk pace, guiding the actors in delivering dazzling, totally actualized characterizations.