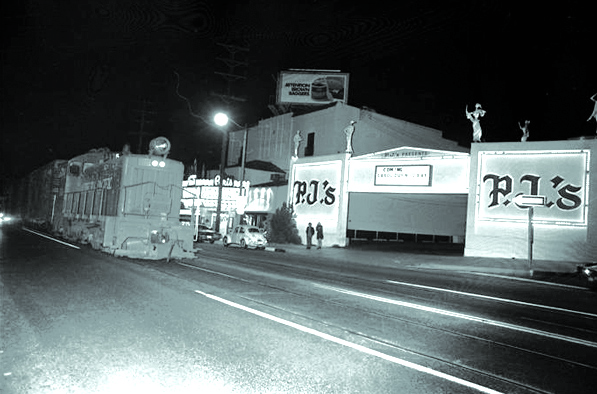 Today, West Hollywood is known as L.A.’s home for all things fabulous. If you can believe it, however, WeHo wasn’t always quite such a central part of L.A.’s queer identity. In fact, the piece of Los Angeles we now call West Hollywood originated as a sleepy town called Sherman. At the turn of the century, as moguls started to lay railroad tracks and transform smaller towns into thriving urban centers. During the first Hollywood boom in the mid-20s, WeHo had become a destination for stars living in the Hollywood hills. By 1925, the town of Sherman had become West Hollywood, a mere 59 years before it would become an official city in 1984.

You might have assumed that by the 70s, WeHo’s gay and lesbian population had already start booming. However, you’d be wrong. In the 1970s, male hustlers and famous movie moguls were much more spread out, with sex workers preferring to cruise the likes of Griffith and MacArthur Parks, as well as the Westernmost parts of Santa Monica. It wasn’t until the 1980s that the queer community started to flock there in droves. According to an article from KCET, in the mid-‘80s, “Gays and lesbians sought refuge from the regressive policies of Los Angeles and other cities in the island of county-administered land. There they joined Russian Jewish immigrants and a large concentration of seniors. Soon a coalition – composed of residents concerned by out-of-control development, tenants anxious about the imminent expiration of Los Angeles County’s rent control law, and gays and lesbians troubled by the possibility of annexation to L.A. – coalesced around the idea of cityhood.”

Today, we know WeHo as the tiny city that could – a gorgeous oasis inside of L.A. (not to mention President Trump’s America) where citizens can let their freak flag fly.