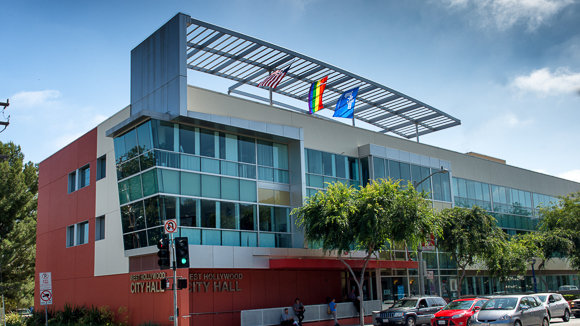 For citizens of West Hollywood, the conversation about seismic retrofitting of homes, condos, and business offices can’t begin soon enough.

That’s why the City of West Hollywood is hosting two talks on the subject throughout May.

Per the press release: “The City of West Hollywood invites residents, property owners, and community members to attend an upcoming community conversation about landlord/tenant cost sharing for seismic retrofitting rent-stabilized properties. Two conversations will take place; each meeting will cover the same topics.

The first conversation will be held on Wednesday, May 9, 2018 at 7 p.m. at the West Hollywood Library Community Meeting Room, located at 625 N. San Vicente Boulevard. Attendance is free. Free parking will be available at the adjacent five-story structure with validation.

The second conversation will take place on Monday, May 14, 2018 at 7 p.m. at Plummer Park’s Fiesta Hall, located at 7377 Santa Monica Boulevard. Attendance is free. Free parking is available in the public lot adjacent to the Plummer Park Community Center.

In 2017, the West Hollywood City Council formally adopted two Ordinances establishing a framework for the seismic retrofit of three types of existing buildings. A significant earthquake will not only affect life safety, but also loss of shelter and significant economic loss. The City of West Hollywood has taken a proactive approach by addressing seismic deficiencies in existing buildings. In April 2018, the City uploaded, to its online open data portal, a visual survey of properties subject to the Ordinances. Property owners will be required to demonstrate that their buildings are in compliance with the Ordinances or will be required to seismic retrofit their buildings. The intent is to promote life safety and reduce the risk of collapse during a significant earthquake.

For more information about the upcoming community conversations, the mandatory seismic retrofitting project, ways to provide feedback, and the visual survey of properties subject to the Ordinances, please visit www.weho.org/seismic.”