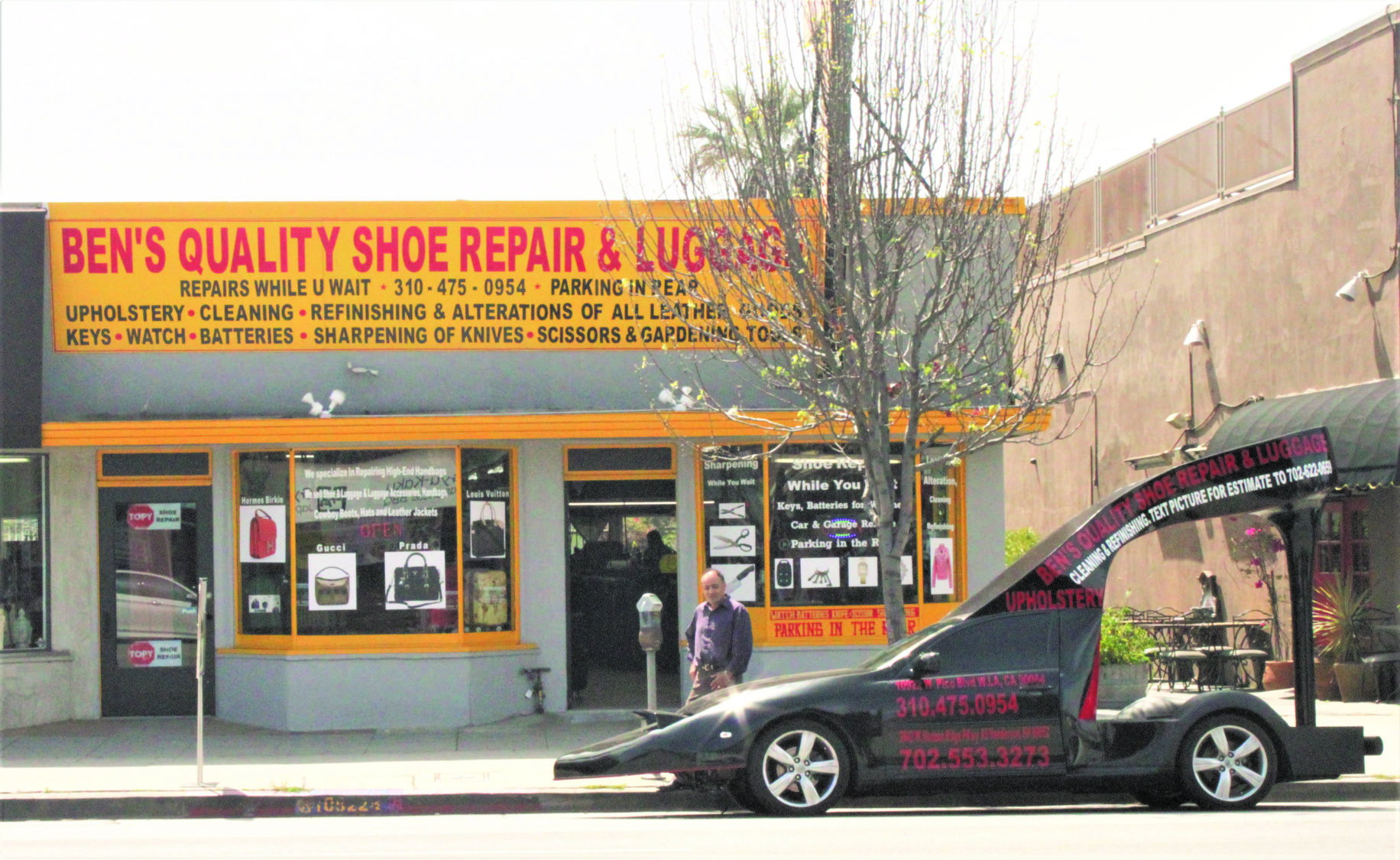 By MICHAEL RAY| In August of 2017, a familiar face returned to the Westside, renowned shoe repairman John Goli.  With a shoe rack’s worth of cars that he has designed and built over the years, his return to the area was punctuated with the reveal of a new shoe-car.

“Ben Behaden, was the original owner of this location he only repaired luggage, and he ran it as “Ben’s Luggage Repair center, from 1972 to 1984,” Goli explained, “he sold it to our mutual friend Mason Massih, who ran it until August of 2017, that’s when I became the new owner.” Goli clarified that Massih had become ill and was unable to continue operating the business.

Originally from Bethlehem, Israel, Goli moved to the United States in 1970.

“My cousins and uncles were all in the shoe repair business,” said Goli, who started learning how to repair shoes at the age of 8.  More than 40 years later, he has expanded his shoe repair knowledge, has an array of shoe cars and is the new owner of Ben’s Quality Shoe Repair & Luggage.

“Mason was old school with the shop, when he sold Ben’s Luggage and Shoe Repair to me in August, I had a lot of work ahead of me,” said Goli, who has since revamped the interior of the store to better repair shoes, as well as sofas and suitcases.

“We have the ability to do leather work and fabric upholstery, people can just text me a photo. We even offer pickup,” he added.

“The shoe is replica of a Louie Vuitton. I’ve repair all sorts of high end shoes, and over the years I have made many shoe-cars; a boot, a converse sneaker, even a dress shoe,” Goli said with a smile.

Inside, a handful of photos of John Goli’s shoe-cars are peppered alongside images of repair work on shoes and luggage. The collage highlights a detailed history of his decades of work as a shoe repairman.

“We work with our hands around here, and doing this has helped me put my kids through college,” Goli said. When asked where his children are now Goli replied, “they’re running the largest shoe repair facility just outside of in Las Vegas in Henderson!” He then pointed to a photo of it on the counter, and like Ben’s Quality Shoe Repair & Luggage, there’s a shoe-car parked right outside.