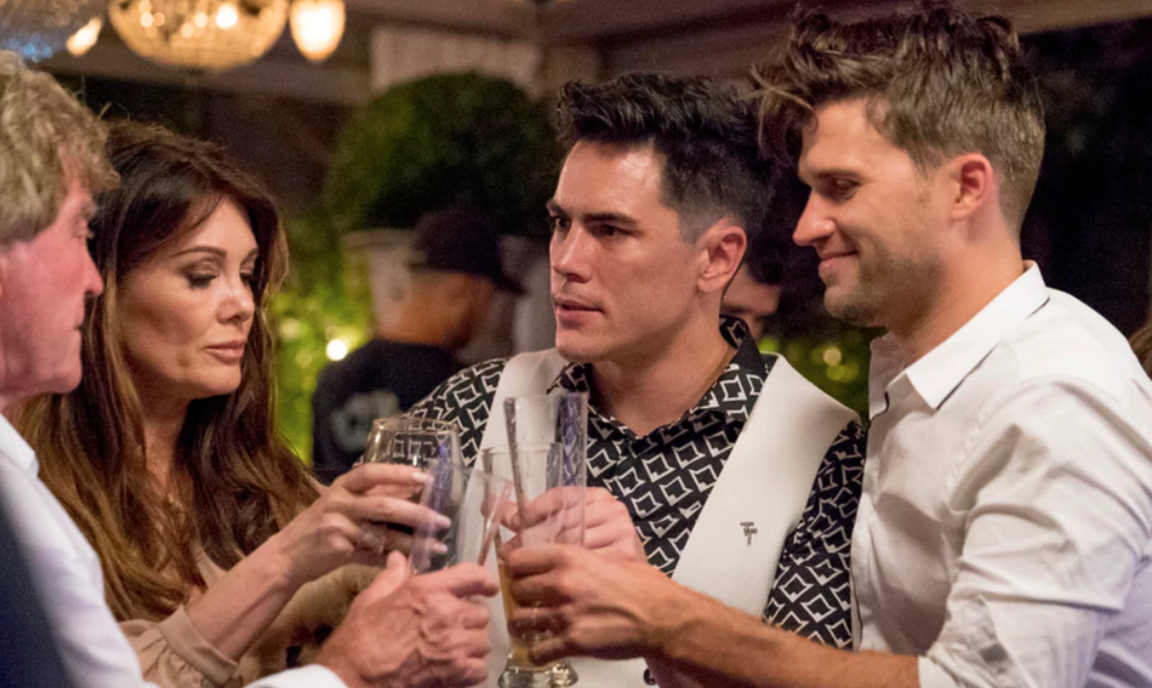 Of all the breakout stars given to us by the Reality TV multiverse, perhaps the least problematic is Lisa Vanderpump, the woman who spreads cheer and charity work across L.A.’s West Side, from WeHo’s PUMP and Sur restaurants to the pet rescue organization Vanderpump Dogs on Melrose. Vanderpump has been an outspoken advocate for the LGBTQ+ community throughout her tenure on “The Real Housewives of Beverly Hills,” as well as her spinoff show “Vanderpump Rules,” a distinction that has earned no shortage of accolades, including a star on the Palm Springs Walk of Fame and the title of Grand Marshall at last year’s Long Beach Pride Festival.

When it comes to Vanderpump’s relationship with the rapidly-changing landscape of West Hollywood, she has her detractors.

Last week, news broke that Vanderpump’s third West Hollywood restaurant TomTom is slated to open in June. Located deep in the heart of Boystown, the Nick Alain-designed restaurant will offer a variation on what Sur and PUMP give to the community: A place to eat, drink, and spot the occasional Reality TV star. The fact that TomTom’s location originally belonged to Showtime, a clothing store targeted, according to WeHoville, at a “specifically gay male audience,” raised a few eyebrows, but nothing more. Since Showtime has moved south rather than closed altogether, TomTom’s opening isn’t being viewed by the community as any kind of an affront. On the contrary: The hotly-anticipated TomTom has been publically in the works for years. However, next to other citywide developments, such as the current screening process for cannabis license applications and a controversial Metro extension in the works, residents are beginning to wonder whether the specific type of gentrification facing smaller L.A. cities like West Hollywood is starting to pick up speed. After an article about the TomTom opening went live on WeHoville.com, residents wasted no time expressing their concerns in the comments section:

“West Hollywood has always been considered a superficial destination when it comes to bars and clubs,” wrote one commenter. “Now, with Reality TV it’s going to be super-superficial.”

“City planners can limit the number of bars in one immediate area. Why have a long succession of bars and restaurants in one immediate location without breaking it up with other establishments whether its a coffee shop of a fast food place or retail store or office/apt complex. The fact is that VanderPumps restaurants and bars mainly attract 21 yr olds from West Covina who love her reality sh*t show and tourists on the TMZ tour bus screaming and vomiting from the bus,” wrote another commenter. “Her lowbrow reality TV status clearly influences the type of people you are getting coming into the city. Its just becoming like another Hollywood Blvd. I’ve live just up the street and have been here for 15 years and I think this pollutes the whole area – or at least that section on Santa Monica Boulevard.”

Another voice chimed in: “Times have changed – West Hollywood is not a ‘gay’ city, but an exciting global destination point with residents from all walks of life. That is, if you can afford to live here.”

“Gay city” or not, the conversation about commercialization in West Hollywood is not a new one. Looking back, one can find articles dating from 2010 and 2011 about WeHo losing its gay “mojo.” An L.A. Times article from 2014 already began to lament the turning of the dial towards a more heteronormative audience, stating: “West Hollywood has seen a development boom that has made the city a more hip, but not necessarily more gay, address. While the city’s gay population has remained at about 40 percent for some time, the commercial scene is changing. The city’s last lesbian bar,  The Palms, was razed last year because the property owners wanted to develop the site, where an upscale supermarket has been proposed.”

A Vice article from last year, by Peter Moskowitz, the author of “How to Kill a City: Gentrification, Inequality, and the Fight for the Neighborhood,” pinpoints another concern: “…part of what makes cities good for gays is simple economics. Queers comprise a relatively small portion of the American population, making it hard to have a “gayborhood” without density. Any given suburb likely doesn’t have enough LGBTQ people living within it to support multiple bars and stores, or nonprofits, or other aspects of queer culture – arts, pride events, and the like – that make for vibrant communities.”

In times like these, when anti-LGBTQ+ laws are being passed in the middle of the country, cities like WeHo are all the more important as oases for gay folks to flock to in times of crisis. However, they’re also cities, with a need to support and sustain business and progress. For a small city like West Hollywood, a step forward in terms of city planning, such as the expansion of the Metro Line, or even a helpful boost to commerce, such as the granting of more recreational cannabis licenses, will always be viewed as a great way to bring money and tourists into the city while serving to alienate the people who actually live there and hold memories of a simpler, gayer WeHo dear. So what does WeHo’s future hold for its actual LGBTQ+ residents? Realistically, a lot of change, and an ever-changing, complex economic upturn that some will praise, and some despise.