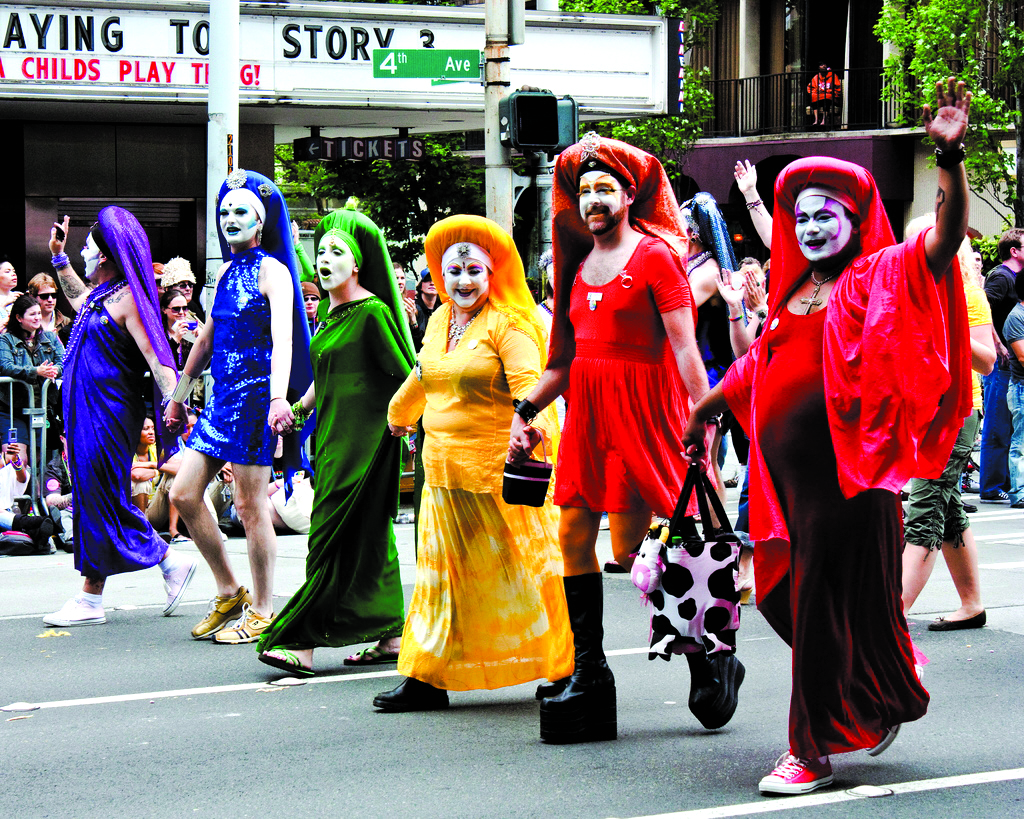 If you didn’t know about the Sisters of Perpetual Indulgence before, you’re about to get intimately acquainted. And we do mean intimate. The order of queer nuns, who are encouraged to choose names “Sister Succuba” and “Sister Missionary Position” is about to hit the mainstream with a tell-all from Religious Studies Professor Melissa Wilcox. After interviewing upwards of 90 nuns from the order, Wilcox discusses the complex history of the radical religious order that encouraged activists to band together and create change, with a little help from drag culture and the iconography of the Roman Catholic Church, natch. This little-known piece of LGBTQ+ history has sat for far too long on the backburner, and it’s about to get a whole new audience and a whole new groove.

Started in 1979 in San Francisco and quickly spreading around the globe, the order described itself as “an order of gay men dedicated to the promulgation of universal joy and the expiation of stigmatic guilt.” The order accepted new members in a similar style to the infamous New York drag dens of the 1980s and 90s, encouraging a culture of queer sisterhood across the world, from Paris to Sydney to Las Vegas. During the AIDS crisis, sisters banded together to raise money and serve their global community with gender-indiscriminate treatment. With over 65 houses in a total of 10 countries, the Sisters’ legacy looms large. So why has no one heard of them?

Hopefully Wilcox’s recently-released book will bring the Sisters of Perpetual Indulgence and their brilliant work back into the light.

2018 is the 40th anniversary of the assassination of Harvey Milk, the activist, politician, and gay trailblazer who dared to be openly gay while running for and standing office. It’s only fitting, then, that on May 22, also known as “Harvey Milk Day,” a new book from Yale Press will come out to help reanimate Milk’s life and times. “Harvey Milk: His Lives and Death” is the newest publication from LA-based LGBTQ+ scholar Lillian Faderman, On May 30, Faderman will read from “Harvey Milk” as part of West Hollywood’s “One City, One Pride” Festival.