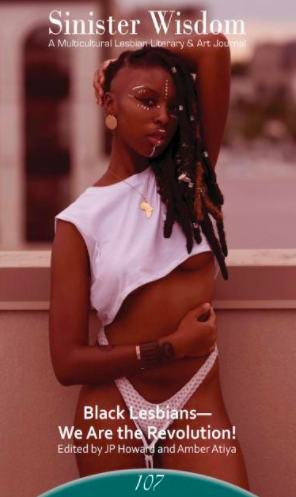 More than 10 years ago, I packed everything I owned in my car, moved to California, and never looked back. Overflowing with talent, WeHo was the first city I fell in love with. This column is dedicated to exploring that talent in the hopes that you’ll fall in love with WeHo too.

The official motto of West Hollywood is “The Creative City,” and it doesn’t disappoint. From galleries and exhibitions to summer concerts and theatre in the parks, the city of West Hollywood is rich in the arts and overflowing with culture. April is filled with artist driven events curated to inspire and entertain. With dozens of different festivals, readings, exhibitions, and workshops to check out, here are three events that you won’t want to miss:

With its origins in the non-conformist art movement of the former Soviet Union, the Bunker Art Group is a community of artists dedicated to the freedom of artistic expression. Under Soviet rule, dissident artists defied the political restraints of socialist realism to create abstract art. Dissident artists were heavily influenced by American artists like Jackson Pollock, who led the abstract expressionist movement. They created their art in private and under the radar of the K.G.B. who would place those artists in asylums or demolish their body of work. Made up of artists from the former Soviet Union, the Bunker Art Group today carries with it a legacy that’s rich in artistic expression.

Curated by renowned critic and Associate Editor of Fabrik Magazine Peter Frank, Bunker Open Doors will feature a portion of Sergey Djavadian’s collection of artwork from the original members of the Bunker Art Group. Djavadian provided stipends to struggling artists and allowed them the opportunity to pursue their artistic endeavors. Artists gifted Djavadian pieces of their original work, and for the first time in the US, that artwork will be on display.

Founded in 2002, the South East European Film Festival aims to promote cultural diversity through a series of films that shine a light on the issues of the troubled region of South East Europe. “Passport to Trieste” is the 13th edition of SEEfest and will screen over 40 films centered on Trieste and its multi-cultural significance. Through a collection of documentaries, features, and shorts, it offers a unique perspective into the lives of some of Europe’s most marginalized groups.

One hundred years after the end of WWI and the fall of three major empires, SEEfest addresses the current day cultural effects on countries that became independent for the first time. Founder of SEEfest and Artistic Director Vera Mijojlic shares a glimpse into some of the stories we can expect from SEEfest: “From difficult situations, you get great stories. You have wonderful stories about love across these toxic borders, stories about bravery. You have stories about overcoming difficulties. And you have stories about people who don’t see things the same way coming together and learning to understand each other. These are the great stories that we bring.”

For tickets and information, visit www.seefilmla.org.

For more than four decades, “Sinister Wisdom” has published some of the most thought-provoking work of lesbian artists and authors from all walks of life. Lesbian Speakers Series event offers a reading by women featured in “Sinister Wisdom” including Tai Farnsworth, Olga Garcia, Bonnilee Kaufman, Ronna Magy, and Kitty Tsui. Following the reading, there will be a Q&A where audience members will have the chance to interact with the readers.

“Sinister Wisdom” continues to be one of the most important remaining publications in the lesbian community. It explores issues in the community from a diverse point of view while embracing the power of unity among women. Louise Moore will be talking about the history of “Sinister Wisdom.” For her, the significance of the publication is simple. “We think having our own voice and a platform for women’s voices is still important.”