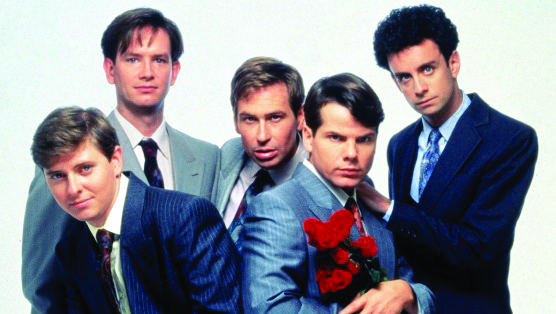 Hollywood and its surrounding area are changing at the speed of light. Home to World of Wonder Productions and the many drag queens who do impromptu interviews on Hollywood Boulevard as well as the LGBT Center’s theater and galleries, Hollywood is a diverse place that often doesn’t stray away from queerness.

But sometimes the speed of change bulldozes even the most sacred of institutions in the metropolis. News just came out that one of the centers for arts and culture in Los Feliz will close to make way for new condominiums. Steve Allen Theater is known for its all-embracing stance on the absurd. As the Los Angeles Times put it, “The bar for eccentricity may be pretty high in Hollywood, but the Steve Allen Theater clears it easily.”

The theater was not afraid to tackle subversive themes, among them was “Hollywood Hell House,” one of the theater’s first productions in 2004. The show parodied real-life Christian “hell houses” that were meant to scare people about facing eternal damnation. Audiences explored different rooms of “sin,” including homosexuality, as celebrities like Sarah Silverman and Bill Maher were among the cast. Before the fire marshal closed down the event, the production had already garnered a lot of press.

The theater has over a decade of history in innovative performing arts. Amit Itelman, founder of Steve Allen Theater, told Curbed LA earlier this year, “One of the reasons why I think this neighborhood is unique is the theater, so it’s a shame that people will want to move to an interesting neighborhood, but they’re going to lose one of the things that makes it interesting.”

PH/T&T Master One, LLC will tear down the beloved center for the arts this year for 21 new condos to an area that also has a prominent homeless population and the East Hollywood Los Feliz Homeless Coalition to cater to the community.

The theater held its last hurrah on November 3 with over 20 performers, including Bruce McCulloch, Mark McKinney and Dave Foley of “Kids in the Hall,” to celebrate years of pushing boundaries at its East Hollywood location and salute Itelman.

Jesse Elias, one of the performers, wrote a goodbye post after the theater’s last show that noted: “The theater felt like it belonged to a bygone Rocky Horror era when cool people gathered at midnight to enjoy kitschy campy cult Halloweeny things. Now time has caught up and the theater must clear out for people who like glass bowls filled with rocks waiting in line for food fall asleep watching Hulu at 10pm things.”

The resident nonprofit of the Steve Allen Theater, Trepany House, will be looking for a new home as they present their final season next year.