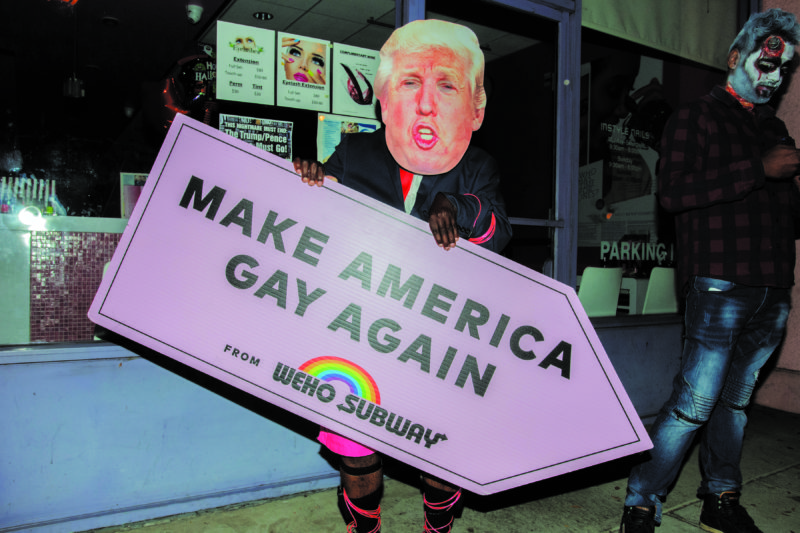 Each year, the streets of West Hollywood light up with glitter, gaiety, and more glitter as demons, drag queens and ghouls make the mile-long march from Santa Monica Boulevard and Historic Route 66 between Doheny Drive and La Cienega Boulevard. 2017’s West Hollywood Halloween Carnaval was certainly no different. From 6 to 9 p.m. on October 31, the streets of WeHo dazzled with colorful crowds and thumped with music from live DJs. As the centerpiece of the even, comedian Jake DuPree, also known as Glitter Fantasy, was crowned “Queen of Halloween” by the City of West Hollywood.

As Cosmopolitan’s first ever “Unicorn Correspondent,” DuPree “spreads sparkle, light, love, and acceptance with his unicorn food reviews and unicorn makeovers,” according to a press release. “His mission is to Make America Fabulous Again by dancing, prancing, and sparkling.”