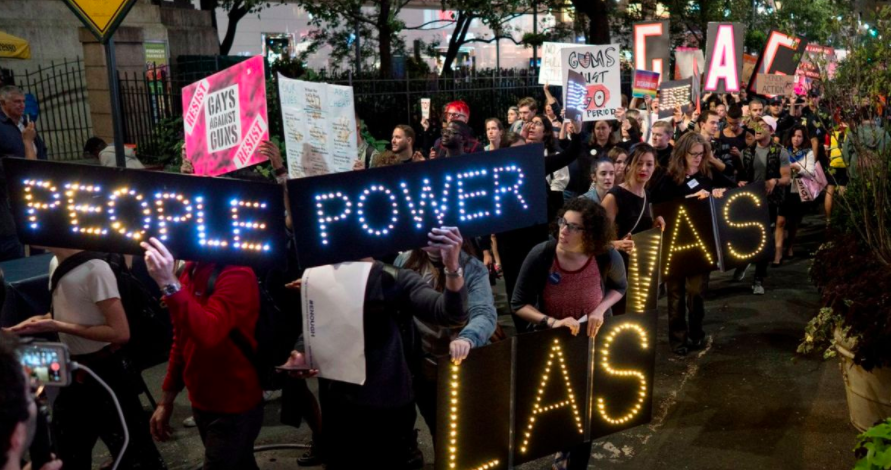 This morning, news of the shooting at Mandalay Bay reached most of via social media and news feeds. In the hours since, we’ve read the same responses from news outlets and talking heads that we hear after every tragedy. We know we need to do a better job of protecting our citizens against gun violence, but we still haven’t taken the steps to do so.

Gays Against Guns, an organization that has stood for weapon control and non-violence for years, spoke out against the shooting in a press release issued earlier today.

“American woke up today…to another “greatest mass shooting in modern American history”. The number of humans killed and wounded at the Mandalay Bay in Las Vegas will probably exceed the number that were killed at the previous “record holder” – the shooting at the PULSE Nightclub in Orlando, Florida in June of 2016.”

The GAG statement goes on to urge queer activists to fight for gun control and a safer country.

GAG will hold a rally on October 5 at NYC’s LGBT Center from 7-9 pm. For news about upcoming L.A. meetings and events, check the GAG social media channels for more info.