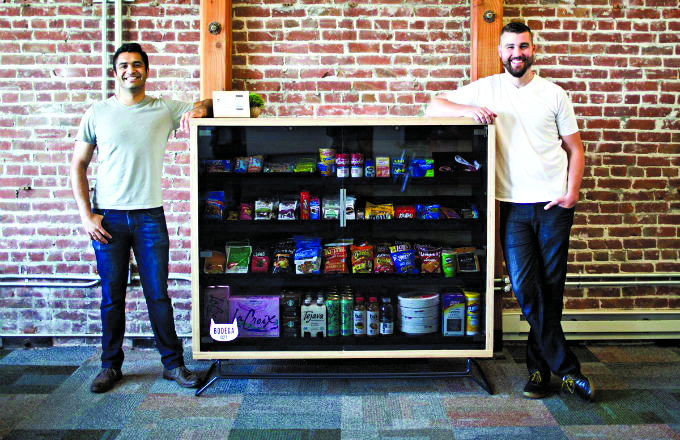 On Wednesday, September 13, a basic business profile of a new start-up called Bodega was published on Fast Company. The story got picked up in record speed. But not just the story: Specifically the headline. Or, a variation of the Fast Company headline, which claims that Bodega aims to make actual bodegas – small corner stores from which Bodega takes it name and concept – obsolete. Needless to say, the Internet was not happy.

From Complex: “For reasons unknown, some people apparently hate charm. And there’s nothing quite like the charm and unmistakable homeliness of your favorite bodega.”

From GQ: “Bodega seems to fall neatly into the category of well-intentioned but ultimately pointless startups whose whole business model is predicated on: (1) minimizing contact with brown people, and (2) taking an existing thing and calling it another thing.”

It was this “minimizing contact with brown people” line that pickup articles honed in on. On this week’s episode of Black culture podcast “The Read,” host Crissle chose Bodega as her read of the week, explaining:

“This doesn’t serve anybody who doesn’t have a personal issue with bodegas….bodegas are everywhere. It’s not inconvenient to get to a bodega at all…The thing about the bodega is that these are in poor neighborhoods, populated by people of color who have been there [for decades.] It’s not enough for y’all to move into these neighborhoods, quadruple the rent, kick out people who can’t afford to stay there no more,…now you just feel so icky and so uncomfortable going down to that bodega with their loud Latino music and their kids congregated outside…it is just such an inconvenience and  you feel so uncomfortable and so gross and so much like an outsider…White people go to these places that are populated by people of color who have been in the neighborhood for decades and generations and you feel so uncomfortable because you’re so aware of your whiteness in those spaces that you would rather put those people…out of business.”

Versions of this complaint were echoed in articles and Twitter feeds all across the Internet. And while the argument added fuel to the fire, it didn’t cover the way that the original article used the Bodega profile to make politically charged claims about the endangered future of mom and pop businesses in cities around the country. Can one vending machine service truly be responsible for wiping out a huge cornerstone of American industry? No one sought to find out.

In Fast Company’s article, we’re told about a new startup headed up by two ex-Google employees, Ashwath Rajan and Paul McDonald, who secured: “angel investment from senior executives at Facebook, Twitter, Dropbox, and Google.” The service:

“…sets up five-foot-wide pantry boxes filled with non-perishable items you might pick up at a convenience store. An app will allow you to unlock the box and cameras powered with computer vision will register what you’ve picked up, automatically charging your credit card.”

Simple, right? And not that much more controversial than your traditional vending machine. Except for the name: Bodega. As in, corner stores traditionally run, in this country, by people of color, specifically Latinx workers in New York and Los Angeles, where the bodega is most commonly found.

And that logo: A bodega cat. The cat image is what the co-founders see as a kind of homage to the idea the bodega holds in American society: A charming, dusty, local convenience store where a cat freely roams the aisles and non-white families man the register.

It didn’t take long at all for the Internet to hit back at McDonald and Rajan, calling their concept appropriation and claiming it was trying to force traditional bodegas out of business.

However the founders never claimed that this was their goal, the Fast Company article did.

Here is what McDonald actually stated:

“The vision here is much bigger than the box itself,” McDonald says. “Eventually, centralized shopping locations won’t be necessary, because there will be 100,000 Bodegas spread out, with one always 100 feet away from you.”

With or without Bodega in the running, he’s not far from wrong. With options like Instacart, Drizly, GrubHub, and Blue Apron, the future clearly points to convenience and anti-social activity. In the wake of Amazon’s purchase of Whole Foods, the future of traditional shopping seems even more endangered. Whether Bodega existed or not, a ritzy vending machine option would have come along to corner the market by servicing people who want something basic right now and don’t want to leave their office, dorm, or apartment complex to do it.

Of course, everyone who read the Fast Company article’s headline had all they needed to go from. From the original title (“Two Ex-Googlers Want To Make Bodegas And Mom-And-Pop Corner Stores Obsolete”) we soon got:

From the New York Times: “Can a Vending Machine Replace a Bodega? A Start-Up’s Plans Draw Fire”

From Complex: “Former Google Bros Want to Do Away With Bodegas and People Are Pissed.”

Which is not to say that the plan didn’t have its detractors even before Fast Company’s profile. Frank Garcia, the chairman of the New York State Coalition of Hispanic Chamber of Commerce, wants to encourage the actual bodega owners of his membership to disallow the Bodega product from spreading. In Fast Company, Garcia said:

“We would ask our Hispanic community not to use the service because they are not really bodegas. Real bodegas are all about human relationships within a community, having someone you know greet you and make the sandwich you like.”

This comment about community is what many writers of online pieces echoed in their sentiments (how dare you try to crush the bodega!) in a way that brought the clear class divide between the owners of actual bodegas and the writers of such articles to the forefront.

What came out, in between the blaming and shouting and rapidfire pickup of the clickbaity article, was a more troubling relationship between whiteness and what the bodega represents. That “charm” that people speak of. The “quaintness” of a family-run business owned and operated by non-white people for decades. The critics of Bodega spoke out against the annihilation of traditional bodegas – but they revealed something else in the process. All the talk of charm and quaintness and instant nostalgia for something that still exists exposed the fact that, when it comes the class divide, the same upper-class Americans who are likely to use Bodega’s services to buy location-specific (and of course, income specific) goods, like organic ramen and pricey Mrs. Meyer’s cleaner, look on actual bodegas as a kind of sweet, ironic commonplace. The idea of family-run businesses that weren’t made for and by white people? How quaint.

Bodega has been in beta for about 10 months. As of September 13, the day the article was published, 50 new locations up and down the West Coast were installed in dorms, offices, and coworking spaces. The fate of Bodega remains unknown, but its story gives us clear insight into the growing class divide that has already been tearing the country apart for the past year. The Bodega debate will most likely rage one, while the gap between rich and poor continues to widen at record speed.