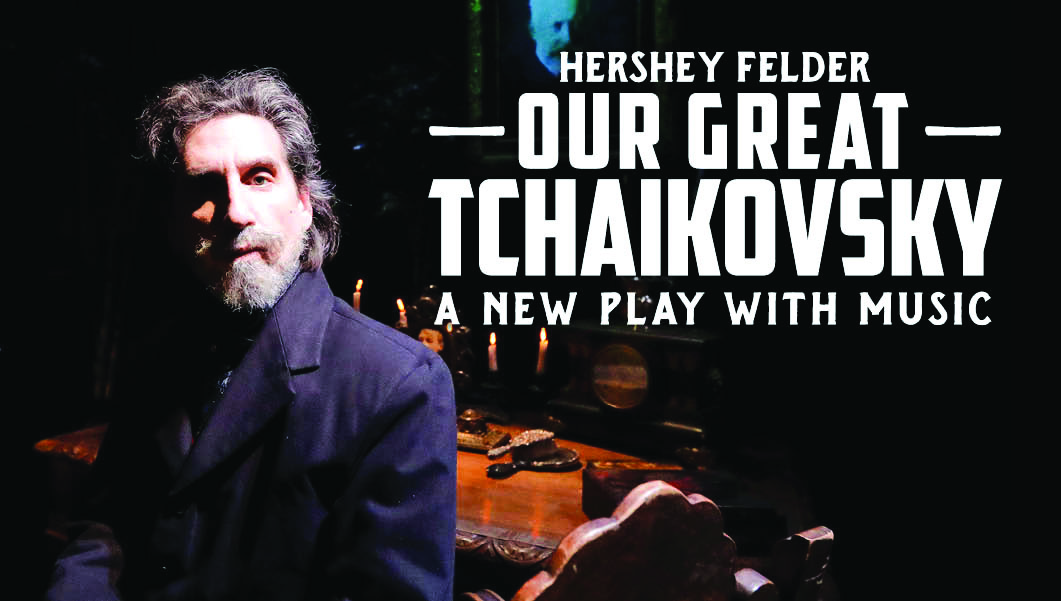 If you know of the actor, musician, and writer Hershey Felder, you’ll know that for the past 10 years has committed his life to portraying a diverse array of musicians in one man shows, from Tin Pan Alley craftsmen like George Gershwin and Irving Berlin to classical masters like Chopin and Beethoven. With each portrayal, Felder uses the music to inform his understanding of the man (or men) who wrote it, getting deeper and more personal with work that seems, with each passing year, to slip from our analytical grasp. Felder’s work is a kind of living biography – a melding of his deep appreciation of work with his understanding of what emotional toll its production must have taken on each creator.

Which brings us to that louche Russian master, Tchaikovsky. The man who brought us “Swan Lake” and “The Nutcracker” is the latest subject of Felder’s work in “Our Great Tchaikovsky,” a deep dive into the music as well as the less-discussed aspects of the great master’s life, patronage, and sexuality.

The sexuality, of course, is the challenge in a one-man show. How to hint at it, reference it, or even bluntly talk about gayness in the context of a man who couldn’t hint, reference, or bluntly talk about it in his own time? Who probably wouldn’t even be able to talk about it in the Russia of today, much less during his own lifetime during Imperial Russia’s great last gasp? Felder brings up this point, poignantly, at the beginning of each show, when he brings out a letter from the current Russian government asking if he would be open to bringing his show to Russia – on the condition that he remove any mention of Tchaikovsky’s homosexuality. Luckily, Felder has absolutely zero interest in this. He’s content to keep telling the tale of the Russian master here in the States, where the full story can finally come to light.

Our Great Tchaikovsky will play at the Wallis Annenberg Center for the Performing Arts through August 13.