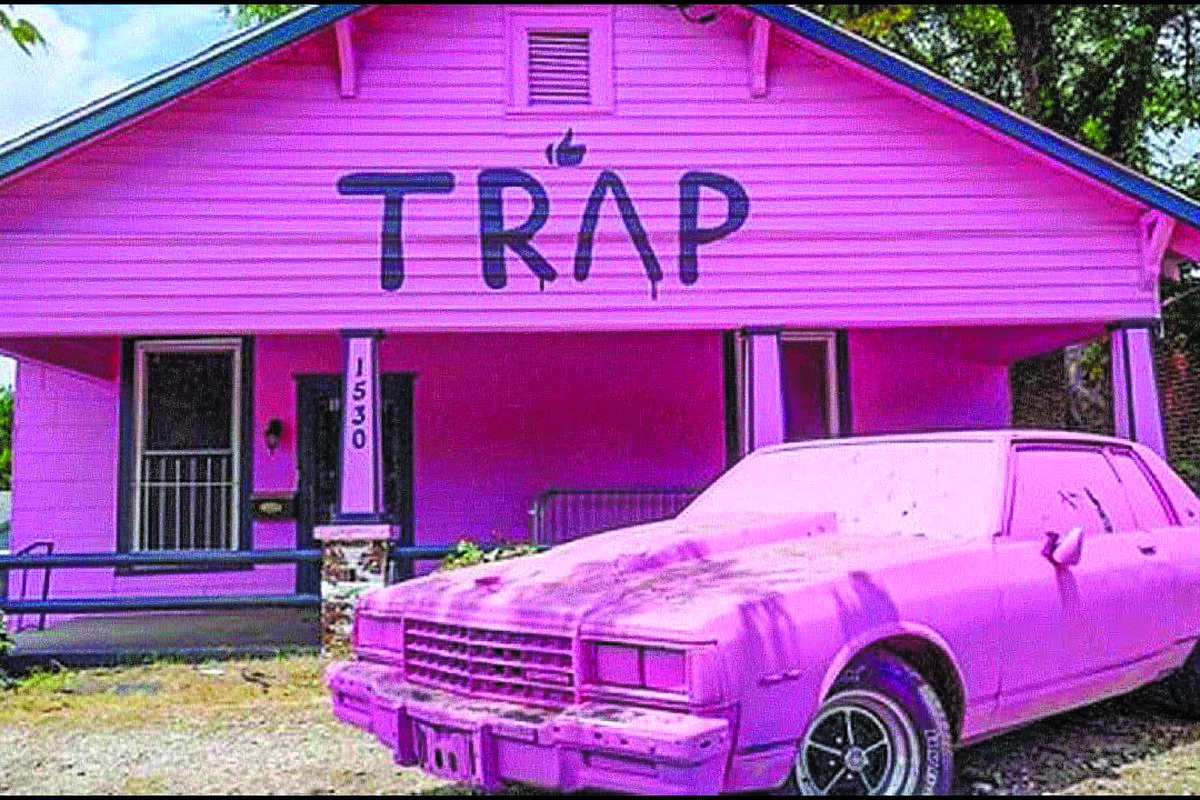 BY ANNETTE SEMERDJIAN| In Berkeley Park, not too far from downtown Atlanta, you can find the candy-pink house made famous on the cover of 2 Chainz’ latest album, “Pretty Girls Like Trap Music.”

The all-pink dwelling is hard to miss and has become quite the tourist attraction. As one of hip hop’s biggest philanthropists, 2 Chainz has turned the spot into an HIV testing clinic, providing free HIV testing to the residents of Atlanta.

Reports last year from the Center for Disease Control and AIDS researchers found that Atlanta had HIV rates that are as alarming as those in cities like Harare in Zimbabwe. “Don’t have food on your table, have kids to take care of and somebody says you have HIV, that’s just another problem that you have,” said Dr. Carlos del Rio, co-director of Emory University Center for AIDS Research to FOX 25 Boston.

2 Chainz partnered with Fulton County Board of Health, Test Atlanta, and Atlanta Aids to transform the Trap House into a temporary HIV testing clinic. The trap house has seen many visitors and even had complaints about noise and traffic in the residential area, yet all those people were allowed an opportunity to take the first step in confronting the epidemic that threatens the capital city of Atlanta and the state of Georgia.

Before 2 Chainz’ Trap House was a free HIV clinic, it was also a nail salon and a Trap Church service (claiming on his Instagram that “7 days without prayer makes one weak”). The Trap Church encouraged people to get involved in the community and promote positive change by joining local organizations in the rapper’s hometown.

“We can’t listen to the music without really addressing the systemic issues and the systematic oppression that causes the trap to even exist and so that’s the reason we pulled together ‘Trap Church’ is to really to talk about the other side of the trap, to talk about how we as a community have a responsibility to come together and help our brothers and sisters who are facing these tough situations,” Pastor Michael Wortham told FOX 5 Atlanta.

The Trap House has recently been closed down since the area could not take so much noise and large crowds from the amount of attention the house garnered and is being remodeled to be leased to new tenants.

In just a number of days after the Trap House project came together, it made a political statement, helped fight one of the area’s biggest epidemics and provided manicures.