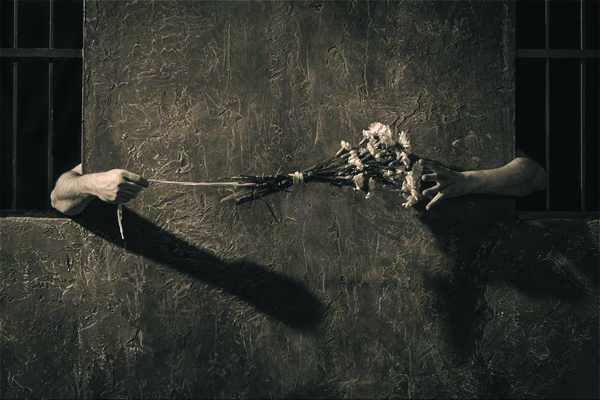 RESEARCH BY J.J.  ENGLENDER| The most controversial film in California history was the silent short – and French author Jean Genet’s only directed film – “Un Chant d’Amour,” made in 1950. In 1966, the State Supreme Court upheld a lower court ruling banning the showing of Genet’s movie across California. The silent film, concerning sexual relations between four inmates and a prison guard and featuring many artistically suggestive shots of near-fellatio, according to the Supreme Court, “was nothing more than hard-core pornography.”

No wonder – the political climate at the time wasn’t exactly open to depictions of frank sexuality. The U.S. publication of Henry Miller’s famous “Tropic of Cancer” in 1961 had led to a series of trials in which the American court system had tried – and mostly failed – to separate the work’s pornographic qualities from its artistic value. Genet’s writings – not to mention his graphic and suggestive film – didn’t have a chance of faring much better against the still-puritanical standards of early ‘60s America.

“Un Chant D’Amour” or “A Song of Love” didn’t have much better luck in San Francisco, where it was banned in 1966. TheCalifornia District Court of Appeal also banned screenings in Berkeley that same year. Even Judge Earl Warren Jr., who would approve the showing of Sweden’s racy “I am Curious Yellow” (Vilgot Sjöman, 1967,) couldn’t see the artistic merit in “Un Chant d’Amour,” calling it “pure filth” in 1969.

But time heals all wounds. By 1973, censorship had relaxed enough to render Genet’s film palatable even to the deepest Midwestern audiences. The Sheldon Art Gallery in Lincoln, Nebraska showed “Un Chant D’Amour” along with “The Queen” (Frank Simon, 1968).

Until that time, “Un Chant D’Amour” would have to stay under wraps. Which isn’t to say that Genet’s work didn’t enjoy his fair share of time on the big screen. In 1965, “Deathwatch” and “The Balcony” – two adaptations of Genet’s plays – both played at Cinema theater on Western and Santa Monica, billing the screening as “Two shockers from the strange world of Jean Genet” – and also at the Nuart. At the same moment, mainstream L.A. theaters were showing “The Sound of Music,” “Thunderball,” “My Fair Lady” and “Born Free.” The cultural divide could not have been wider, and the fast-encroaching summer of love – to be followed by a decade which would see the studio system crumble entirely in favor of a more youth-oriented movie market – would have its revenge on the outdated U.S. censorship standards soon enough.