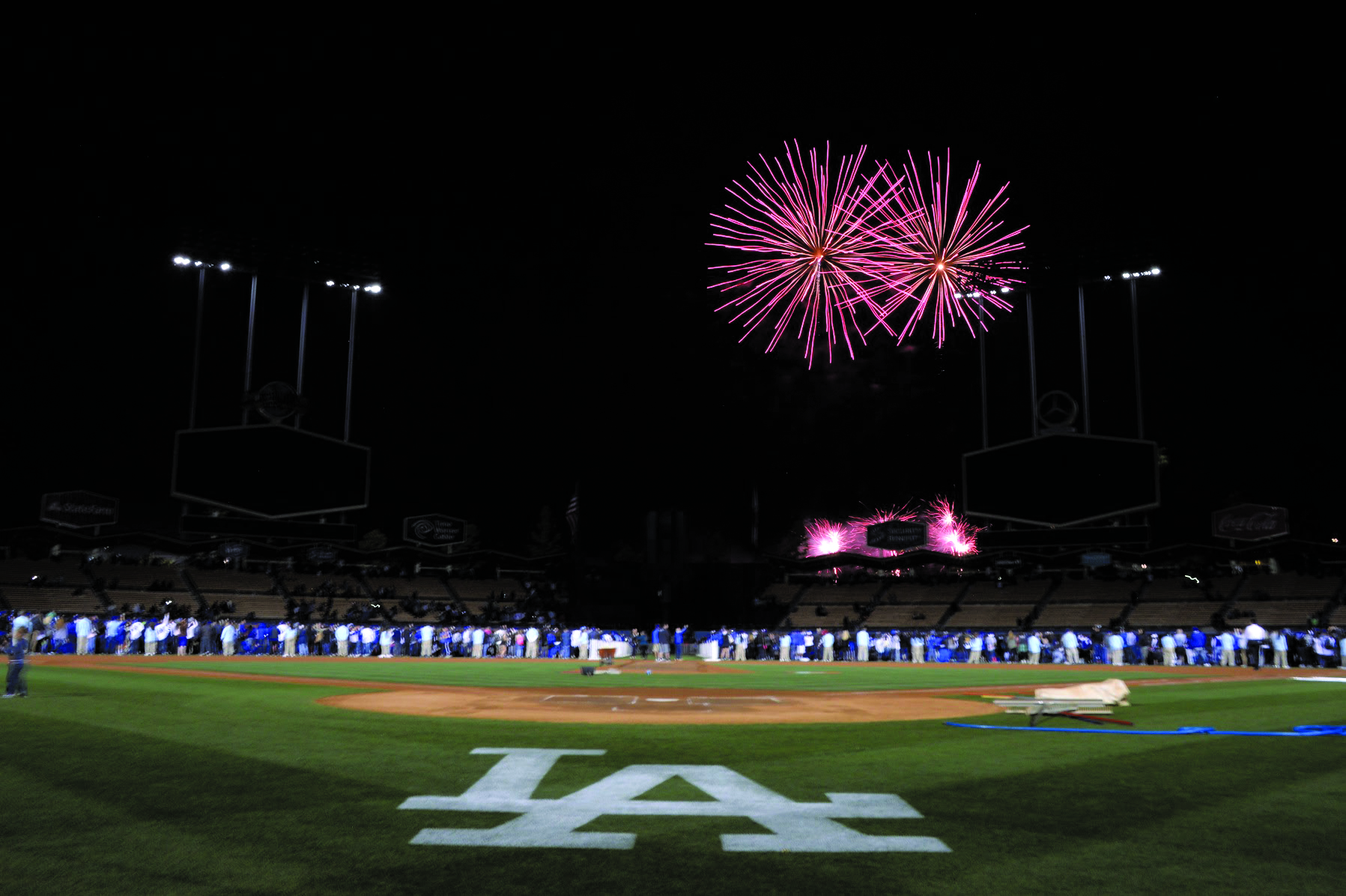 When Billy Bean was asked to participate in the fifth annual Dodgers Pride night, he didn’t have to think twice. As a former Dodgers player and Major League Baseball’s Ambassador of Inclusion since 2014, Bean’s connection to the team goes way back.

“Lon Rosen [Dodgers Executive Vice President and Chief Marketing Officer] and Erik Braverman [Vice President of Marketing and Broadcasting] asked me to participate,” he says. “Lon is an incredible personality in our sport, and Erik is not only a colleague but a very good friend. I’m inclined to say ‘yes’ to whatever they ask.”

For Bean, it was also deeply personal.

“I want to use whatever visibility I have in this sport to encourage people to know about the game and why it’s important. It’s so wonderful to have this great olive branch out there to the community in Los Angeles,” Bean says. “I depend on this city to be a leader, to be progressive and to push harder because it sets a wonderful example not only to the rest of baseball but the rest of the sports world.”

When Bean came out as gay in 1999, the world – particularly the sports world – was a very different place. The AIDS crisis was still at large. Matthew Shepard had been brutally murdered the year before. And when it came to being openly gay in sports, Bean was one of the first. In 1995, shortly after the death of his longtime partner, he’d retired from the sport altogether rather than face the backlash of a public coming out. It took him four years after his retirement to feel comfortable telling the world who he was.

Today, Bean is more than just a celebrated player and member of the sports world. His story is an integral part of sports history. As Major League Baseball Vice President & Special Assistant to the Commissioner, he has an opportunity to represent a new image of what the sport can be for generations to come. For Bean, Dodgers Pride Night is part of that.

“The fact that we can be out and proud and share that visibility does make people sometimes think ‘wow, our differences are so much smaller than the things we have in common,’” says Bean. “And that to me is how we get closer and closer as a community. Hopefully, soon enough, days like this do not need to be elevated or magnified as much because it’s just commonplace.”

On June 9, Bean will join the Dodgers, along with a host of special guests, for their fifth annual Pride Night in Los Angeles. This is the first year the Dodgers will officially team up with L.A. Pride for the celebration. Matt Bomer will throw the ceremonial pitch,  queer icon Dot-Marie Jones will sing the national anthem, and both the Gay Men’s Chorus and the Trans Chorus of Los Angeles will be in attendance. But for gay fans and players of baseball, the night represents much more than an isolated gesture toward the LGBT community. It’s a measure of progress.

“I keep thinking about the days when I was a player and these kinds of nights did not exist,” Bean recalls, “and the darkness that I was living in, playing in. Self-imposed darkness. It would have been a life-changing experience, not only to see someone who was a part of my own community watching a baseball game and bring brave enough or comfortable enough to display that, nevermind my actual employer saying that tonight is a night where we salute this community.”

Bean isn’t the only one who sees the night as a mark of progress. Erik Braverman, who serves as the Dodgers Vice President of marketing and broadcasting, knew just what he was doing when he helped set up Pride Night five years ago.

“Being a gay man living in West Hollywood who also happened to be a huge baseball fan, I thought the market had been underserved,” says Braverman. “It was an opportunity, not just from a ticketing standpoint. I really thought of this as outreach for fellow people like myself who happened to be LGBT and also had a real passion for baseball. That’s how this whole thing started.”

Bean and Braverman have both seen the two sides of baseball culture: the era of the sport during which players were too frightened to come out, and the current era, where teams like the Dodgers show a commitment to diversity and community in increasingly public, meaningful ways.

“That first year, we were trying to explain what the night was. The initial response was, is this going to be pandering?” Recalls Braverman. “I think now that we have ties in the community – helping out with the Trevor Project, being involved with the Varsity Gay League – we’re more visible in the community at large. I think that’s made it more authentic.”

Authenticity is a key aspect of the sport as national identity. It always has been. Baseball, at home and abroad, stands for American values at their core. Adding inclusivity and diversity to those values does immeasurable work towards pushing both the sport and the culture further.

“The key for us, for me, is that it has to be real,” Braverman says. “It has to have a goal of being a year-round connection. Otherwise, it really is nothing more than a sale, and that’s not what this is about for me.”

When Braverman came out in 2015, he was the only person in a high executive position to be out in the baseball world. The Dodgers’ dedication to inclusiveness was something that made it easier for him to do.

“We rely on [baseball having power in America,]” said Bean. “I think there’s an understanding with baseball being the sport of Jackie Robinson, and that it goes all the way back to that moment 70 years ago. The origin of that moment, when Robinson made his major league debut, was on the Dodger baseball field. And how the Dodgers’ fearlessness in creating an inclusive message has always been there. Not only is it great, but it’s important.”

Baseball has always been a powerful ideological force in America. The fact that it’s now becoming a place where kids and adults can see a diverse cross-section of players of different sexualities is a testament to its ability to change and progress with time and to keep representing America as it goes through its own changes.

“For me,” says Bean, “I’ll be sitting there, hopeful and excited and wishing a part of me was young enough to still be a player, and wishing I had had this as a player. But for me, to be still in baseball and see where our sport is going and the fearlessness to be an example of change, and make a conversation that wasn’t common not so long ago one that’s commonplace, it’s very rewarding. People of my generation, we’ll be feeling a lot of that on that evening.”