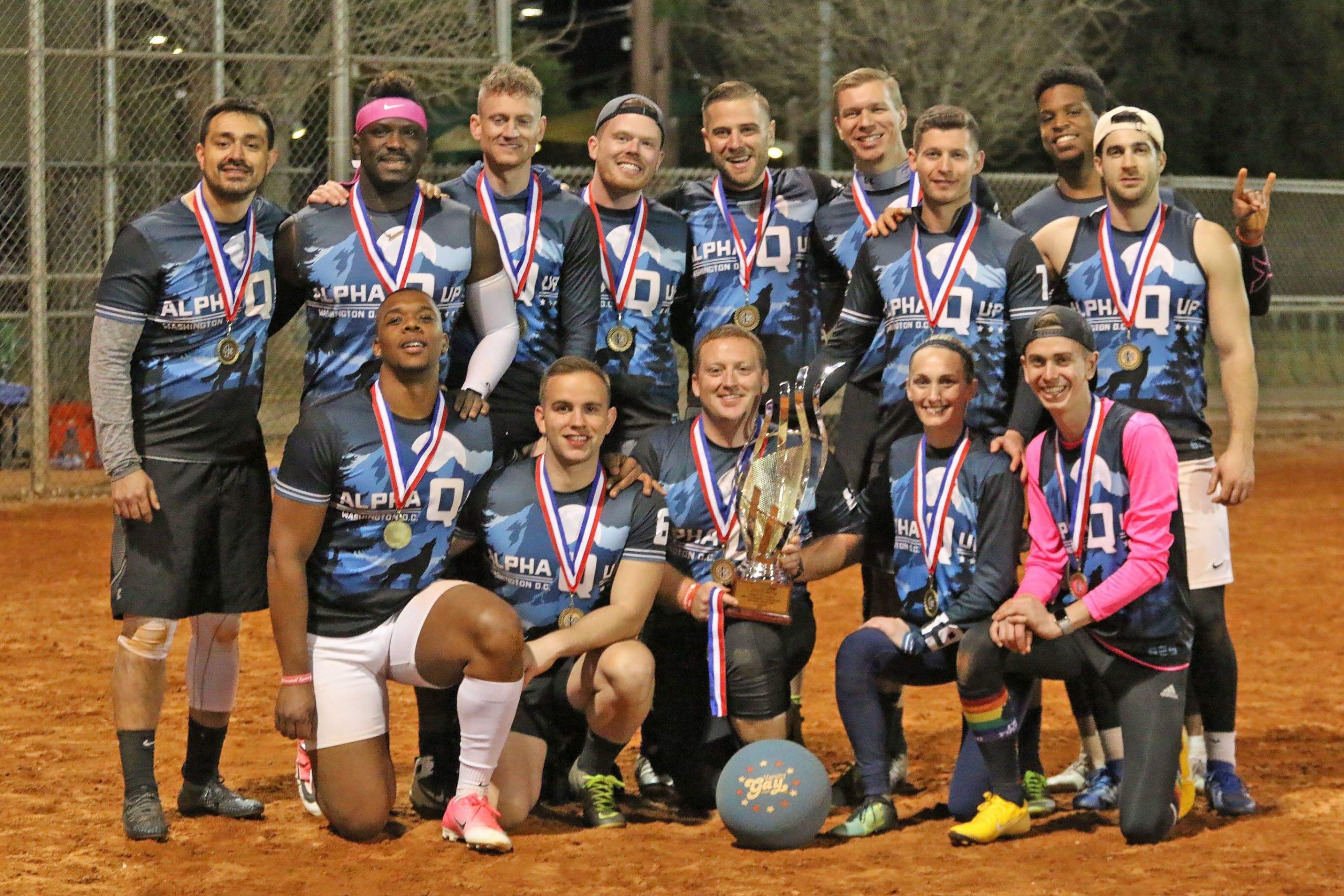 For those who cannot wait every two years for an iteration of the Olympics, or every four years for Gay Games, there is Sin City Classic Sports Festival in Las Vegas.

Hosted annually by The Greater Los Angeles Softball Association (GLASA), Sin City Classic brings together the United State’s finest athletes for a weekend of fun, competition and camaraderie. The Pride LA spoke with tournament director Ken Scearce to get the inside scoop. Check it out:

Growing up in NW Georgia and all through high school and college, I never knew that the gay community was interested in sports; I thought I was possibly the exception. As a life-long sports fanatic, my life changed for the better at the age of 25 when I responded to a newspaper ad recruiting players for a local LGBTQ traveling softball team. A few weeks after responding to that ad, I was playing in my first gay softball tournament in Philadelphia, PA. Twenty-five years later, some of my best friends are people that I met at that first tournament and other tournaments that I attended that same year.   Like many in our community, I count these close friends as my extended family and that includes my closest friends that I have met through LGBTQ sport leagues over the last 25 years. I have lived in Los Angeles since 2005 and am fortunate to have a great man in my life that I met in 2002 at the Gay Softball World Series in Portland, OR.

In one sentence, what is Sin City Classic?

The Sin City Classic (SCC) is a collaboration of the top LGBTQ sports leaders in the U.S. working together to provide a fun, competitive and safe environment for our community to come together once a year to compete and connect.

The SCC is operated by The Greater Los Angeles Softball Association (GLASA), which is based in Los Angeles. The model that we have created for the SCC is a plug and play for our different sports. This means GLASA takes care of planning all nightly social events, the hotel contracts and logistics and the main website, which allows each sports’ organizers to easily just plug into the fun and focus on their respective sports. Regardless if the sport has 25 or 3,500 athletes, all 24 sports benefit from the over 8,000 athletes participating at one time for four days every January in Las Vegas.

How is Sin City Classic similar/different than Gay Games?

Where the Gay Games rotates around the globe every 4 years, the Sin City Classic is an annual U.S.-based event and always takes place the four days prior to the MLK holiday in Las Vegas.  Soccer is the sport that draws the most international players, mostly from Central and South America.

Where did the idea come from? Why create the event?

For many years GLASA hosted a local Los Angeles softball tournament called the Tournament of the Stars; however, because of logistical challenges, including lack of great softball fields, which typical with most big cities, and the geographic challenges with distance between West Hollywood (where people wanted to stay and socialize) and the fields that were being used being in South El Monte, there was a lack of interest in the tournament. GLASA formed a committee to explore the possibility of hosting a tournament in Las Vegas and, after two years of discussions, the first tournament was held in January of 2008 hosting approximately 50 softball teams.

How has the festival grown in the past 12 years?

The festival has grown so much because of both the TIME and LOCATION. January is a time of year when there are very few LGBTQ events going on around the U.S. This made it a natural fit for the different sports to join together to form a new annual tournament. As a location, Las Vegas offers so many entertainment options beyond our sporting competitions.  Many athletes arrive early and stay late to join in on the nightly social events and take advantage of the many things that Las Vegas has to offer such as gambling, shows, great restaurants and concerts.

Why is it important to have a safe space for LGBTQ+ Athletes to gather?

I remember how I felt as a 25-year-old gay jock thinking that I was different and might not be able to ever openly be myself and play sports again. Once I responded to that ad for competitive softball players, my life changed forever in an amazing way. I am very excited to lead the charge for GLASA in working with the other 23 sport leaders to continue to provide a fun, competitive atmosphere once year.

Can you tell me a bit about the new sports/social activities this year?

We added four new sports to the 2020 event; Basketball, Spikeball, Indoor Rowing and Steel Tip Darts. Our Registration and Closing parties change slightly every year to keep it exciting for our athletes.  For our Closing Party on Sunday night, we are excited to have Kristine W, Chad Michael from RuPaul’s Drag Race, Lee/Dagger DJ’ing for us and a local LA drag celebrity, Kay Sedia, taking on hosting duties for us.

What are you most looking forward to?

Every year, the most gratifying part of my weekend is to walk through the hotel lobby and casino hearing and seeing the fun the athletes are having together; especially when it’s athletes from different sports connecting.