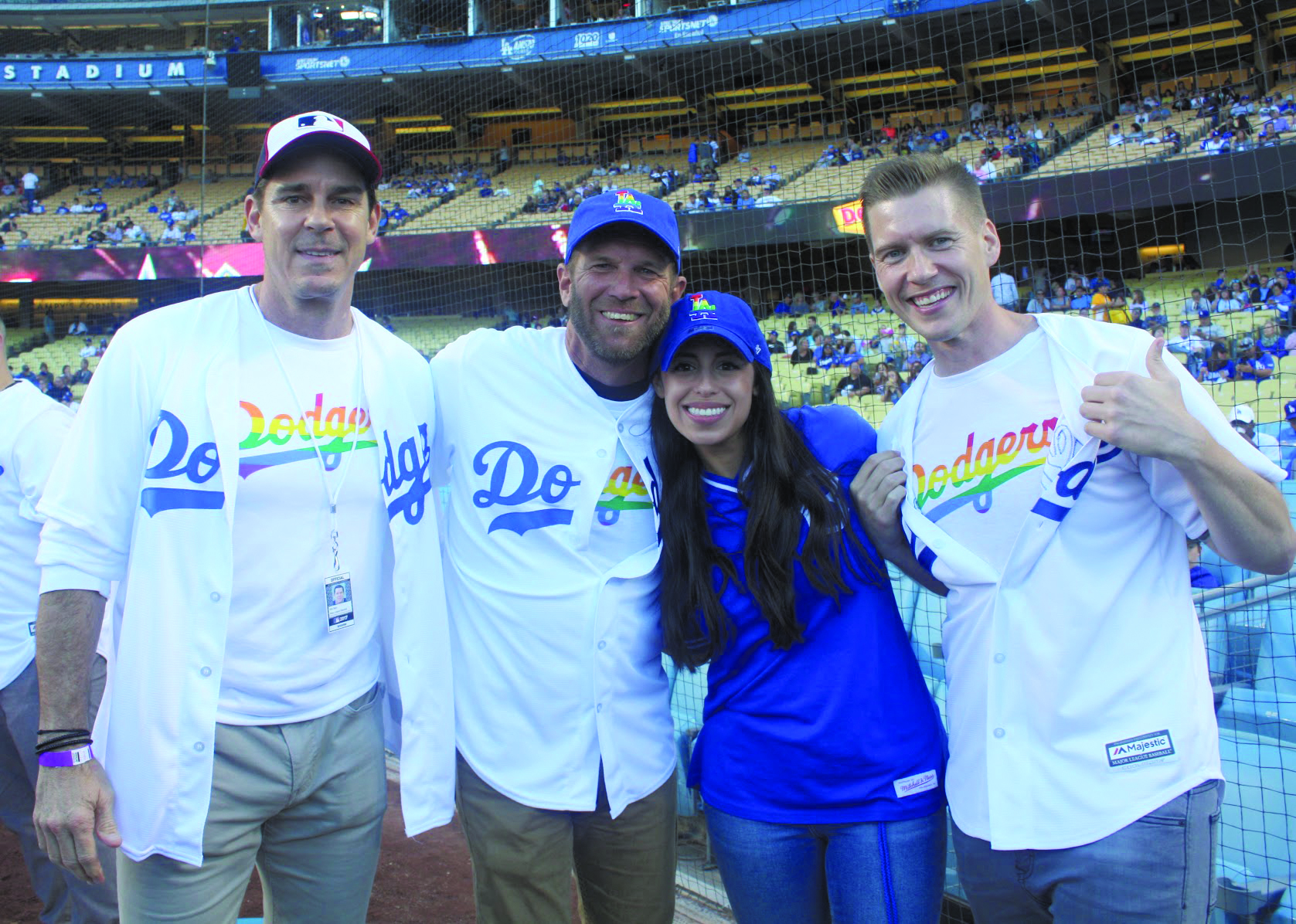 Dodger Stadium lit up with Pride on Friday, June 9, as the stadium hosted its first Pride night that also served as the official kick-off to 2017 Pride LA. The pregame party came alive with fancy drinks and great music before the National Anthem was performed by Dot Marie Jones backed by the Gay Men’s Chorus and Trans Chorus of Los Angeles. Founder of #ResistMarch Brian Pendleton threw the first pitch and the evening honored an array of LGBTQ activists including Billy Bean (Major League Baseball Vice President & Special Assistant to the Commissioner), actor Noah Galvin (best known for his role as Kenny O’Neal on the ABC sitcom “The Real O’Neals”) actor Guillermo Diaz (currently starring as Huck in the ABC series “Scandal”) and Paul Katami and Jeff Zarrillo, best known for being plaintiffs in the landmark case that wound its way to the Supreme Court of the United States successfully overturning Prop. 8 and restoring marriage equality to California.