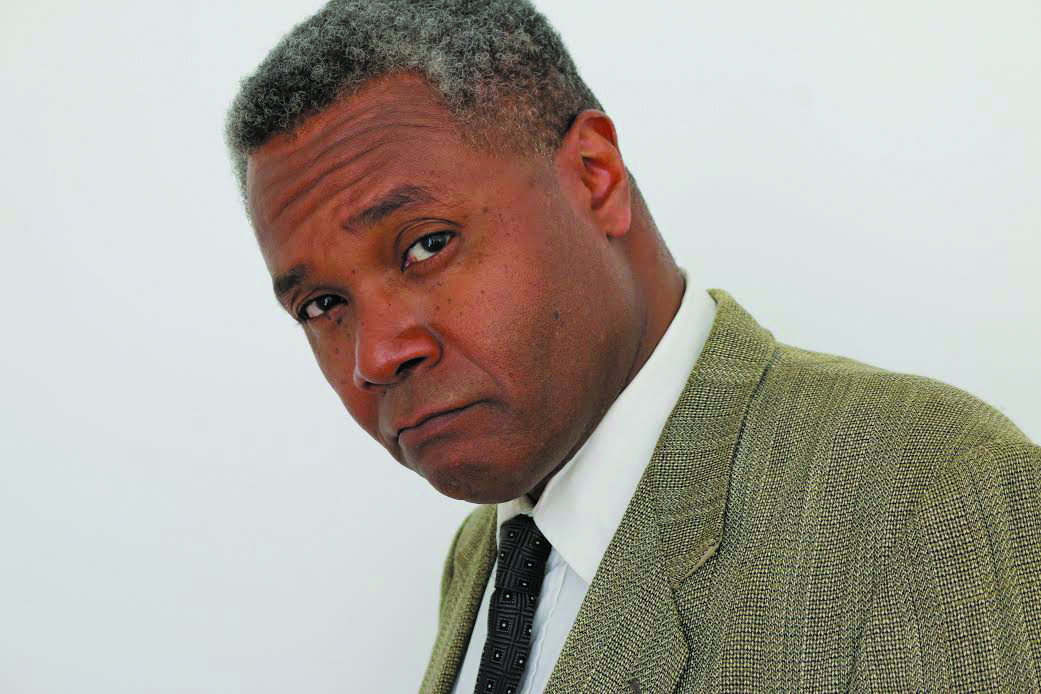 BY GENNA RIVIECCIO| The phrases “Ayn Rand” and “sought after for a revival” don’t exactly go fit together naturally. Especially in the era of Trump, when Randian political extremism in art is more feared and frowned upon than ever. Nonetheless, the Lincoln Stegman Theater in North Hollywood dares to take on the polarizing figure through a medium she’s less known for: Playwriting.

Starting June 3 and running through June 18, the author’s seldom-staged “Night of January 16th” will present Darryl Maximilian Robinson in the role of District Attorney Flint. Originally produced in 1934 (under the title “Woman on Trial,”) the play garnered positive reviews in part due to its engagement with the audience as interactive participants in the jury of the aforementioned trial.

The play will be imbued with a fresh take by The Emmanuel Lutheran Actors Theater Ensemble (ELATE), featuring Robinson as a prosecutor heavily invested in the case of The People of The State of New York vs. Karen Andre. Karen Andre, of course, is the secretary to business magnate Bjorn Faulkner (on whom Match King Ivan Kreuger was based.) Rand’s murdered character is based less on a single real person as the overall ambitious and fatally appetitive nature of the businessman in American culture – something that remains more resonant than ever in the current Reign of Orange Terror. Arguably the most detrimental character flaw in any man of power is his weakness for women, and Karen proves no exception, with her dual position as secretary and lover making her a force to be reckoned with in Faulkner’s life. Indeed, it rather sounds like Abel Ferrara’s “Body of Evidence” borrowed a lot of ideas from this play.

Directed by Jeff Zimmer, who also collaborated with Robinson for Tad Mosel’s “Impromptu,” the play will be given the revival it deserves after so long being forgotten in favor of some of Rand’s other, more controversial work (chiefly, “The Fountainhead” and “Atlas Shrugged.”) Plus, for good Shakespearean measure, actresses in roles traditionally played by males will include Gerrie Wilkowski as Judge Heath, Therese Hawes as the writing expert, Chandler, and Lisa Cicchetti as the medical examiner, Dr. Kirkland.

There would probably be no pleasing Rand with any reinvented version of her original work, as, at the time of the play’s production, she ended up getting involved in a legal battle with the producer, Al Woods, who not only made numerous alterations Rand did not approve of, but also funneled a chunk of her royalties in order to compensate the very script doctor she never wanted. But ELATE might just have been able to bring a nod of approval from the stalwart playwright/author by intending to stage the play off of the definitive 1968 version of her script. And, best of all, they plan to keep intact the most inventive aspect of the play: the involvement of the audience as the jury.