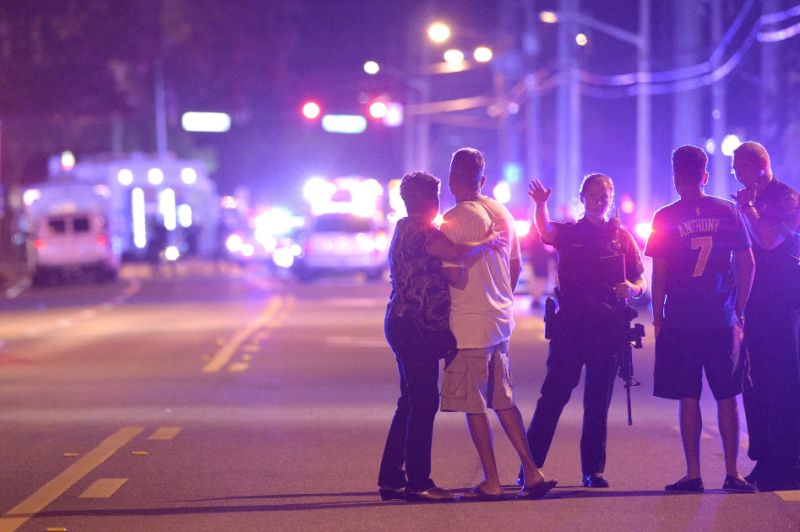 Authorities say the massacre was being investigated as possible terrorism.  The gunman, an American citizen, born in New York City, was shot and killed by the police.

The City of West Hollywood issued a statement:
“There are no words that capture the heartbreak we feel today. The tragic shooting massacre last night in Orlando, which took the lives of more than 50 people, is nothing short of horrific. This is a terrible reminder to the LGBT community that, though we’ve achieved so much in our fight for full equality, there is still much work to be done for love to prevail. In West Hollywood today, LA Pride will go on. As we march in the streets today under gray skies, and as we take a moment of silence to grieve together before the parade begins, our hearts will be heavy but our resolve will be strong. Public safety is our number-one priority and the City of West Hollywood is on heightened alert and is working closely with the Los Angeles County Sheriff’s Department, the Los Angeles County Fire Department, the Los Angeles Police Department and the Federal Bureau of Investigation to ensure a safe LA Pride in West Hollywood.”