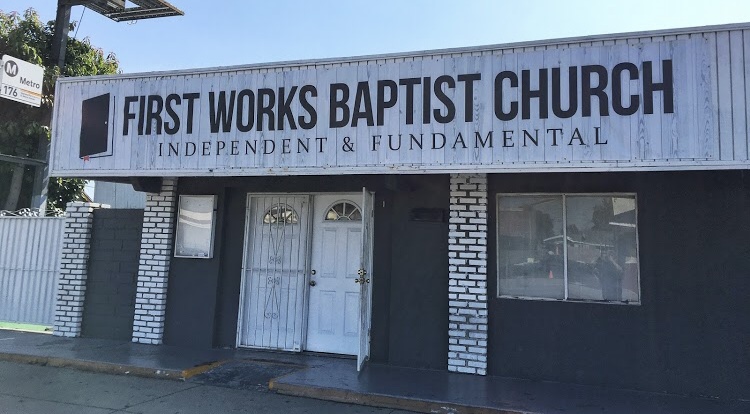 An El Monte church that had been threatened this month with an arson attack over its condemnation of same-sex marriages was damaged early Saturday, Jan. 23, when someone threw a bomb at the building. The FBI and local police are investigating the explosion.

Officers responding around 4:30am initially thought a vandal had broken the windows of First Works Baptist Church, said Lt. Christopher Cano of the city’s police department. Officers then noticed smoke coming from inside.

“Then we realized that the windows were not smashed, that they had actually blown out from some type of explosion,” Cano said.

Officials didn’t immediately detail the extent of the damage inside the church east of downtown Los Angeles and no injuries have been reported.

Eimiller said it was premature to call the incident a hate crime, but “that’s always going to be considered as a theory when a house of worship is attacked.”

Protestors have repeatedly targeted the church headed by Pastor Bruce Mejia, who has condemned same-sex relationships.

A statement on it website says: “We believe that homosexuality is a sin and an abomination which God punishes with the death penalty.”

Mejia’s sermons and the church’s stance were called hate speech during public comments at an El Monte City Council meeting.