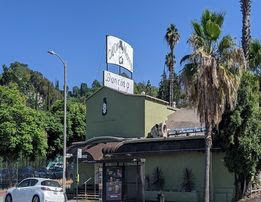 Oil Can Harry’s, the iconic and beloved gay country western line dancing bar, located in Studio City, is closed for good after 52 years.

A message posted back in Nov. 5th, 2020, assured customers that the bar would return as soon as they were allowed during the COVID-19 pandemic.

“Happy New Year to all!

2021 has not brought great news to OIL CAN HARRY’S: The property sold in December, thanks to Monty and Jon just needing to shut down another establishment. It was purchased on December 9th by a new buyer, who wants to have their own venue with Jazz music.

So, at this time I have to vacate the property–nothing bad or ugly, just something I have to do.

I fought hard to keep it, but just had to give up!!”

Established in 1968, the gay bar and dance hall was known and loved for its various themed nights catering to all walks of life. It featured karaoke nights, line dancing, retro-themed parties, leather, rodeo and other special events.

Oil Can Harry’s has hosted or partnered with the Wranglers, LA Rodeo, LA Band of Brothers, Silverstreak Softball, Los Angeles Leather Coalition, Gay Men’s Choir, The Troupers, The Flos, Martha Wash, Christopher St. West/LA Pride, Valley Pride and countless other organizations and entertainers. Throughout the years Oil Can Harry’s has been many things to its customers, but most importantly a place they can call their own.

The property at Oil Can Harry’s was owned by Monte Overstreet. Overstreet owns the real estate at the spaces that once housed the Gold Coast Bar, the Rage Nightclub and the Hallal Guys, which all went out of business due to rent negotiations gone south.

John Fagan also blames Overstreet for the loss of his half-century-old business, saying sarcastically on the bar’s website that Overstreet and his partner were eager to “shut down another establishment,” so they decided to sell the building.

Corona-virus has put a spotlight on the tricky relationship between landlords and tenants, especially within the nightlife world. Clubs and bars have been unable to fully reopen since March, operating under strict rules from city, county, and state public health officials to remain closed, albeit with little to no financial assistance. Places like Oil Can Harry’s have, as a result, been left at a massive disadvantage, and there’s little hope of bars being allowed to return to ‘normal’ any time soon.