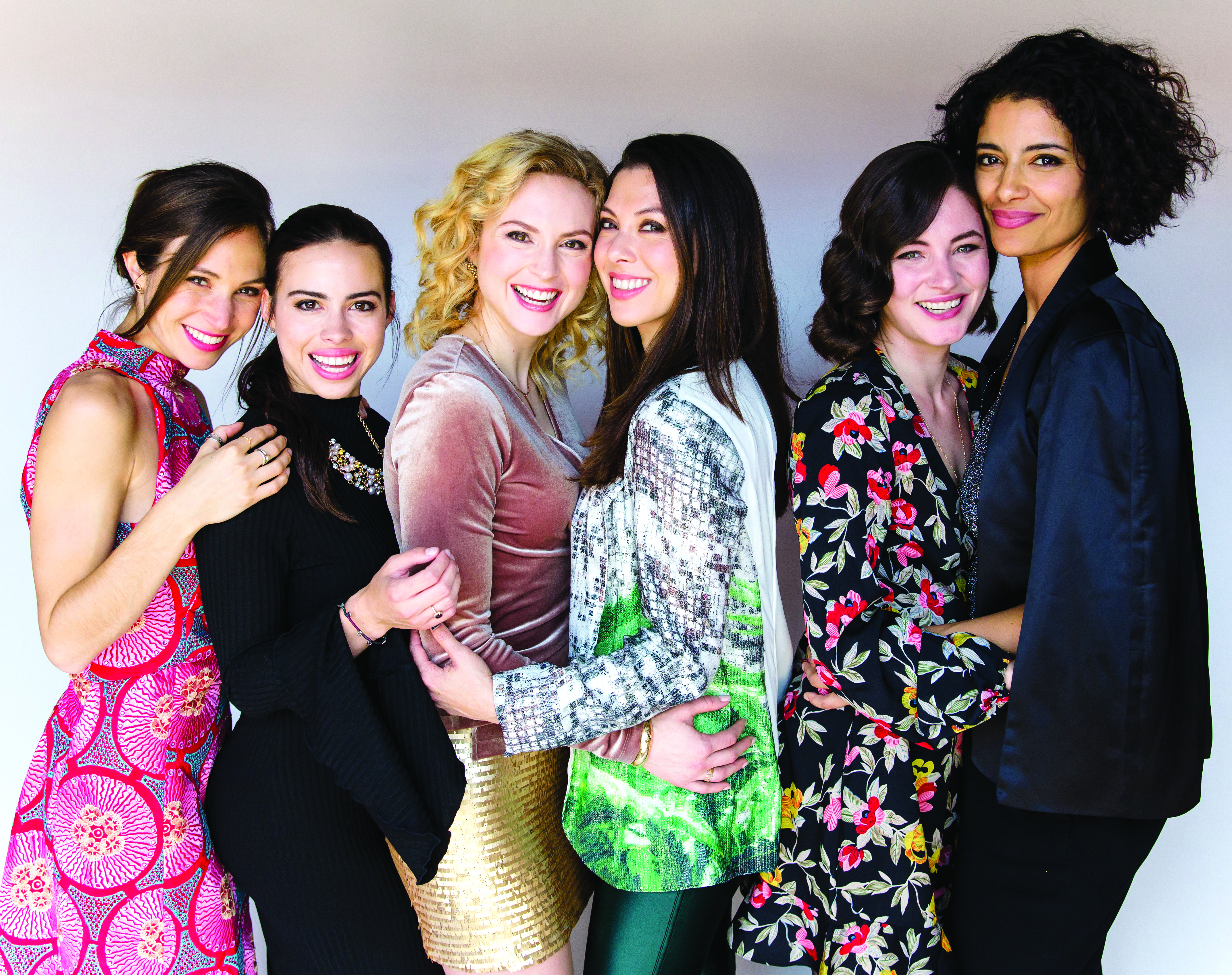 Every holiday season traditional and streaming networks create a ton of holiday romantic comedies but they consistently fail to create meaningful stories from the queer perspective.

Written by Kathryn Trammell, directed by Christin Baker, “Season of Love” is a lighthearted rom-com featuring a large ensemble cast of diverse women and their connected love lives during the hectic holiday period just before Christmas through the New Year who discover love truly is the best gift of all.

Decrying the lack of LGBTQ+ characters and more specifically LGBTQ+ female leads in holiday movies, Tello Films and DASH Productions are proud and excited to be breaking grounds and releasing the first ever Holiday romantic comedy for LGBTQ+ women, Season of Love this December.

“We talk a lot today about diversity on screen but it’s also important to talk about diversity behind the camera.  Season of Love has a queer female writer, director and producers that shape the voice of the film and it rings so true to a queer woman’s experience because we have queer women all over this cast and crew. It’s a delight to be part of that,” said Goss.

The Pride LA spoke with Baker about her experience creating the ultimate queer holiday movie. Check it out:

In one sentence, what is Season of Love?

Season of Love is the holiday RomCom that you’ve been waiting for!

The producing team of Season of Love (Ashley Arnold and Danielle Jablonski) was inspired last holiday season because there wasn’t one Holiday movie that had a queer lady storyline.  Ashley said that it was time that we did something about it and came up with the idea to do a call for holiday RomComs.  We launched it during the holidays in 2018 and now here we are a year later releasing the first Queer Lady Holiday RomCom.  Written by Katheryn Trammell it has a “Love Actually” vibe with 3 interconnected storylines with their own level of cuteness and all the holiday feels and magic.

I love directing, I love working with actors so that is my happy place.  It only added to the joy that this project was so well written and it was the chance to direct something that I knew I would want to watch and the community would want to watch.

What makes the movie unique?

Of course there have been plenty of others with main and supporting queer characters but never one film that had a 100% LGBTQ storyline.

There have been really great Queer Holiday movies but the different love stories in this one is one of the most fun and unique aspects of this movie.  I think people will find a storyline that really speaks to them.  A couple that they can relate to, which is so fun.

LGBTQ+ representation is really improving a lot on screen which is fantastic. But despite there being over 40 holiday romantic comedies scheduled to come out this holiday season alone there has still never been one that focuses on LGBTQ+ women. So we decided to change that!

Our film features six diverse female characters. Many of the actors identify as part of the LGBTQ+ community as well as the writer, director, producers and many others behind the camera identifying as queer women. We also believe that it’s important to have diversity in casting and are so proud that all three of our main couples are interracial and that one of our lead characters is also deaf. We’ve tried to make this film authentic to the queer experience, where the characters just are who they are and love who they love. While the majority of LGBTQ films feature coming out stories or stories of struggle or stories that rely on the stereotypes of their sexuality, this movie doesn’t. It’s not about coming out, or dealing with homophobia. It’s truly a fun, romantic comedy with a happy ending for our community. As one of our actors, Jessica Clark says, “This is our ‘Love Actually’.”

What was your favorite scene to direct? Why?

Oh, that’s such a tough question!  I can’t pick just one… I loved directing a scene where our character Iris is drunk after her husband leaves her at the alter.  Emily Goss played it spot on and Jessica and Janelle were so fun watching and trying to help this train wreck friend.  Anytime Jessica Clark had to drop something, she plays a clutz really well, which you’d NEVER guess but she’s so good at it!  I never had to say “that looked fake” because she sold it every time. There is an adorable scene where Janey sings to Sue and Janelle and Dominique was just so cute.  They played off of each other so well and it’s a very sweet scene.

Why should people watch this?

Because Love.  It’s a feel-good, fun, love story and we can really use that right now, I think.

Our hope is that it becomes a classic holiday movie staple for our community.

The film is now available online for pre-sale and will be available for rent and/or purchase on December 1, 2019