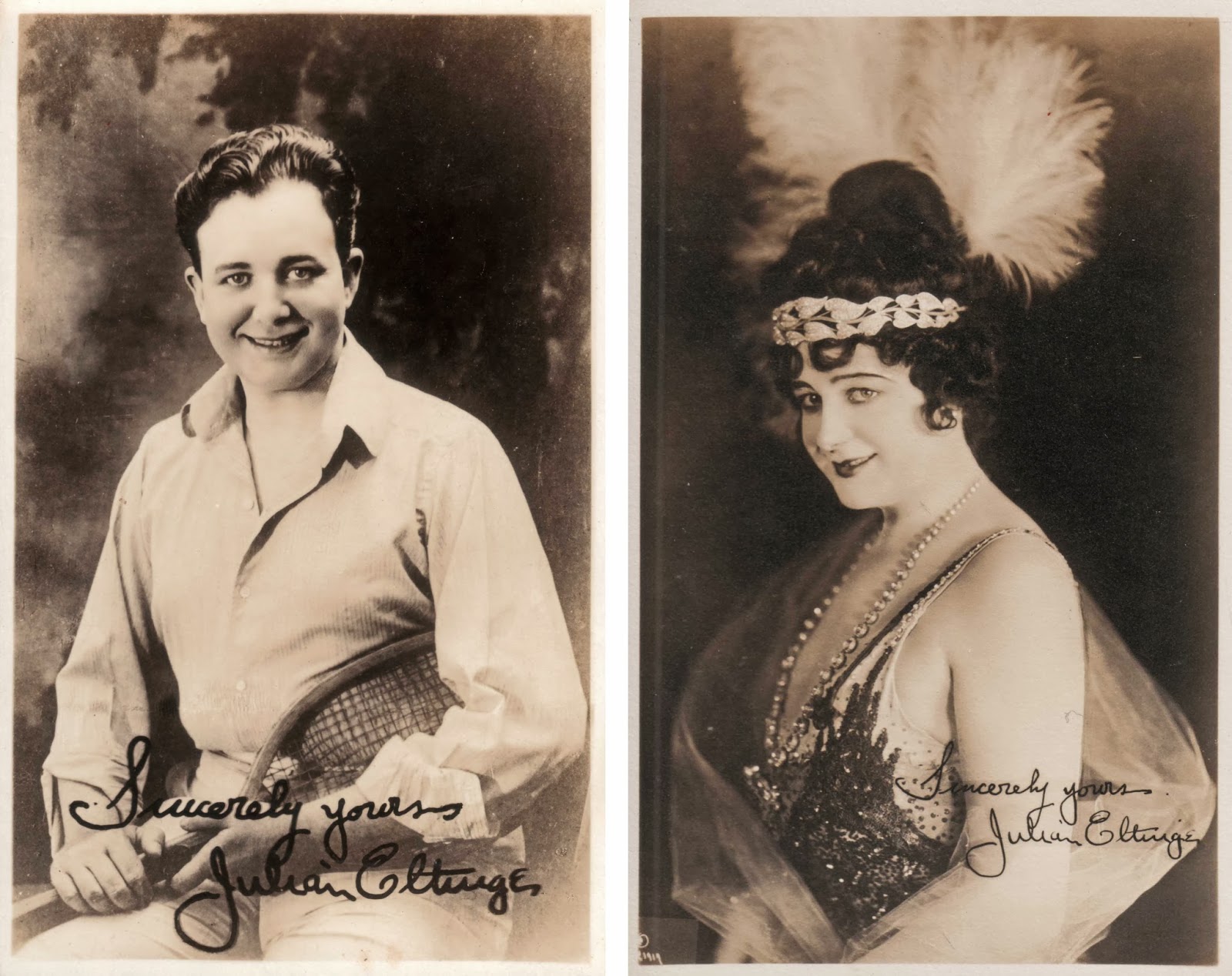 Once upon a time, in a place that bears a faint resemblance to the Los Angeles we know today, there was a city full of crossdressers, queers and vaudevillians trying to make it in the entertainment industry. When the nascent film industry came to town in the early 20th century, it created a reason for performers of all kinds to come to the City of Angels to make their name, no matter how bizarre or localized their stage acts might have been.

One of these people was named Julian Eltinge. When the Massachusetts-born actor, originally named William Julian Dalton, realized he had a knack for female impersonation at an early age, there wasn’t exactly a booming market for it. While some might have kept their skills under wraps during the puritanical first few decades of the 20th century, Eltinge quickly found a way to capitalize on his skill.

He made his name in Boston starring in an American play based on “Charley’s Aunt,” a British sensation which had been making the rounds in London due to its juicy lead role for a male comedian. The plot of “Charley” hinges on a college man who must – for convoluted, nonsensical reasons –  impersonate his friend’s elderly aunt. The role, played by Charlie’s older brother Syd Chaplin in the 1925 filmed version, was a perfect fit for Eltinge, whose ability to “pass” was applauded by critics early on.

Though the American political climate in the early 20th century was decidedly conservative, the entertainment world had free license to let its freak flag fly during the 1920s and early 30s, up until the passage of the Hays Code, which would prohibit queer visibility in films almost until the end of the studio system, unless queer characters were soundly punished by the final curtain. Though Eltinge was primarily a stage performer, the same social mores that changed Hollywood from a giddy free-for-all to a prudish hit machine in those years affected him just as much during his time on stage, whether he was playing a matronly aunt in “Charley” or a coquettish seductress in “The Fascinating Widow.” Dubbed “Mr. Lillian Russell” for the glamour he was able to channel during his performances, Eltinge soon had L.A. hooked on his act.

But the 1920s soon made way for the more conservative, depressed 1930s in Hollywood. While Eltinge had always been adamant about his heterosexuality in order to quash career-ending rumors about his craft, the staged bar fights and public displays of butchness didn’t do much to dissociate Eltinge from the queerness of his craft. To describe Eltinge’s comfort switching between the sexes (both onstage and off) Dorothy Parker coined the term “ambisextrous.”

Unlike actual trans performers like Billy Tipton and Wilmer Broadnax, Eltinge was able to leave his act onstage rather than having to go stealth to survive. Still, during a time where wearing more than one article of clothing belonging to the opposite sex was enough to get you thrown in jail, Eltinge’s entire existence seems like a kind of miracle. For Angelenos, there’s one part of Eltinge’s legacy that can still be enjoyed today. His lavish estate, Silver Lake’s Villa Capistrano, still stands tall, even if few who pass it know the complicated, brave history of the man who erected it in the first place.