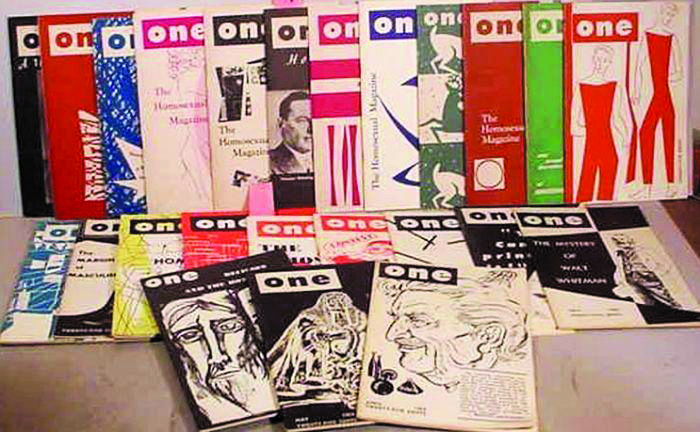 When the Supreme Court sided with a gay magazine, history was made.

Before the 1950s, America didn’t have any gay publications. While there may have been pulpy Gay and Lesbian fiction for folks to read and a few movies about gay life playing in cinemas (1936’s “These Three” and 1944’s “Laura” come to mind,) there weren’t any magazines or even pamphlets that queer folks could pick up to read about gay life. To put out an out-and-out gay magazine was just too risky, and while Lisa Ben, the RKO staffer who put out the country’s first lesbian magazine-cum-newspaper in the 1940s, was responsible for penning entire issues of “Vice Versa,” she had to keep it quiet.

Then the 1950s happened. The Mattachine Society, started up by Harry Hay and a few other prominent gay men in Los Angeles in 1950, decided to start up its own publication: Something that would cover serious political issues concerning LGBT rights as well as topical subjects and happenings. The first issue of ONE magazine came out in January 1953, and while the Los Angeles gay community was happy about it, law enforcement was not.

To put things in a bit of context: This was before Stonewall, before the Black Cat protests in Silverlake, even before the Cooper’s Donuts riot in 1958 where rent boys and drag queens headed off the cops at a late-night hangout in L.A.’s “gay ghetto.” The world may have been ready for ONE magazine’s frank treatment of civil rights, social justice and gay life, but the U.S. Postal Service was not. A magazine boasting the headline “Something About Sailors” simply wasn’t going to go unnoticed by the world at large.

According to Matt Baume, who hosts the podcast “The Sewers of Paris,” ONE tried to come out quietly in the early years, featuring:

“No matchmaking ads; no racy photos; no descriptions of physical intimacy—even cuddling. But the following year, an issue contained ads for sheer pajamas and a short story that involved some touching, which led the Post Office to seize the issue.”

The Post Office refused to mail issues of ONE through the mail. While issues were mostly sold in bars, it was being mailed enough to get under the skin of Los Angeles Postmaster Otto Olesen. ONE found itself on the wrong side of the law, with no one, not even the L.A. ACLU to help out. ONE’s attorney Eric Julber had a long journey ahead of him. He not only had to convince the Supreme Court that ONE wasn’t “filthy.” He had to make a strong case that a publication dealing frankly with homosexuality isn’t the same thing an obscene or pornographic publication.

And miracle of miracles, he won. After losing out in court the first time, Julber got a swift reversal in 1958, thanks to the fact that previous cases dealing with nudity and “polygamy” had eventually won. While this victory might seem small to us, it set an important precedent. Even before the official start of the Gay Rights Movement, ONE was making history, right here in L.A.