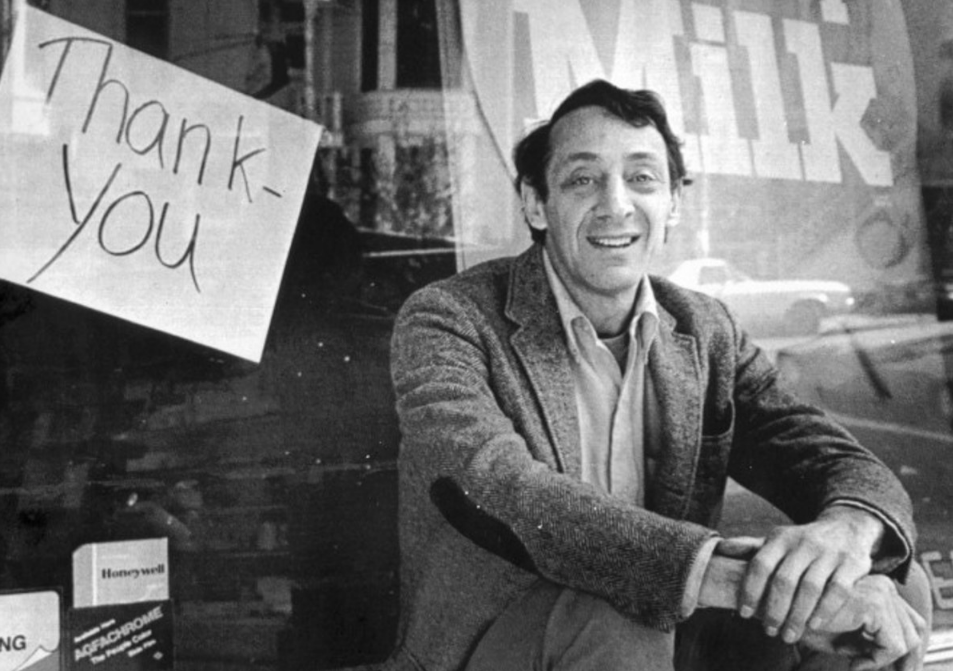 About 41 years ago, first openly gay elected official Harvey Milk made history after winning a seat on the San Francisco Board of Supervisors, and 40 years ago today – he was murdered.

“It’s not my victory, it’s yours and yours and yours,” Milk said after winning. “If a gay can win, it means there is hope that the system can work for all minorities if we fight. We’ve given them hope.”

Milk and the mayor of San Francisco at the time were gunned down at San Francisco City Hall the following year on November 27 by fellow board supervisor Dan White. Nearly half a century later, Milk is an LGBTQ idol, with a butterfly effect legacy, rippling into the current politics of today.

During his short time in office, he helped pass the country’s first gay rights ordinance, sparking the beginning of the Gay Rights Movement on the west coast. He also lead the front against Proposition 6 – a bill that would ban gay and lesbian identifying individuals from teaching in public schools. Milk is also greatly attributed to widespread representation of LGBTQ members in politics. The Rainbow Wave of this year’s midterms exemplifies this. The most recent elections not only say a record breaking number of queer people running for office, but won those positions as well. Voter turn out in the LGBTQ community was at a record high as well.

Not only did Milk lead the ay for LGBTQ representation in politics, but he was a dynamic politician with a multi-issue platform. Milk represented the underdog; those displaced by gentrification, racial and economic minorities, the hippies. His killer, White, represented the traditional working class Catholic families that felt threatened by the fringe groups gaining political traction.

“Dan White ran talking to people in his district about how he would work to rid San Francisco of social deviants,” Historian and author of “Harvey Milk: His Lives and Death” Lillian Faderman said, as reported by NBC News.

Milk expected such punitive reactions after his push for equal rights, though. After his death 40 years ago, a tape recording of Milk was released. He had created it before his death, with the instructions that it “be played only in the event of my death by assassination.”

“I fully realize that a person who stands for what I stand for, an activist, gay activist, becomes a target or the potential target for somebody who is insecure, terrified, afraid, or very disturbed themselves,” Milk said on his final tape. “Knowing that I could be assassinated at any moment or any time, I feel it’s important that some people know my thoughts.

“I would like to see every gay doctor come out, every gay lawyer, every gay architect come out, stand up and let that world know,” Milk said. “That would do more to end prejudice overnight than anybody would imagine. I urge them to do that, urge them to come out. Only that way will we start to achieve our rights.

“If a bullet should enter my brain, let that bullet destroy every closet door in the country,” Milk said on the tape recording.

Milk felt that the act of coming out – of telling one’s own truth – was so powerful because it eliminated fear.