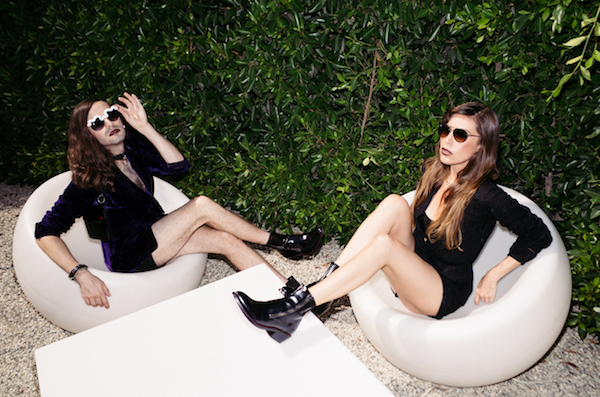 The fashion industry can be rigid, tough. And until recent years, tall, white, skinny and cisgender.

But designer Nik Kacy is ready to shake that all up with Los Angeles’ first LGBTQ+ Fashion Week, which kicks off Friday night with an exclusive fashion show.

“If you want to give back to our community, this is a great way to do it,” Kacy said. “Getting the entire community together and celebrating everyone.”

Kacy is no stranger to the exclusivity of the fashion industry. Growing up trans and non binary, Kacy said that they were never able to find shoes that adequately expressed their sense of style.

“Why do products and materials have to have genders?” Kacy pondered. So they created their own footwear line. It is with this success in the fashion industry that the Montrose Hotel reached out to Kacy, asking them to help put on a fashion show.

Kacy liked the idea, but they wanted to expand it to a proper LGBTQ+ fashion week, rather than a one-nigh-only event. After all, both New York and San Francisco have an LGBTQ+ Fashion Week, why not L.A.? Kacy has organized a weeklong event, gives the queer designers, models and performers more access to the Industry, with pop-up events all over L.A. throughout the upcoming week.

“It was about the fact that most of us in the queer community, we struggle,” Kacy said. “We have so many extra hurdles. Entrepreneurs have access to bigger Industry events, like L.A. fashion week. All these fashion weeks around the world are prominent in our line of work, yet we can’t afford to be in them.”

“We just wanted to give priority to trans, non binary and people of color,”Kacy explained. “Those are the people we don’t get to se enough so those a are priority, but that isn’t to say we didn’t want to exclude cis-gender or non-POC. I wanted to include everyone in all of our community.”