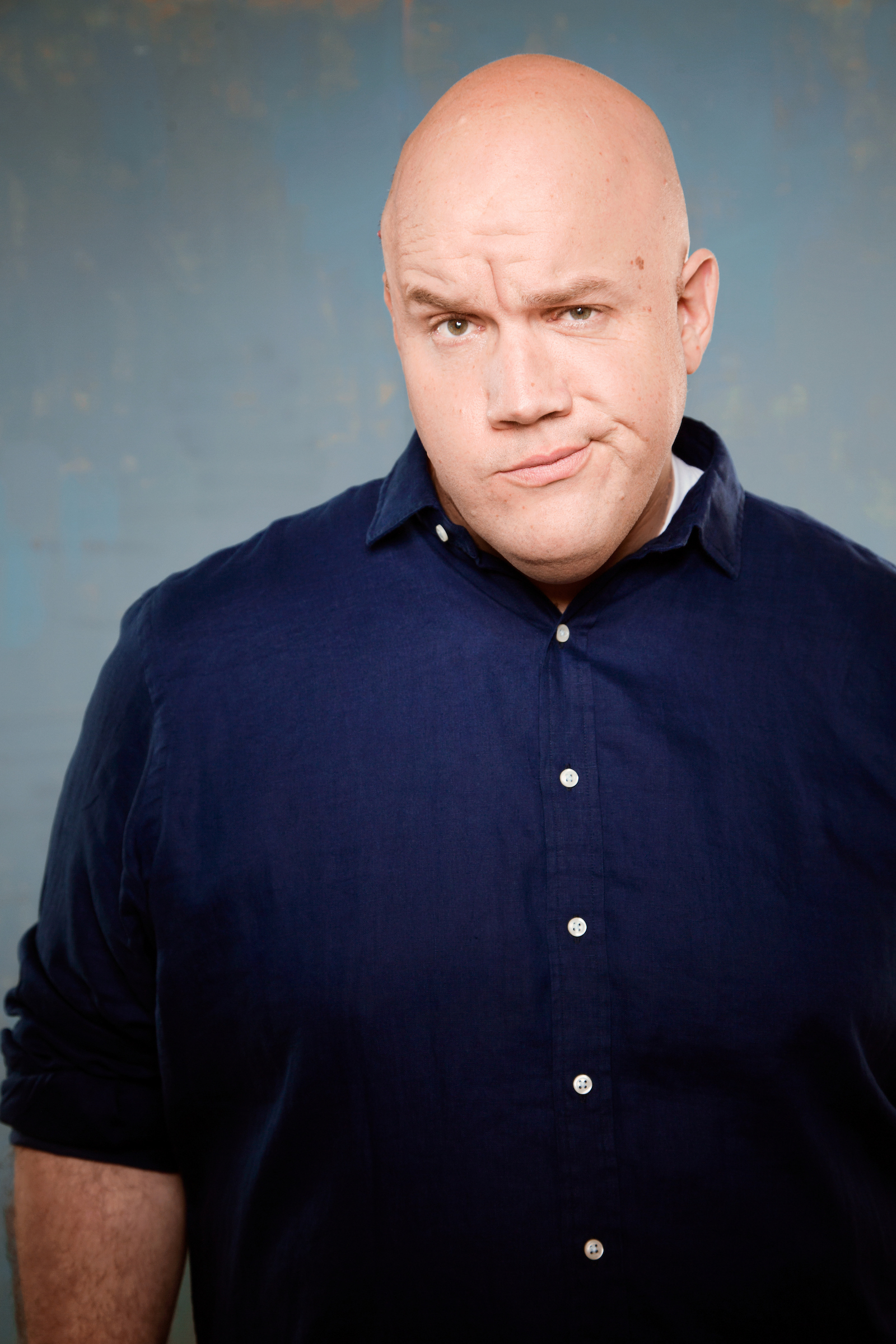 Openly gay comedian Guy Branum is big, loud and sweaty. And he’s here to make a space for himself in show business.

Adding author to his laundry list of accomplishments in the media industry (podcast, album, game show host, you name it, he might have done it), Branum’s recently released memoir explores what it is like to not only stand out while growing up, but to thrive as the goddess that he was destined to be.

When describing his book, Branum writes that it is about, “the life I was supposed to lead as a sad, fat, closeted bumpkin and my decision to be something thoroughly more fabulous. My life has not been practical, it has not been meaningful…but it has at least stayed interesting. Because a goddess’s job isn’t to be good, it’s to have compelling stories lyre players can tell about her at the courts of kings and princes.”

The Pride L.A. talked to Branum about his book, being a gay comic and where he’ll be performing next.

How would you describe your style of comedy?

My comedy is loud and sweaty. Some would say it’s personal, some would say it’s observational, but I would say the most distinctive feature of my comedy is that I’m probably angry and yelling at someone about something that doesn’t matter and sweating at least a little bit. I’m very large, I live in Southern California, sweat is an issue

What is your all time favorite joke? (Your own, another comedian’s, knock knock joke, classic sketch, whatever)

A very funny comic named Betsy Salkind has the funniest joke ever. When anyone says to her “You’re a comic, are you funny?” She always says “It’s not that kind of comedy.” I love that.

Who inspired you growing up? How did you cultivate your sense of humor?

As a child I loved any stand up I could watch. I remember watching Rosie on Star Search and thinking she seemed like someone who’d be friends with my sister. It was also really cool when I saw queer comics on tv for the firs time in the 90s. They were pretty much only women, but I remember seeing Marga Gomez on Comic Relief and being enraptured by how funny, smart, and beautiful she was.

You must be excited to headline at Flappers Comedy Club on Friday. What led up to this show?

My agent said “you want to do a set at flappers?” and I said yes, because Flappers is a fun club and I love any chance to go to Burbank. There’s always something you need to pick up at Ikea.

What can the audience expect to take away from the night?

I’m working on some new material, so they’ll have to sit quietly and wait for me to figure out where the punchlines are. I expect they’ll get a lot of rest. Plus a keen understanding of where I am in my laundry rotation. If I show up wearing a Hawaiian shirt my mom bough me in 1991, that probably means I haven’t been to the dry cleaners. That’s some valuable information about who I am to walk away with.

Tell me a little bit about your new book, “My Life As A Goddess.” Why did you decide to write it?

I like being paid money to talk about myself. Writing about myself is slightly harder, but I’m willing to do it, again, if there is money involved.

I write for TV and stand-up all the time, but it was nice to work on something where I was the only person whose vision had to be satisfied.  The book is a trip through who I am, and if you don’t like it, we probably shouldn’t be friends.

What can readers expect to take away from it/ what do you hope to press upon readers?

There’s a very good cobbler recipe in the second half of the book. Also, that night clubs and club drugs are cool and people should enjoy them.

Can you tease one thing in the book that reader might be surprised or shocked to read about?

My home was searched by the Secret Service in 1998, also, there is a chapter about the history of Canada.

Why is it important for the LGBTQ+ community to have representation in the world of comedy?

Gay people have had to live our lives having the story of who we are told by straight people. We’re not used to being able to talk about ourselves, and to the extent we are, we’re used to talking about ourselves in terms of tragedy. Gay life is FUN, it’s gay. We need people reminding us of that.  Also, it’s important because I have to pay rent and I am a gay comic.

What is one thing you’d want to tell the LGBTQ+ community regarding consuming media or participating in the media/show business industry?

Gay men don’t have to spend all of our lives over-identifying with women. It’s fun, it will always be part of our culture, but we’re allowed to want our own stories told, too.

Guy Branum will be performing at Flappers Comedy Club Friday, Sept. 14 at 8 p.m. and 10 p.m. For tickets and more information, click HERE.